What is your favorite crop circle? (1 Viewer)

Have you ever come across a crop circle that just really stood out to you? What is your favorite one?

It may be hard to go back and find the exact one, but you could have remembered some key elements to it such as the physical location and a part of the pattern or design that came up at the time.

If you do manage to find it, feel free to post the photo here, and make sure you link to the source to credit the author. If you have the time, please also explain why it stands you to you — why is it important? What comes to mind when you push away all thoughts, and just let an explanation pop in about what its purpose is?

Because I can't think of a specific one I am going to search online for 'the most amazing crop circles' and pick the one that resonates the most. One of my favorite websites was listed first on the list — an article by Collective Evolution about crop circles.

Here is one that stands out for me.

Photo from planetpics.com
​
When I just sit here and think of this image, what comes to mind is that this image is depcting the cycles of life in connection to not just the planet Earth, but so many other aspects of creation. But I think this really fits more into our times, and directly relates to the shift in consciousness.

At the center is a double ringed circle that is likely representing the Sun; I also see the first ring within the outer contain this same center image, but only one other, a round circle which is likely the Earth. I feel this is key to understanding and unlocking the meaning.

There are 14, and then 18, circles around the outermost ring. I feel this relates to the years of 2014-2018 and likely indicates that these years are extremely important in terms of change and energies impacting us, during the shift in consciousness.

If you look at the third inner ring, there are 11, and then 12 circles. This was created in 2011, and 2012 of course matches up with the end of the Mayan long count and the 2012 phenomenon — even though the actual Galactic Alignment took place in 1998 (Which is the precise alignment of the solstice point (the precise center-point of the body of the sun as viewed from earth)), and the era of the changes in terms of the time frame and zone is from 1980 to 2016 (18 years). Back in 2012 the December 'solstice sun' did align with Galactic Center in terms of the Mayan link, but was one-half of a degree out in terms of the exact alignment which was 1998. (This is a very common misunderstanding, that the actual 'galactic alignment' took place in December 2012)

The Earth is therefore sitting next to the 12th circle, which would be 2012.

All that numbers stuff is not important, what is important is that I see it as representing great change within our times right now. Whether man-made or not, it doesn't matter as consciousness is consciousness — if it comes through as an idea into a single human mind, or through the consciousness of Mother Earth, ETs, nature spirits, or anything, it is still manifested from the same source in the end.

You may be left wondering why it was so important that the Mayan's matched up December 2012 as the end of their calendar? Well firstly it's all tied into the astrological ages, and the precession of the equinoxes, so it's not a random occurrence, but is based on fact via astronomy observations (And this is how astrology works).

What is the Dark Rift? Wikipedia states, "It's a series of overlapping, non-luminous, molecular dust clouds that are located between the Solar System and the Sagittarius Arm of the Milky Way Galaxy at a distance of about 100 parsecs or about 300 light years (2×1015 miles or 3×1015 kilometers) from Earth. The clouds are estimated to contain about 1 million solar masses of plasma and dust."
Last edited: Mar 28, 2018
Social Media: Facebook | Telegram | YouTube | Rumble
Lighthouse at the Oasis: Facebook | Telegram | Discord
My Services: laron.nz & OBE Course
Reactions: Anaeika and Stargazer
OP

Anybody? Nobody? Oh well...
Reactions: Anaeika 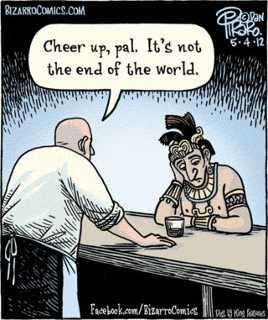 I am my potential.
Reactions: Laron
OP

This crop circle is my favorite because it has been interpreted. Although I do have other favorites because they just look beautiful. Lorna Wilson posted about how some children are able to understand and read these crop circles, but I haven’t yet found references online. 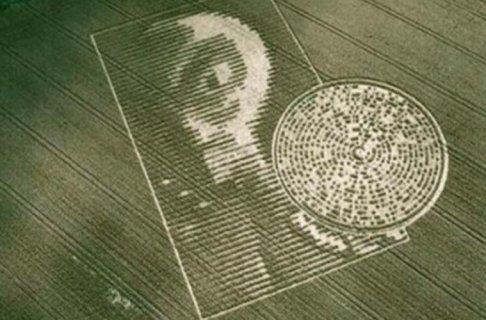 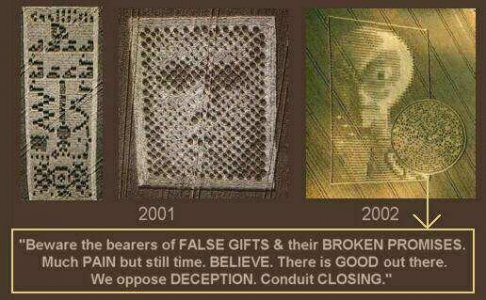 Anaeika said:
This crop circle is my favorite because it has been interpreted. Although I do have other favorites because they just look beautiful. Lorna Wilson posted about how some children are able to understand and read these crop circles, but I haven’t yet found references online.
View attachment 3987 View attachment 3988
Click to expand...

Oh you beat me too it girl! The bottom left one is my favorite! I love it bc it's a reply to the message we sent out to space on us. Some of these scientists are something else when denying it's authenticity. Ignorance more like it lol
Reactions: Laron and Anaeika
You must log in or register to reply here.
Share:
Facebook Reddit Pinterest Tumblr WhatsApp Email Link