How through medical science, human DNA is genetically modified (1 Viewer)

By Lisa Renee: Well, You see children of Light, There is a long backstory of nonhuman influences shaping humanity and planetary resources behind the scenes for a very long time. Many of the historical trigger events of our Galactic human history bear out these same influences, who are once again trying to superimpose upon and redirect the future of humanity for their own purposes. The more we recover our true history the easier it is to see the players and agendas behind the current events playing out in our globalscape. We are currently living through multiple trigger events purposed to permanently modify and eclipse all that makes us human. Many are awakening to see more clearly some of the players, institutional structures and hidden motivations working to achieve the transhumanist agenda and enslavement of humanity. The choice is before us, will we become AI assimilated into the Technocracy or awaken human consciousness to a much higher potential? 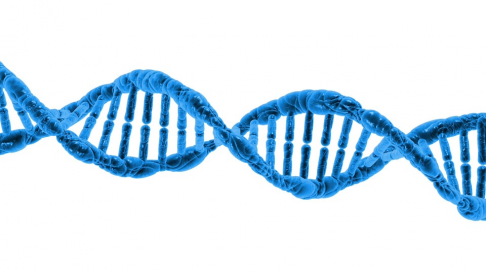 ​
We have been told by the current public faces trotted out by the Controllers, the unelected and elected representatives, that personal freedom and normalcy will not return to our daily lives unless we submit to their authority and participate in a mandated global vaccination plan. This month we will look at how the vaccination campaigns of the 20th century led by the Bloodline families and headed by the Rockefellers, were actually designed as chemical and social engineering programs for the Genetic Modification of Human DNA. These campaigns were engineered to interface with an assortment of other soft kill methods to implement a slow and invisible eugenics program that would eventually lead to cybernetic control and transhumanist goals.

The following information is not to be construed as medical advice, but is intended for your empowerment and to aid in your own due diligence research. Despite the urban legends, the public vaccination campaigns since the early 20th century were designed by the Controllers for genetic modification purposes and as controlled medical experiments. Public health and eradication of diseases were not the actual goal of these mass marketing campaigns. Behind the public façade, they were supporting the agendas of directed evolution and eugenics via the administering of synthetic compounds and chemical based genetic engineering, then marketing it to the masses as progressive science and medicine. Today, most medical authorities and patients actually have no idea what ingredients are being injected directly into their bloodstream through vaccinations. A payload of neurological toxins designed to Genetically Modify Human DNA and bypass all of the human body’s natural and true immunity is being delivered, forfeiting protection from pathogenic foreign invaders.

This information is intended to help understand the larger agendas of Genetic Modification of Human DNA through the use of chemical based genetic engineering and cybernetics used to prepare the human body to be a conduit for artificial frequencies in order to be enslaved as a cyborg biological machine.

Injections, GMO’s and synthetic pharmaceuticals that are commonly researched, manufactured and delivered through the system of the medical industry, are all based on standards set in place by partnerships made with the mafia run global health organizations. The global health organizations and scientific journals were established as friendly storefronts of credibility for the medical professionals and to block public scrutiny in order to make it appear as if there were watchdogs overseeing ethical medical standards of practice, while looking out for the greater good of public health. Nothing is further from the truth, in the corrupt environment run by the global health factions that use blackmail, bribery and lobbying to pursue their special interests and control scientific dogma. This is much more than corporate greed and incompetence; as it serves a much larger agenda for nonhuman interests. This includes the collusion of those organizations entrusted to set acceptable medical standards and health policy which regulate prescriptions, vaccines and injections, bio-tech medical devices and the ranges of toxic environmental exposures, while actually measuring the effects that these assorted chemicals and weaponized organisms have on human consciousness and DNA. We have entered a new era when these many substances are being combined with nanotech to functionally interface us with a host of electronic devices which transmit digitally coded frequencies, along with their artificial intelligence programs that are designed for collecting data, implanting thoughts, surveillance and hooking up our brain’s neuronal links into the hive net.

How Did We Get Here?

The Controllers have used the influence of the mainstream media and the mass promotion of the academic-science-medical system to prepare the masses over the past hundred years through chemical, social and genetic engineering programs to make the current generations much more susceptible to the idea of genetically modifying themselves to ultimately carry out transhumanist goals. When Cybernetics was popularized in the academic circles after World War II, ongoing conferences were organized by scholars throughout many disciplines for the purpose of study and experimentation on the types of control and communication that could be exerted over “the animal and the machine”, and then ultimately finding ways of merging them together. These conferences began the academic think tanks used by the intelligence community that further expanded into the secret society groups and the bloodline family’s covert meetings for troubleshooting the methods for steering control of the population. Thus, working on methods for influencing the collective consciousness energy potentials in the human mind to move us in the directions that they wanted us to go.

Essentially, they began to set up the border guards of the matrix throughout the control pillars of society, with the mainstream narrative on repeat lulling people to stay asleep and just follow the arrows painted on the floor. Cyberneticists focus on how any person or thing processes information, reacts to that information and then studies the stimulus response that needs to be introduced in order to change the behavior as well as the output levels needed to achieve the desired result for the control operator. Cybernetics is a vast interdisciplinary strategy that expanded its influence into the many fields of study within psychology, and clearly this was instrumental in developing multiple levels of strategies for exerting social control, mind control, Pavlovian classical conditioning, all leading up to covert brainwashing methods that are used for psychological warfare and MKUltra programming.

As a result of cybernetics being entrenched in science, academia, medicine and even the entertainment industry, many people have been brainwashed to think that implanting chips, neural links into AI brains and adding bionic parts will create an immortal superhuman. This is the supposed stated goal of cybernetics on steroids, evolved into the transhumanist agendas. Currently, the NAA is taking the mass genetic experimentation to the next level, the intended transmission for the embodiment of AI signals running throughout the human cells, bio-neurology and brain, which suspends free and independent thought and potentially creates mind-controlled automatons and cyborgs. The elite regularly promote cybernetic control theory experiments through their overall strategies to build out of the Internet of Things (IoT), Smart cities and the merging of humans with machines, promoting this as making positive strides towards improving society. In fact, as an example this year at Davos there was a special session dedicated to discuss the topic, “When Humans Become Cyborgs”

To achieve the end goals of cybernetics, methodical steps have been taken to re-structure society so the masses would easily obey authority, by shaping human perception with repeated mind control propaganda about the proven sciences supposedly behind these innovations, especially those being pushed through the medical industry.

Powerful medical directors or global health organization representatives can hold patents on designer viruses or other scientific discoveries in which they can effectively write their own white papers in scientific journals through paid grants or donations, establishing the precise conclusions that are favorable for selling, distributing or mandating their medical product for servicing the global supply. Otherwise said, major conflicts of interest exist at the highest levels when it comes to standards of enforcing public health. As long as bribery, intimidation, threats and blackmail are used to enforce public health, there is no real public health. Only the illusion that we have a robust medical system, which is actually based upon paid for science journals along with infiltrated academic environments and global health organizations employed by the special interests of the Controllers.

Thus, it was important for them to repeat the same false narratives over many years and to run marketing campaigns in order to condition the masses to trust the credibility of medicine by accepting the science journals, global health authorities and pharmaceutical corporations without question. High statistics of mortality and disability from hospital medical negligence, along with known pharmaceutical and vaccine damage has been completely ignored or brushed aside, to withhold that critical information from the public.

It has taken years of brainwashing through the mainstream media to train consumers to over-rely on the authority of the medical system, foregoing their own intuition, in which the medical consumer submits to the medical deity to prescribe various delivery methods of chemical based genetic engineering. Without the awareness of how these synthetic chemicals or combined “medicines” actually interact with their organic body immunity and human consciousness, informed consent has been subverted. The billion-dollar marketing campaigns of the main pharmaceutical global health conglomerates run the mainstream media news, in which they get to decide what commentary is allowed to be spoon fed to the masses, thereby eliminating any objective or critical information about the failures of western medicine.

By carrying out these deceptive anti-Christ agendas, these death cult bloodline families believe they get to rule the earth forever as living Gods, above any laws. The death cult Controllers covert mission has been to intentionally and systematically genetically modify organic human DNA for the purpose of enslaving humans as genetic specimens for ongoing experimentation and slavery, while supplying an unlimited access of energetic loosh and genetically hybridized bodies for the NAA. This includes the many hidden underground laboratories known to the elites, born from cyberneticists for this very purpose.

These are basically cloning stations used for genetic testing and genetic harvesting in which test tube babies, cloning, double sperm in vitro fertilization, SRA and removing the mother’s DNA and ovum from out of the pregnancy process, are ongoing live experiments. The misogyny knows no end in this twisted and sick world, in which the psychopaths are hell bent to genetically modify and create bodies that kill the inner Christ spirit and God spark within the organic human body. Thus, declaring these genetically engineered bodies and transhuman modifications as the new creation intended to be Satan’s spawn.

The Controllers completely infiltrated the academic, science and medical authority power structures throughout society, and installed those groomed and loyal bloodline death cult members into their top ranks to serve as the heads of industry and public faces.

The academic-science-medical system, bio-technology, pharmaceutical companies are controlled at the top by the members in the main factions of the death cult that answer to the highest levels of the Dragon Moth forces they contact during satanic rituals. To understand why these dark entities want unlimited access to control human physical bodies for their personal use, first we need to be aware that most of them are disembodied phantom creatures without the ability to incarnate into a corporeal form or recreate a living physical body on this plane. Genetic engineering human DNA serves this purpose for them, as they can more easily control our minds, possess our bodies, hijack our genetic code, sacrifice our children, and siphon our light source when we are filled with toxic chemicals and mind control, having no idea that they exist.