Bolshaya Udina, an extinct volcano, could cause catastrophic eruption (1 Viewer)

Russian geophysicist Ivan Koulakov has announced that Bolshaya Udina, formerly an extinct volcano in the eastern Russia, is showing signs of activity. He reports a fifty percent chance of eruption at any moment, which could lead have a catastrophic global impact. (Source) 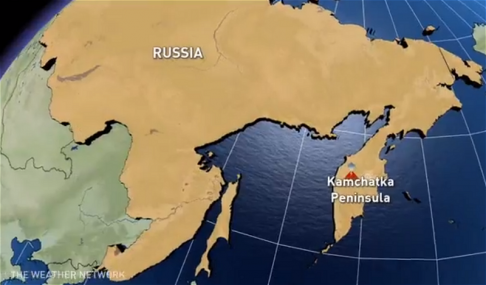 ​
It's location is on the Kamchakta Peninsula. Back in May, 2013, the deepest ever earthquake in recorded history was very close to that location.

His study notes that, "...this volcano is difficult to monitor because it is far from permanent seismic stations."

I've been waiting for a large eruption in the Pacific but I'm expecting it to be more centralised.
My OBE Course: consciousness.life | My Services: laron.nz
Social Media: Facebook | Telegram Channel | MeWe

Dutchsinse mentioned the Russians talking about this volcano in the video he made yesterday. I wonder why this volcano in particular would cause such a catastrophe.
Reactions: Laron
OP

Perhaps it's one of those super volcanoes. The Wiki entry doesn't have much information. 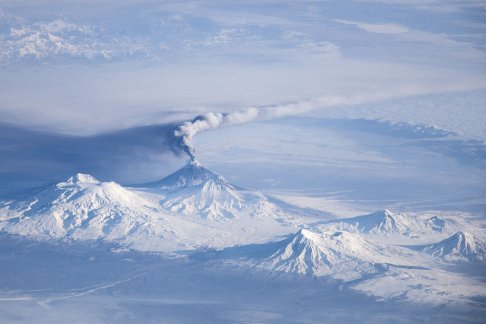 Annotated view includes Ushkovsky, Tolbachik, Bezymianny, Zimina, and Udina. Oblique view taken on November 16, 2013 from ISS.​
Here's a photo of it and a few others, from ISS.
Reactions: Lila and Angela

The reason why it could have a bigger impact is because it was a long time that it erupted. This signifies a big plug in the magma channel.
If it erupts then it will be more like Pinatubo that also blew it's top. Due to the plug the pressure mounts and when erupting the chance of a very high dust plume and thus impact on climate are bigger.

They also talk about Katla this way and a lot of other volcanos all over the world.
in my opinion you can do 2 things:
- Just make some good popcorn and watch the show... . eyjafjallajökull showed in 2010 that you don't have to be big to make a great show
- meditate/pray/visualize that the effects of the eruptions all over the world on life are limited or positive

having fear will not change anything
“Don’t judge each day by the harvest you reap but by the seeds that you plant.” - Robert Louis Stevenson
Reactions: Alain, Laron, Lila and 1 other person
You must log in or register to reply here.
Share:
Facebook Reddit Pinterest Tumblr WhatsApp Email Link