A Passage From Self-Unfoldment by Disciplines of Realization (1 Viewer)

"Man’s internal environment is as yet imperfectly controlled by will and consciousness. It is, therefore, erratic and inconstant. The imperfections of this lower self impede the flow of energy from the spiritual nature. The purpose of self-discipline is to order and reform the lower self that it may no longer be an obstacle to the purpose of the spirit.

In the terms of Taoism, man stands in his own light that is, between himself and that which he most desires. What we are prevents us from being what we desire to be. Discipline applied to thought and action enables the student to get out of his own way.

Next to what we are, our great problem is what we have. Possessions result in possessiveness or fear. Both of these emotions cause worry. A worried man is full of his own problems, and there is little place in his nature for the contemplation of the divine realities. There is an instructive old Chinese picture of a man who has great wealth which he is carrying on his back in a huge sack. The bag is so large that he cannot see where he is going or where he has come from, and smugly contented with his possessions he is stepping off the edge of a cliff. 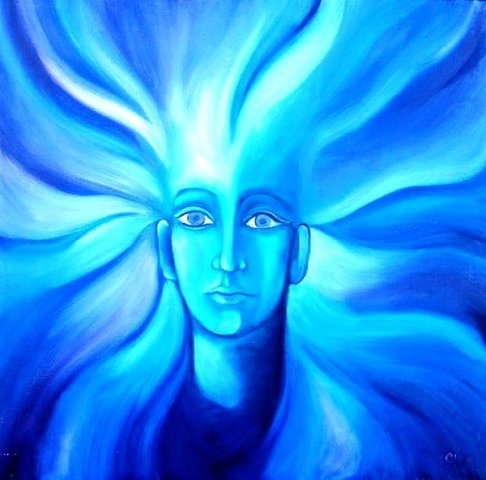 Artwork by Art by Sabine​
A rich man has external wealth of a fragile and impermanent nature. A proud or egotistic man has the internal equivalent of physical wealth. He is weighed down with the sense of his own importance. Anything that we have, even if it be only a high estimation of ourselves, is an impediment to progress. The greatest of all burdens is self-pride. A man can give away what he has, but only years of discipline can release him from the vanity of his own importance.

Do not feel discouraged if you encounter some small difficulties in establishing the philosophic life within yourself. One of the great problems of Western living is interruption. The Truth seeker is constantly beset by interruptions that tend to divert him from his spiritual ideals. These unexpected happenings are a testing of his one-pointedness. They are external interruptions and will continue as long as man’s internal life is negative to his external environment. However, when discipline makes the inner life positive and renders the environment negative, such interruptions cannot occur.

Tibetan monks are taught to meditate beside a great clanging bell. In time they reach a condition of detachment from the material life which enables them to be entirely oblivious of the sound. The distractions of life are appropriate parts of meta-physical training. They demand a concentration which greatly strengthens the will power of the student. For this reason it is inadvisable to hide in some secluded spot or retire from the world. Such a process negates the character and makes the student weaker when later confronted with stress.

Socrates was asked by a disciple where was the best place to begin the study of the sacred sciences. He answered instantly, “Where you are.” Many Truth seekers constantly talk about their plans to “get away from it all” with the hope of roosting on the top of some distant peak where nothing is to be heard but the soft, timid voices of nature. As far as I have been able to observe, none of these sensitive folk ever accomplishes anything physically or metaphysically."

Juicy.
Vibrate in accord with the universal notes​
​
I see it's time to change my signature message. Out with the old and in with the new! ​
Reactions: Laron and Linda

It is the "as soon as" syndrome, and I struggle with it, too. Although I don't have so many material things on my list, I do get bogged down with day-to-day living/surviving stuff. As soon as I clean up the kitchen and so on...

A good reminder that I can manage quiet, now moments next to the clanging bell of my to-do list.
Everybody all around the world - Gotta tell you what I just heard
There's gonna be a party all over the world
I got a message on the radio - But where it came from, I don't really know
And I heard these voices calling all over the world
Electric Light Orchestra
Reactions: Laron
You must log in or register to reply here.
Share:
Facebook Reddit Pinterest Tumblr WhatsApp Email Link