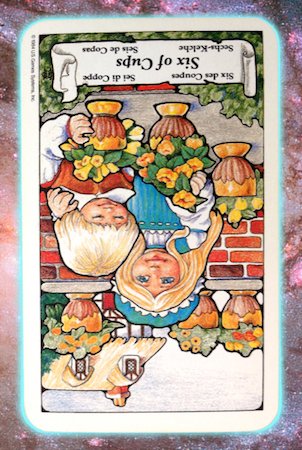 What have you gained from your time in reflection? What nuggets of insight has the past yielded, as you’ve dug into the foundations of your being, and your doing? It is well to have these congratulatory sentiments, as well as the reticent, if not regretful ones, neatly tucked into an orderly understanding of where you’ve come from. If you’ve reached this point in the game intact, most certainly you have reason to feel, at the very least, some sense of satisfaction for how you’ve managed things thus far. While that kind of feeling can go a long way toward bringing you the peace of mind you’ve craved, something’s telling you not to settle into for the long term. It’s not that the feeling itself is not grounded in truth, for it is. You are plugging along and making headway toward mastery of all that you carry, as a sovereign incarnated soul. It’s not that good feelings in themselves are fleeting. Sometimes they are, but it could just be that you haven’t found the core groove of goodness yet. As the past recedes, let the present integrate. The goodness is there, emerging, even now.

Or have you got it now? Dwelling on the past may feed your need for a nostalgic snack, but soon it becomes apparent that you simply cannot sustain yourself on how things used to be. At some point, you have to let it go, for time itself needs to evolve out of the strict matrix of control that it, too, has been captive within. Freedom, now, is the name of the game, for you in this moment, and for you in other points in time. The coordinate system of linearity seems to peg you in one point at a time. Looking from the perspective of now, you can gain a firm appreciation for who you used to be. Notice the growth that’s happened even if you haven’t been aware of it going on right beneath your nose. Appreciate the journey, and feel where you are in this moment. In a little while, you’ll be in another spot along the X-Y axis of soul evolution. At that point, you’ll have another point of reference, and a grander view of who you are. Rise now, and feel the space that you occupy, within the framework of your own awareness. You need not wait to gain higher insight. Time need not determine how you move forward in the same way it has done in the past. The future has a different set of parameters.

It well may be that you’re gaining an appreciation for the vibrancy of the present moment. It’s certainly not the same cup that’s been presented to you before. You have before you the opportunity to change everything about the arrangement, if you dare yourself to see the pattern and how it is being broken. What was may be beautiful in your mind, or it may be tainted with despair. Even so, the attempt to make it nice can block out the reality of how things really were. All that truly can be behind you now, for the past will not have an opportunity to repeat its pattern where your gaze is settling. What’s done is done, and calls only for reconciliation with the you that experienced it, and the you that is coming into awareness of having lived it. Embrace that one you were, gather to you the woundedness of that one who learned to walk in your shoes. Whether your journey was difficult in comparison to anyone else’s matters not in this moment of cognizance. What matters now is what you do with this now-moment. Feel the rising vitality that rests in your hands. You are becoming a master of time, stepping away from its linearity into something more warm-blooded, more welcoming. Are you ready for this? What does your core self say? It’s time to gather the child and take a bold look at what awaits. Let the healing do its work. 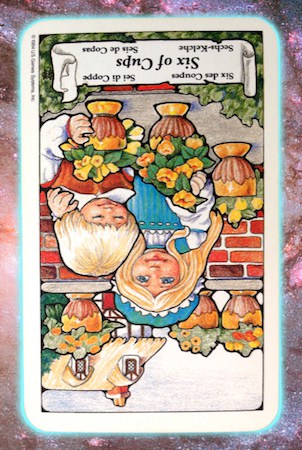 Rise, feel the space you occupy. Time need not determine how you move forward the same way it has in the past. The future has a different set of parameters.

Love
In the moment in which you forgive yourself for being human, you become more fully human, and more divine.
https://ninespath.com
Reactions: Manuel
OP