The wide world and disconnection (1 Viewer)

I had a telling dream last night. I was of a party of about 30 Aussies, who were to meet, in person, on Australian soil a visiting party of about 60 people from the United States (with one from Vancouver, so that means, North America in general). There was something about a conference and how we were getting together, to "get connected".
At first, we were told we should wear name lapel stickers. The first couple I saw from the U.S. party had the name, "Donk". It was a man and wife, I assumed that was their surname. Then the lapel stickers were getting to A4-sized sheets, and people were writing their life histories on them. At first, just a few paragraphs about interesting things about them, then screeds.
I quickly dashed mine off before this trend kicked in, and I had written something superfluous, like "Feed the dogs or they will get all the bacon"....

I noticed two black-wearing people from the U.S. party sitting on the floor, guarding their tabernacle. OK, they didn't speak, or connect, obviously took themselves very seriously. So I moved on in my search to find someone I could connect with.

There were plenty of women. I noticed people had been writing their State (of origin) on their introduction stickers. But there were no names of states I could recognize. A lady said she was from Poodle. I said, "could you tell me the name of your State?" so I can visualize more or less where you're from? As she didn't know what I meant, I said, "Like Wyoming". (Then rapidly, because I actually wanted to name one of the north-eastern States, I said: "Vermont?"

(Now in real life, I don't know precisely where Vermont is, I had to look it up. Turns out, both Vermont and Wyoming are 2 of the less populated states of the U.S.A.).

Even though the introduction stickers were done with quite a lot of flair, such as silver writing, and a lot of detail, I realized that people were more interested in their own stories than in meeting strangers and sharing, in other words, connecting.

Then I met a lady with very long green hair, and a green dress. She was the one from Vancouver. I tried approaching her, saying I realized she was the representative for Canada, but she just looked at me and moved straight on.

By the end of the dream, I had not connected with anyone. The name of the game in this dream was disconnection. Not for want of trying, but because people insist on having heavily layered filters of perception, and will not let that go. They cannot see the reality around them, while they are still seeing scripts on the inside of their eyeballs.
Vibrate in accord with the universal notes​
​
I see it's time to change my signature message. Out with the old and in with the new! ​
Reactions: Linda, Laron, June and 1 other person

thank you for this dream.

I just have a few disconnected days behind me and still going on.
connecting to people was too tiresome and really had a lot of "must sleep now" moments.
I really had the need to "do my own thing" because I have done "the right thing" a lot the latest time and it seems this got too much.
So it seems I acted like one of the other people.

Don't know if your dream really is about disconnection, temporarely going for the introspection at which time you disconnect from the outside world or even the event where you have a seperation of perception.

one thing is for certain. we live in strange times where perception, image, worldview is very different for different people.
connecting on a superficial way based on names, events, background is easy. But really connecting on soul level is difficult. You first need to go through all the layers. people don't take the time for this.
“Don’t judge each day by the harvest you reap but by the seeds that you plant.” - Robert Louis Stevenson
Reactions: Linda, June and Hailstones Melt
OP

Thank you, Bert. And that's truly why I value this forum - as over time we connect deeper and deeper with one another. A loving hug for you, as you go through your process - whatever it is.
Reactions: Linda
OP

Here's what a pundit has to say:- 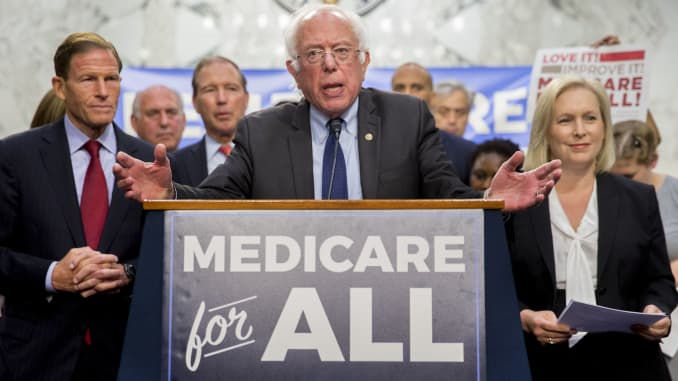 Wyoming and Vermont- two similar states at the extremes of America

Hailstones Melt said:
There was something about a conference and how we were getting together, to "get connected".

By the end of the dream, I had not connected with anyone. The name of the game in this dream was disconnection. Not for want of trying, but because people insist on having heavily layered filters of perception, and will not let that go. They cannot see the reality around them, while they are still seeing scripts on the inside of their eyeballs.
Click to expand...

I really like your dream Melt. It seems to me that "connection" will be one of the things that ALL must do in order to move forward after we finish breaking down the old. I used to think that "we" the awakened would be primarily here to help the masses after they suddenly awake. I pictured them severely disoriented and possibly panicky. Now I think that as wayshowers we will also likely be doing exactly as you described in your dream. Demonstrating human connection and "being the love". Just like your dream, we are already starting to do it but the masses aren't ready. I guess we need to get good at it first before everyone needs us. It feels timely.

When I first awakened I withdrew from everything. My vibration shot way up and I couldn't bear to be around the sleepers. If I spent any time with them my vibration lowered to a point where I was quite uncomfortable. So... I would withdraw again and pick it back up. After a while, my guidance made it quite clear that I needed to get "out there" and spend time with people again. I resisted. Then resisted some more. I was shown an aircraft that was about to leave and I knew it was my responsibility to fill it - and I hadn't. Most of the seats were empty. I have since been doing my best to be the Love and the Light, to spend time with people who don't outwardly appear to appreciate my efforts to bring a little Light to their day. It is beyond exhausting, and I feel gross vibrationally. But inside I know that it is part of my mission here. And very recently I really feel the need to strengthen those connections to people. To make solid eye contact. To pay closer attention to what they are really saying. To see them all as Divine beings doing their best and trying to navigate what we are all going through with even less "sight" than we have. And lately those same people seem even more asleep. Just like your dream. Their scripts and filters are blatantly obvious and amplified somehow.

Things are getting interesting. And the pace of change is increasing. I feel like the kettle is not too far from boiling.
Reactions: Hailstones Melt and June
OP

I have been working in a call centre for a year and a half. I am getting to connect with about 15-20 new people per day (I only work there part-time). They think I'm quite young, from the sound of my voice. People think a call centre would be a horrendous job (it is difficult) but not because hundreds of people you speak to are rude to you. Out of 100 calls, about 3 are rude, and even then I can sometimes turn it around. It is not the type of call centre where we bomb them from out of the blue (marketing calls). It is a helping line, for aged pensioners. So I am there to help fix their issues. I do get good feedback, right on the call, so I think my HS knew something putting me in this role.

Last week, I had a caller who had divorced from his spouse, but had gone on to buy an investment property with her. It was more complicated than that, but he might have to move back in with her in this home to save his pension. I was just taking notes. I did not feel judgmental. People do what they need to do. He stated that I was the only person in [name of government agency] who had listened to his story and could empathize and make sense of it, without judging him.
Reactions: Lila, Linda and One65
You must log in or register to reply here.
Share:
Facebook Reddit Pinterest Tumblr WhatsApp Email Link