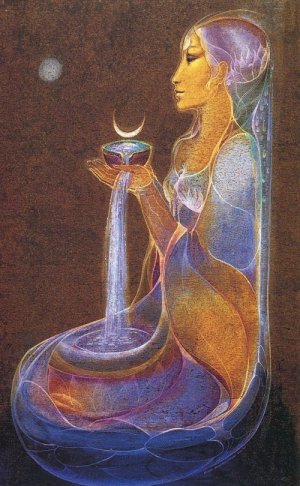 Most of you would have heard of a Super Moon which some clever astrologer invented to call the Perigee Moon when coupled with a New or Full Moon.
Many people and even some astrologerrs have no concept of what Apogee and Perigee means or how it affects us.
Its more than visual, its intense.

But the term Supermoon can be confusing as the real Supermoons occur when there is not just a Perigee Moon but also a lunation at the same time such as Full Moon which often looks quite red… The one we dont hear much about is when it occurs on a New Moon which is not so obvious as the Moon is hidden from us and there is one coming up on the 21st January although it will be the 22nd on my side of the world due to time zones..

As this will be a VERY close (to the hour) Perigee Moon , closest of the year , this means that this month before the event the effect of that Supermoon comes in very early . My colleague Ken Ring writes about this mentioning extreme weather in many parts of the world , possibly big Earthquakes and also big mood swings in people plus extreme global events in genreal.
He mentions the nuclear threat in U k r a I n e becoming greater , Govs rules becoming more extreme such as re the v I r u s situation such as the return of mandatory m a s k wearing which is being seen more this month in my country .

This is some of what he has written . Quote.
Right now and until the 20 January is the ideal time to learn about perigee, because the effect of perigee will not be as obvious in succeeding months this year as it is for this January. First and foremost is the weather which will be driven by wind and gales before and leading up to the perigee, and which will immediately die following the perigee.
Next there are subtle changes in the world around us, with the sky virtually speaks to the trees and to animals, the vegetation speaking to the birds, and the insects picking up on where their predators, like birds, are likely to be. Everything is in mutual communication and nature operates in a rhythm. This rhythm is controlled for the most part by the Moon, which raises or lowers the movable fluids, like water. Most creatures are largely made up of water. Weather is tied to feeding cycles, energy cycles, and other survival factors like ground saturation during rains which make insects come out from the soil lest they be drowned


Unquote. He goes on to explain about more extreme events around the world and I can add unusual happenings we will observe, health issues coming out to deal with, possibly more aches and pains but the positive can be major as well.
Also he mentions increased sale of alcohol or the need for anti-depressants, more road rage etc.

Mostly the more extreme happenings would be nearer the actual New Moon and of course the negatives will be balanced by some extreme positive as well and breakthroughs as always with a new Moon which will be a huge new beginning for everyone this time.

I have noted that the Sun will conjunct Pluto on the same day Mercury goes direct , the 19th January here so that the Sun/Pluto effect will be pulled into this Perigee Moon energy on the 21st/22nd.
I take this as a revealing of whats been hidden deep within personally but also from world powers as this is the ultimate aspect of world power and who wields it .

There could well be a “great revealing” near this New Moon unlike any we have seen before as Pluto still in Capricorn is having his last moments of transforming what has been a highly damaging patriarchal system along with its inequalities and manipulations of the masses through any means possible that was hundreds if not thousands of years in the making.
This brought about the war between light and dark we have been dealing with so in the last 14 years or so we have seen the beginnings of the great rebellion against the same. The Gov systems have become more and more controlling of the people , restricting movement and suppressing our natural human needs and unique gifts and our freedom.

So Plutos move into Aquarius will bring more transformation which will address everything we have missed out on before , the best of medical care and less need for the same , more equality , more education on environmental issues but with more progressive support where needed (pollution of our atmosphere and lands by various poisons being one)

Ive written about this before but there is always resistance to transformation and it will be a long process until 2043 before we reap the full benefits as there is a huge change needed in the heart of all the control with the main organisation that requires a very big transformation. I have always had this vision of a world organization run by a panel of highly evolved spiritual beings rather than the present system. The existing system would work if there were those above that are objective and non political and fully in tune with the all humans of the world and their needs … A Utopian dream but possible and achievable…

I mention all the above as the New Moon coming in Aquarius is the last before Pluto crosses into Aquarius so it’s a bridge about to happen and it will be exciting to see how this manifests in our physical world. The ruler of the New Moon Uranus, will go direct just after the actual Perigee New Moon adding to the push to the New Age energies and all that it entails.

Theres not long to go now until this all happens so its exciting to think on what could manifest for us personally and for the world.
(Especially of course for those with Aquarian features in their birth charts which do come in many forms including the planet Uranus very strong).

The main message right now is to expect the unexpected in the week ahead and be extremely aware of the Perigee Moon effect on everyone and the world around us .

We should take extra care on all levels of being as we ARE in a time of great transformation.
"We are endless galaxies but we have seen just one star."
My Astrology focused Facebook Page: Neptune's Magic
Reactions: Marjay and Lila

if there were those above that are objective and non political and fully in tune with the all humans of the world and their needs
Click to expand...

This is something I've contemplated a lot. Mostly it takes the form of considering what would happen if the formula/way things are rewarded and play out/incentives changed. Just a small shift in this makes for an enormous change of pace.

So much upcoming...
Reactions: Janne
OP

Lila said:
This is something I've contemplated a lot. Mostly it takes the form of considering what would happen if the formula/way things are rewarded and play out/incentives changed. Just a small shift in this makes for an enormous change of pace.

We are all/each powerful too.

It sounds like we may be about to find out just how powerful.

Not sure if I should be getting out the popcorn or holding onto the ground; probably both.
Reactions: Janne
OP

Lila said:
We are all/each powerful too.

It sounds like we may be about to find out just how powerful.

Not sure if I should be getting out the popcorn or holding onto the ground; probably both.
Click to expand...

We are definitely co-creators and much more powerful than we know but the thing is you and I know, but others who have never known or if so only in the astral state are going to find out as well.
Reactions: Lila
You must log in or register to reply here.
Share:
Facebook Reddit Pinterest Tumblr WhatsApp Email Link