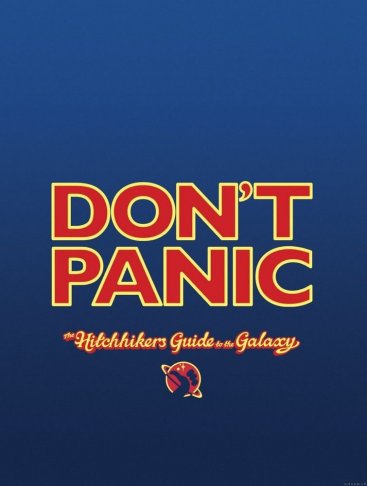 ​
Today Mercury in Libra is squaring Pluto in Capricorn. This is deep, mainly in the sense of our thoughts and pondering on the deeper meaning of life and just about everything, especially and obviously climate change at this point in time which after all is about finding harmony and balance in our world.

My views on climate change are my own but the world must do something about pollution there is no doubt, to save life on this planet, but in my opinion to change the cycle of weather and heating or cooling we would have to be able to manipulate the sun itself and moon and inner workings of this planet where a lot of heat is coming from that is melting glaciers in a few places on the planet, as the gravitational forces shift and move due to the tidal pulls of the moon that works on both the outer and inner levels of the planet earth, just as they work on the tides and our bodies
.
The Sun is the only body that can truly heat or cool this planet. Jupiter and Saturn also have a lot to do with the current climate trend we are entering as they will be in the same sign before too long and every time this happens weather becomes extreme and droughts happen in many parts of the world. This knowledge comes from ancient sources and from the study of those who specialise in climate astrology who have done the research over the years in the same.

It is very interesting that Greta Thunberg appeared on the world scene when Quaoar was about to go direct as he is all about bringing order from chaos.
Chaos in this case could be the muddled thinking of so many over the difference between major climate cycles and pollution. Pollution we MUST work on but the other we cannot change as these cycles happened long before man was here.

Chaos also has a lot to do with the focus the world has on money versus a healthy planet and of course politics which are out of control at this point in time.

The aspect of Mercury and Pluto is generally good for research and working out the reasons behind things , pondering on the meaning of life, the universe and everything.

Geminis, Virgos, Librans, Scorpios and Capricorns will feel the above aspect a lot but as it's very close to the new moon in Libra the aspect is more global, and we know what is going on in the world right now politically so this is all part of the same.

Pluto of course is often about blame and there is always a trend in human nature to want to blame someone for something/anything, as we live in a world that wants to blame, punish and control which is a very old patriarchal trend… At present this is all around us on the global scene.

All this with the moon in the highly analytical sign of Virgo, which is very good for Virgos right now by the way.

Tomorrow which is the day before the new moon, the Sun in Libra will oppose Makemake in Aries on a Perigee moon,
so the moon is powerful, being closest to the earth, as powerful it would be on a full moon, so again we get the influence of a new moon that acts like a full moon.

This is likely to bring some larger than usual EQs in the world and some extreme political events too which are building in many places on the planet.

The Sun opposing the Makemake is very Libran in so many ways as we have the male God, with the female creator component.
The archetype associated with Makemake involves delving down into the dark interior of our psyche to merge the more passive feminist form of wisdom with the warrior male outer-oriented energy of the ego.
This aligns with the pondering of the Mercury/Pluto energy.

As this is happening in the political sign of Libra there is a lot of renewal energy afoot just now on the world scene in different areas, including the focus on enviromental issues around the planet, as Makemake is the God of a country that lost its culture pretty much to the western world.

The astrology of Makemake is related to love of the natural world and to the activism associated with defending the environment. This activism is sure in effect at this point in our history as all the young people in the world are protesting.

This aspect is primarily about rising out of the swamp of density by calling on our primal creative forces buried deep within our psyches.

The New moon coming has many messages – some so hard to unravel that it’s difficult to decipher, but the overall message is to instigate positive healthy changes and find agreement on the areas that are of most importance to the whole of the planet, without blame – without anger, but definitely with a passion that carries us through the mire of human nature and the damage we have done, that is a threat to our planet and lives so we can help to repair that damage.

Tomorrow Venus will be quincunx to Neptune helping to promote a more peaceful outcome after Saturn's hard aspects, and the moon will be in Libra ready for the new moon event.
(Helpful for sensitive Pisceans and also Taureans and Librans).

The new moon itself ( which is the new beginning for Librans), is going to bring another quincunx, this time between Sun and Uranus in Taurus bringing some unexpected events to the world but Jupiter is standing by to make sure this will have a positive outcome globally.

This new moon sets the trends for the month ahead which will be an interesting month indeed.

"We are endless galaxies but we have seen just one star."
My Astrology focused Facebook Page: Neptune's Magic
Reactions: Lila

Janne said:
The new moon itself ( which is the new beginning for Librans), is going to bring another quincunx, this time between Sun and Uranus in Taurus bringing some unexpected events to the world but Jupiter is standing by to make sure this will have a positive outcome globally.
Click to expand...

"Come on Jupiter", she says as she wonders just how many sane people are left on this planet.

Linda said:
"Come on Jupiter", she says as she wonders just how many sane people are left on this planet.

And - always know where your towel is.
Click to expand...

I did think twice before I decided to leave the bit about Jupiter Linda. And I always have my towel too with the vitamins in the corners. And my electronic thumb handy.
Reactions: Lila, Hailstones Melt and Linda

Janne said:
This aspect is primarily about rising out of the swamp of density by calling on our primal creative forces buried deep within our psyches.
Click to expand...

This sentence just about spells it out for me. Everything starts making sense when you re-visit, and re-visit, and re-visit, and look at things from this angle, and that angle and the other angle. Astrology is one lens to do this. Astrology makes a lot of sense.
Vibrate in accord with the universal notes​
​
Question: How do you choose the higher vibrational energies in any given situation? "You choose by taking the high road, instead of engaging in the same argument that you’ve had several times with the same person. You choose by spending more time in nature and putting away your electronic devices. You choose by being true to yourself and the impulse that you have coming to you from within, rather than just doing what everyone expects you to do, or what your parents did." Quote from the Arcturian Council, posted December 5, 2019​
Reactions: Lila, Janne and Linda

Two distinctions here that I love:

the difference between major climate cycles and pollution
Click to expand...

focus the world has on money versus a healthy planet
Click to expand...

I love them, because I find that parsing them out, one from the other, the way one might tease out entangled threads in one's thoughts, makes for great clarity and ease for what makes sense to do.