Article MARS INTO PISCES AS THE FULL MOON APPROACHES , THE WAY OF THE PEACEFUL WARRIOR (1 Viewer) 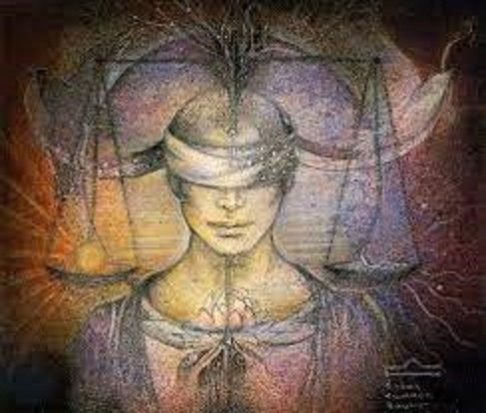 ​
.
Yesterday we had the very strong aspect of Sun and Eris, Eris is a force that will stand up to the status quo to bring back unity in the world so its VERY important to take notice of what is happening around the globe at this time and the major players, those on the side of the people and free speech, peoples well being and their rights, and who is not afraid to speak up and has the power to move mountains be it financial or otherwise, but as those who rule the world are very rich indeed – this is a case of fighting fire with fire.

And speaking of fire we now have Mars moving into the more passive sign of Pisces which I have labelled “the way of the peaceful warrior” which is another clue to what could be ahead so perhaps the war Eris wields will be one involving words and not swords and we know that the Pen is mightier than the Sword.

Mars will stay in Pisces for about 40 days until 25th May so will be there during the coming eclipse season beginning at the end of April . During this time Im expecting aggression to ease in general but moreso hasty moves and outspoken words of hate and anger and a more deep seated force to take over that will be even more powerful to change our lives.

Just as Neptune/Jupiter heralded the rise in consciousness and a need to return to a system involving basic human rights and more respect for our spiritual nature and needs , freedoms to enjoy nature and life around us without restraint and also to breathe our oxygen to promote healthier bodies and nature, Mars will make this more possible with a push towards healthy living as currently Im starting to wonder how the collective shutting of our breath is affecting the world around us as well as the people who are taking part in that. In certain circumstances we may need to use a mask but continually is harmful, lets not forget that. Our breath has always been a sacred thing called “the breathe of life” for a reason.

Mars in Pisces will fight for the right to be healthy in natural ways once more and we must breathe deeply to keep our lungs healthy which in turn keeps our blood healthy, internal organs etc.

Pisceans of course will enjoy the extra energy having Mars in their sign, be more active and courageous and willing to put effort to their projects.
Virgos will have Mars in their relationship zone so that will light up a bit more, but take care, as you may get more opposition and challenges but that is not such a bad thing as it brings out your own fire and drive.

Arians and Aries types can tone it down a bit and get more creative and intuitive , work on the projects that bring out different aspects of their natures and slow down a little, as soon life will get extra busy when Jupiter moves into your sign bringing much “more” of just about everything your way.

Im very interested in the conjunction of Pallas and Eris on the Full Moon in Libra in two days as that is coming into effect pretty soon . Pallas is the negotiator and peacemaker, finding solutions to major issues politically or otherwise, but without bloodshed if possible.

Eris is similar, wanting unity but will fight if she has to. This pictures a situation of a group of powerful people sitting around a table working out the pro’s and cons of a major global matter with differing opinons on the outcome and one person weilding more or a different form of power than the others but who has "right motive". It happens in the 24 degree Aries position once more with the same symbol as I mentioned for Sun/Eris in the last post and the same meaning.

After the Full Moon and these others aspects there will be a major square of Sun and Pluto which could bring the repercussions I have written of for a while and with the eclipses there will definitely be the unexpected. The main part of this aspect however will be a revealing of what has been hidden until this point in time. This in turn will be connected to Jupiter moving into Aries between the two eclipses.

The Libran Full Moon in two days is fueled by all these major aspects of the last few days so it’s a big one, also followed the next day by a conjunction of Mercury and Uranus in Taurus at 13 degrees.

I am wondering what shock announcement will turn up for the world involving media and communication although some of that has already begun.
(And those with planets or points near this degree could well get some unexpected news as well)

The symbol for that degree is “On the beach – children play while shellfish grope at the edge of the water”. For myself this is speaking of people going about their daily lives, often not thinking so deeply but are still aware on a subconscious level of what is happening behind the scenes or in this case "below the surface", not realising how very close to them this is and how there is other knowledge they are not yet aware of that is coming their way if only they took more notice and looked harder.

Its saying to allow our basic instincts to begin processing as this is about thinking for ourselves but it also about a sense of at –one- mint with all forms of life. Its also about evolution happening all around us and on a negative level there is the influence of some people meddling in other peoples lives This is very interesting as it is the communication and media planets involved with this symbol.

The Full Moon in Libra will increase our emotional responses to all things related to Libran affairs including politics, but the general influence for most of us is about dealing with the dilemmas of whether to spend more time alone or share with others, whether to cooperate and go along with the status quo, keeping the peace so to speak, and working in a team, or speaking up and taking the lead.

This is also about being inspired in areas of planning and designing as Libra is all about that.

This is a turning point for Librans as always and could bring a peak time in a relationship , health or future goals. But its not the best time for major decisions unless you have already made them near the last New Moon and if so it is a good time to carry out plans as the Moon brings the energy.

But as always emotional developments can mean minds change at these times which is why its advised to wait until after the Moon has peaked before making new decisions about anything at all.

Health issues could also peak as a Full Moon will bring out symptoms so we know what needs healing within or without.
Health areas are head / face area or lower back, kidneys adrenals.

As Libra is the opposite sign to where the Sun is at present in Aries, we can use the energy of this Moon to stop pushing ourselves and others too for that matter, so hard or fast in the Aries way,slow down , look around to see how others are doing and also ponder on the law of reflection for a while, find a middle way – try to regain some balance in our lives.

This is a very good Moon to spend some time in nature on approach or during the event to bring that Libran balance home to self.
Last edited: Apr 15, 2022
"We are endless galaxies but we have seen just one star."
My Astrology focused Facebook Page: Neptune's Magic
Reactions: Lila
You must log in or register to reply here.
Share:
Facebook Reddit Pinterest Tumblr WhatsApp Email Link