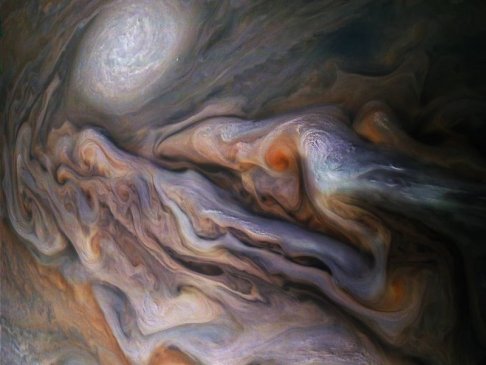 ​
The Gibbous moon phase has begun, a time for organizing, integrating, and analysing as well as planning.

This is helped by the moon now being in Virgo for the coming 2 days.

The major aspect that seems to be getting blamed for our current health crisis is happening with Jupiter in a conjunct aspect to Pluto in Capricorn 24 degrees. This is well talked about and will repeat a couple more times during the year, once at the end of June and again in Nov just after Mars comes out of Retrograde in Aries.

Jupiter conjunct Pluto is in no way to me about the actual health crisis the world is having but about the intense effect on the economy that is affecting the masses Pluto rules the masses.

This aspect generally is about large sums of money changing hands sometimes from powerful bodies as Pluto is about other peoples money.
I have also known it to mean inheritance as Pluto is about death and Jupiter is about windfalls.
These planets together can increase peoples assets and also bring transformation which makes a lot of sense in this year ahead..
This aspect has a lot to do with funding , drawing on the masses or large powerful bodies to produce money when needed.

It's also about new contracts and legal papers being signed whatever sign it happens in and in Capricorn its about Gov bodies so no doubt there is some borrowing and lending happening there are present to help the masses.
This is a GOOD thing. If it was a square or an opposition it could be different but its still not about the virus itself even if it is an aftermath of the same.

I am sure insurance companies are feeling this aspect as well as high government offices but I do believe this aspect is about world Govs taking care of people financially where they can.
Its about law and its about financial matters that affect the masses and what is being done about it on a world scale. I think there are going to be positive happenings from this more than negative.

This aspect could see a lot of businesses back on their feet.
I see this aspect as a powerful transformation to come to the masses and opportunity for new heights to be reached in the same, and this will happen over time as our economy builds once more and the station points of both planets will be key times for the reassessment of the same for various countries.

Jupiter is not a malefic planet and Pluto is neutral, a little like Neptune in this regard although he is very much about endings and new beginnings.

For anyone with planets around 24 degrees Capricorn and I know a several, I will be keen to know how this influences you – plus Capricorn people and Scorpios. But I have seen people get large sums of money under this aspect or at the least a legal matter settlement.

OOB Venus in Gemini is trine to Saturn in Aquarius, a rather cerebral aspect of radical change as this aspect is about social distancing but in a way that still brings structure to our social lives.
People may be about to go to extremes however to maintain social contact with loved ones around the globe and also make new friends via social media.

There could be some powerful new bonds formed based on friendship and intellectual compatibility before this phase of our collective lives is over.

Geminis, Taureans and Librans as well as Capricorns and Aquarians will enjoy this one.

The Sun in Aries is quintile to Neptune in in Pisces , a validating aspect where we can be active in how we show compassion to others. This one stimulates our imagination well and will be felt by Leos, Aries and Pisces mostly. This is fire and water at its best.

Venus forms the same quintile so there is quite a bit of loving understanding being generated today which we should make the most of.

The vibe is relatively peaceful apart from the tendency to overthink things, or the tendency to want to escape the same old, same old routine as Venus looks for new ways to express her social intentions.