Article HAPPY NEW MOON ARIANS! IT ALL STARTS NOW, NOT JUST FOR YOU BUT FOR THE PLANET... (1 Viewer) 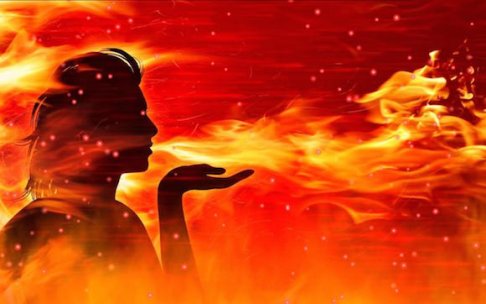 ​
Aries, this is your true new beginning of the year with renewed energy to give you a real boost. I can imagine your mind has been racing a head of your body as Mercury reaching your sign a few days ago.

And Happy relationship New Moon Librans! Its time to give that relationship a push and a shove in the right direction and your relating skills, which could see a few sparks flying too but lets hope they carry some romance with them so they can relight some fires there.

I really don’t know what to tell you first today as I am very excited about April and all that is happening this month.

First though I will mention the aspects around this Moon as tomorrow the Sun will conjunct Chiron in 12 degrees Aries and in fact its close enough to a conjunction of Mercury in the same degree.

We know that lunations always draw in the aspects around them so this is part of the New Moon energy and being slightly afterwards , the light that is being closed off today will be flowing again.

This aspect says plainly, “let the light of truth flow into you and heal you so you can let go of your fear and any darkness you have been harbouring in the last weeks", which I know has a lot to do with the Nodal Bind still in effect until the 24th April but starting to let go of the control from this New Moon onwards.

Its time to let go of angry thoughts of blame against people who put themselves "out there" , when they speak out against oppression and hold a different opinion to your own, and challenge you because they care about the greater good and are fighting for a better world, as we all can be open to learning more.

The above aspect of Sun/Chiron and Mercury is a huge one for humankind as there is a collective rise of inner wisdom and realisation of a quite startling kind about to permeate through our being, and through the planet Earth itself.

There have been many solar flares aimed towards Earth so we are certainly getting the message from our life giving Sun which is the centre of our own universe for sure.

The 2nd thing is I am excited about the Jupiter / Neptune conjunction on the 12th/13th April which hasn’t happened since 1856.

I have felt and “known” that this means a new portal opening for the New Age coming and a spiritual awakening like we haven’t seen for a long time although it wont all happen at the one time but all the same something major will point the way for us around that period .
1856 when this aspect happened last was when there was a major anti slavery uprising triggered by an attack on a free state town, and this was AFTER the conjunction which was March.

This is one reason why I wonder if life will repeat itself as this conjunction brought a whole different energy to an oppressed world. At this time there was an attack by pro-slavery Democrats on Lawrence, Kansas,who destroyed two anti-slavery newspaper offices, and ransacked homes and stores in what became known as the Sack of Lawrence. An antislavery band led by John Brown retaliated in the Pottawatomie Massacre.

The initial attack happened in 1856 when Mars was opposing Jupiter Libra to Aries always a dynamic aspect of action.

When the Neptune/Jupiter aspect happened in March earlier on Mars was Rx and in a quincunx to both planets and in fact there was a Yod, finger of God happening at that time involving Uranus so it was a fated time.

This time on the 13th , or 12th April, some countries, at some period of the 24 hours the Moon will be opposing Jupiter/ Neptune and a yod will form including Saturn and the Moons north node, quite a fated pattern.

The planets will still be in the Nodal bind but about to come out on the 24th April led by Mercury at the time in Taurus .

A point I do want to make is that in 1856 the positive Jupiter /Neptune aspect happened before the major attack on anti slavers that let to a big retaliation and ultimately more freedom.

I am naturally wondering if history will repeat itself.

1856 was also a time when there was a surge of interest in the Spiritualist movement and more awareness or interest in life after death, a spiritual uprising one could say very different to the more conservative Church religions.
This time I am expecting a further development to the higher dimensional levels as I wrote about, with the new portal opening to let more light into our lives and aid us to collectively rise to a higher level of vibration.

In the meantime Mars will conjunct Saturn on the 5th April at 22 degrees Aquarius which is two forces meeting, and how this goes depends on the dynamics of the time and its not exactly a “peacetalk” type of influence but it is a highly assertive or even aggressive force challenging a Gov body or an existing structure that could be disagreed with.
After this Mercury will conjunct the warlike Eris on the 7th/8th in Aries around 24 degrees, and she doesnt usually hold back if it involves the unity of all people.

Then Mars will conjunct Juno on the 9th stirring the pot for trouble and trouble makers who bring up the past and spread their lies, also happening in Aquarius, with an intense and in depth aspect of

Mercury square to Pluto on the same day, so we can say “the plot thickens “ considerably at that time.
And finally we have this aspect of Jupiter /Neptune on the 12th /13th which is definitely a once in a lifetime aspect for all of us. I have written quite a bit about this as it’s a spiritual uprising influence as well as a freedom factor, as we have the spiritual

Neptune which carries other dimensional energies in the highest form for this context, and Jupiter is also about the higher mind and LAW, independent thinking. In his best energy he expands to higher levels of being.

This is not a confrontational aspect in itself but it is an aspect of opening up potential for spiritual growth that we have not seen for a very long time so something has to happen around this date to demonstrate that.

The Full Moon in political Libra happens on the 17th in my country and Aust, and 16th most others in the Northern hemisphere with Mercury conjunct Uranus being the strongest aspect, bringing some shock announcements media wise I am sure after such a powerful aspect and in fact this could come sooner.

The week before the Full Moon when the effect is most powerful is when most of the excitment is bound to take place.

However 2 days AFTER the Full Moon we have Sun square Pluto which is one of those explosive and intense aspects that carry extreme power and thereby power struggles and Scorpio type people will feel this if in positions of world power . I know of at least two who have this sign strong by Sun or Asc.

So when the Nodal bind ends finally which wont happen again for a long time to come , by the 24th we should be in a different world with different rules and be much wiser than before to boot.

We have been through a highly karmic time on this planet and its about to end just as WW2 ended by 1946 as this Nodal bind had been in effect since 1940, the worst years of that war.
This time it has brought a similar oppression, isolation and tyranny plus a plague of sorts and the agenda 21/30 for sustainable living being implemented which brought chaos to our lives with Gov leaders joining the tyranny in many cases with rules that never did make sense and a great control over our health and threatening the sovereignty of our own bodies and basic human rights.

I believe this is about to end or at least the very worst part of it all and the time starts NOW.
Last edited: Mar 31, 2022
"We are endless galaxies but we have seen just one star."
My Astrology focused Facebook Page: Neptune's Magic
Reactions: DebM and Amy
You must log in or register to reply here.
Share:
Facebook Reddit Pinterest Tumblr WhatsApp Email Link