Will a Galactic Superwave Arrive in 2017? 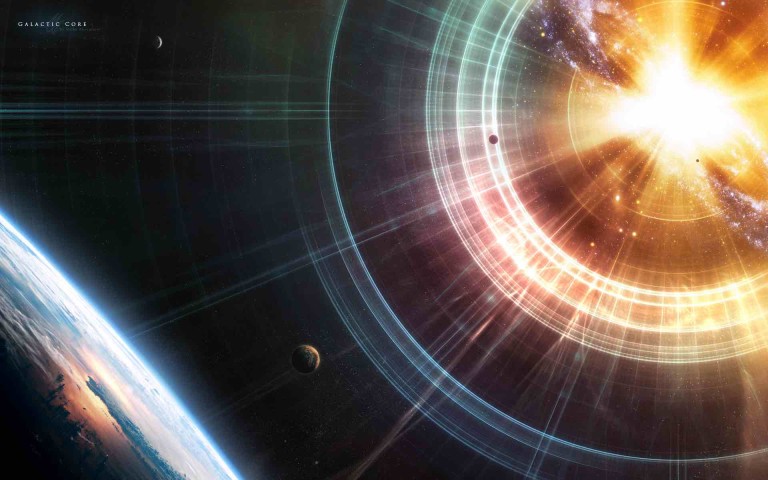 By Paul LaViolette via The Sphinx Stargate (December 29, 2016)

An earlier posting (http://etheric.com/the-date-revealed-at-garabandal-for-the-coming-world-miracle/), discussed the revelation of Garabandal and attempted to infer the date of the miracle that the four young girls were told would affect the whole earth. I had narrowed the possibilities down to two years: 2017 and 2020. Based on hints left by one of the surviving girls, I had inferred that the “miracle” is to occur between April 8th through the 16th, hence during easter holy week. Of the two years, I had chosen 2020 as a more likely possibility, based on the recurring miracle at St. Nicholas Russian Orthodox church in Milano.

A number of...
Click here to continue on to the original article.
Reactions: Maryann, Stargazer, Krena and 1 other person

I have the feeling that the direct contact is going to be after the shift to 4d, at which point I think the task that needs to be done will be complete. Should I say that I am impatient to get there?
https://www.facebook.com/pleiadiantwinflames
Reactions: Stargazer

I don't think a galactic super wave will ever come. Maybe on a different timeline.
Yesterday I was clever, so I wanted to change the world.
Today I am wise, so I am changing myself.
~Rumi
Reactions: Stargazer and Out of Time

After seeing so many physical manifestations of energy through a variety of sources (solar/geomagnetic storms, unexplained and anomalous energy waves on global monitoring systems, massive increases in geologic activity, reported increases from "sensitives", and even feeling a few different energetic changes in my own consciousness) I feel certain that we will experience something like that described, BUT I have the very strong feeling that this will be anything but harmful.

Some may describe this wave as "The Event", the "Shift of Consciousness", etc. (and I also believe this is what some religions may refer to as "The Rapture"), but my feeling is that these are all just different ways of describing the same thing. It's merely an energetic change that beings experience when they individually and collectively cross the threshold between a purely physical consciousness and a more expanded spiritual one. I also don't ascribe to the idea that this will come at a particular time or date (although I definitely feel it's imminent--it could happen at any time). My feeling tells me that it will arrive at just the perfect moment--and not one second before.

I feel that our own consciousness and "awakening" is what is actually bringing this energy on...and it is the final catalyst that will allow humanity to fully understand, on a global scale, that we are all connected, spiritually and otherwise. It's pretty clear to me that there's been a very concentrated effort out there to make us afraid of this incoming energy. I feel that the Posers That Were know it's coming, they know it spells the end of their time of control, and they're (as usual) doing everything they can to delay or manipulate the outcome.

In either case, I'm looking forward to whatever may come, galactic wave or not! It's all just one more step on this ever-changing adventure we call life!

It really is like the life of a flea who has her perceptual universe shattered when the dog who constitutes her whole world goes to the ocean for a swim and then staggers up on to the beach and gives a very great shake to get all that pesky water off.

I think along the same lines as Stargazer above, however I think there needs to be an awareness of the cycles of time (David Wilcock's earlier 2 published works delve into this area). There are the ages of darkness, a small thin band of photonic light where reaching spiritual maturity becomes easier, more like breathing in and out, and then re-entry into a long age of darkness once again (over immense time scales).

Of course there is great variation and disagreement by gurus and scholars of the Vedas and Upanishads about where we are exactly in the cycle, the length and duration, and the beginning and end dates. In recent years, we are aware of December 21, 2012 as being a Mayan end date, which wraps up one cycle of the precession of the equinoxes.

This is a description from Wikipedia about the Kali Yuga (the one we have just exited, going on the Mayan end date):
"Kali Yuga: The final age. It is the age of darkness and ignorance. People become sinners and lack virtue. They become slaves to their passions and are barely as powerful as their earliest ancestors in the Satya Yuga. Society falls into disuse and people become liars and hypocrites. Knowledge is lost and scriptures are diminished. Humans eat forbidden and dirty food and engage in unrestrained sinful sexual practices. The environment is polluted, water and food become scarce. Wealth is heavily diminished. Families become non existent. Average lifespan of people is barely 100 years, though, by the end of the Yuga, it will be as low as 20 years".

In some places on the internet, I have read that at the end of the age (cycle of time) our Sun Sol will spit forth, which will be the Superwave or Pulse. In other places, I have read that Alcyone, the Central Sun of the galaxy performs this spiritual manna from heaven. There is so much in the microcosm to the macrocosm to understand, that it really matters not from where this juiced up energy arrives, but to know that it is a form of upliftment, that uplifts and affects not only humans but every living being within its sphere of influence.

Just think - that flea may be uplifted to a new level of spiritual awareness that is outside the normal scope of daily living for a flea! How wonderful!
Vibrate in accord with the universal notes​
​
As long as bribery, intimidation, threats and blackmail are used to enforce public health, there is no real public health (Lisa Renee, creative commons 3.0 BY-SA, www.energeticsynthesis.com) July 2020​
Reactions: Stargazer and Vickie

Hailstones Melt said:
I think along the same lines as Stargazer above, however I think there needs to be an awareness of the cycles of time (David Wilcock's earlier 2 published works delve into this area). There are the ages of darkness, a small thin band of photonic light where reaching spiritual maturity becomes easier, more like breathing in and out, and then re-entry into a long age of darkness once again (over immense time scales).

Good point, HM! If I recall correctly, Clif High had a great explanation of the cycles of time during one of his "wujos". I think he mentioned the Greek belief system though and it was slightly different. He described their 25,000+ year cycle as being divided into ages...iron, bronze, silver, and gold. Humanity rises from relative immaturity and ignorance in the "darker" ages, to a more mature and enlightened race in the golden age. In either case, both systems seem to make a great deal of sense.
You must log in or register to reply here.
Share:
Facebook Reddit Pinterest Tumblr WhatsApp Email Link