Article When We Reach Criticality, Opalescence: Bends of Light (1 Viewer) 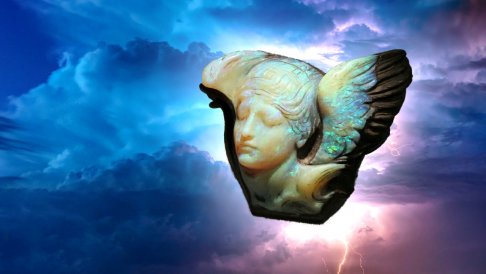 A new directive has come through. I only share these when the LOL crew give the go-ahead. You saw this with the recent post on temporal markers. Now, opalescence.

Think what you like about the form current events are taking vis à vis governments and news broadcasts. At a fundamental level, I see Nemesis at work. She’s pushing us to a point of criticality, holding our feet to the fire. It’s a moment of absolute release of light as matter and antimatter have the final showdown, in a manner of speaking. Like it or not, things—including and especially us—are changing.

Thus, the League of Light has given me another directive to share: opalescence. We’re done with “shifting gears”. That metaphor has served well, but now we’re into something more like phase transition than gear shift. The level of intensity in the world today truly necessitates a completely different way of thinking.

We’ve come into the time of opalescence. As metaphors go, this can be a big one to wrap your head around. Let’s take this in a roundabout way and get to the core concept in a satisfying—and hopefully, a surprisingly direct—way.

Conditions have changed. The clutch has been disengaged. Something’s happening in the world below the surface of things, but it’s not boiling over, spilling out into the streets. Something else is happening. Now we’re living the metaphor of phase transition.

I find it helps me to understand what’s going on in the world by removing myself somewhat into the mode of observer. Come with me and let’s observe our experience scientifically, without fear, streamlined and clear. Distilled, as it were. 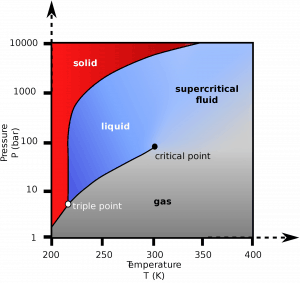 Depending on temperature and pressure, water is ice, liquid, and steam. Changing temperature and/or pressure can melt solid ice into liquid water; boiling that creates vapor. You can cool the vapor into liquid again, and freeze it into ice. There you go, a quick and very simplified science lesson on phase shift.

Similarly, when driving, increasing pressure on the gas pedal increases a car’s speed. As you push down harder, you’ll have to shift gears to further the rate of change in relation to where you’re going. Engine heats up, you go faster. Got it? Shifting gears makes change a predictable, controlled, but relatively slow process. Time is a factor to consider, too, after all. More pressure, less time. No pressure, all the time in the world, at a zero point of no-time. But I digress. Meditate, and you’ll have the picture.

Enter the concept of sublimation. This is the first part of understanding opalescence.
In physics, sublimation occurs when a solid changes directly into gas, skipping the liquid phase altogether. There exists what’s called a triple point, the temperature and pressure at which the three phases are indistinguishable from each other. Triple point defines the limit at which sublimation is possible. If you’ve ever witnessed vapor rising from dry ice, you have witnessed sublimation. Dry ice, solid carbon dioxide, sublimates at room temperature and normal (sea-level) air pressure; it merely etherealizes before your eyes. 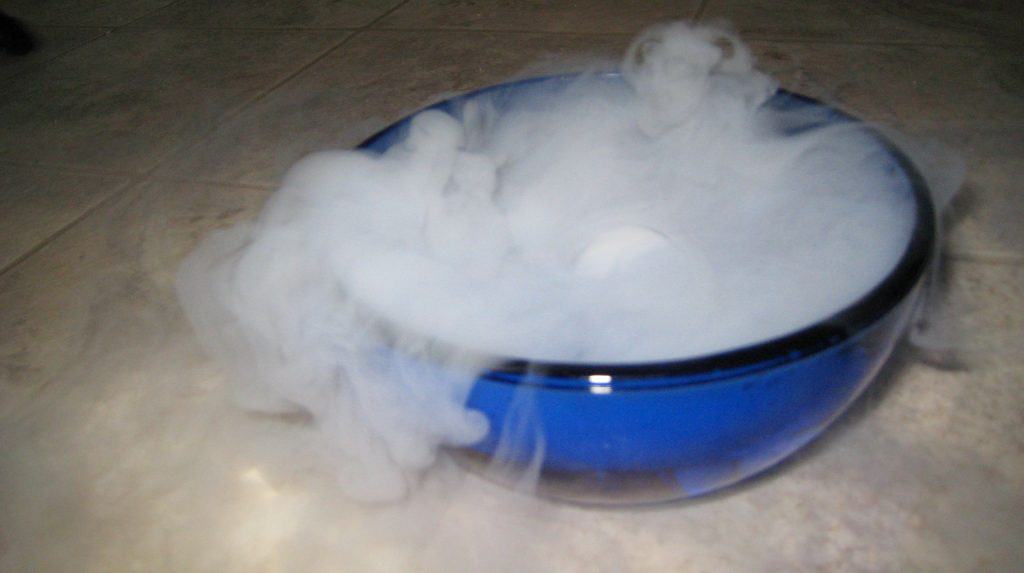 This reverses in a process called deposition, in which purified vapor crystallizes on a cold surface, going from gas to solid without passing through the liquid phase. If you’ve seen frost on a cold window pane, you’ve seen crystals in deposition. 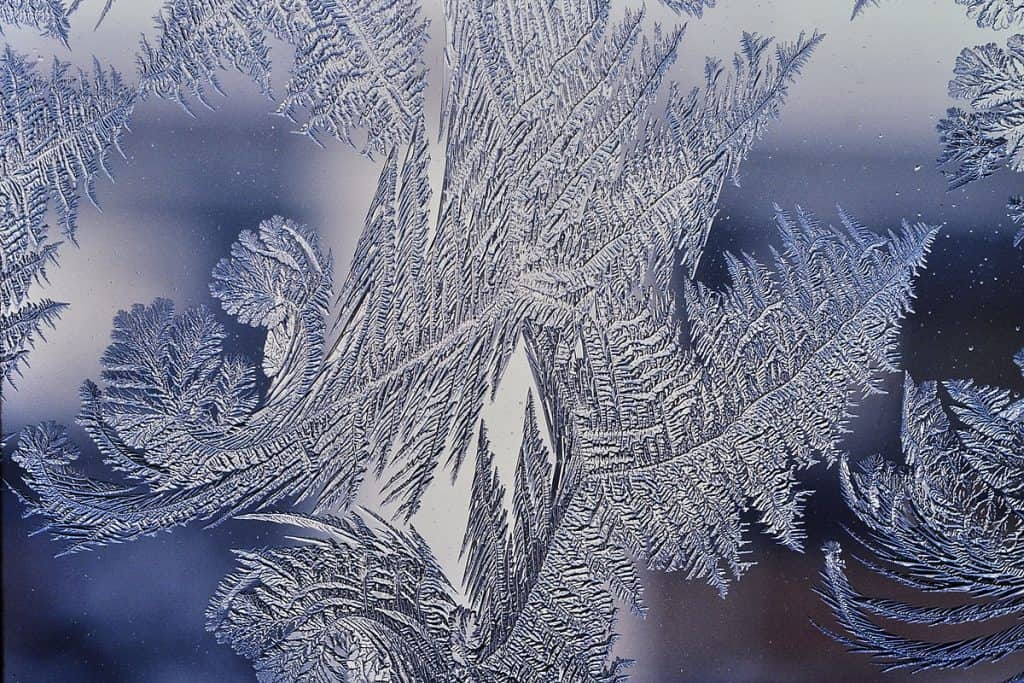 This purification through sublimation describes what we see happening today. Pressure is off, but heat is up, as energy is directed and intense. The substance of the spiritual being is crystallizing into something very pure, very beautiful, and very, very potent.

In a laboratory, a scientist puts a substance into a test tube. In a vacuum chamber, pressure is reduced. The substance sublimates. Vapor crystallizes on a cold surface, yielding a sparkling, druzy sample of pure beauty.

In a sense, this is what’s happening to us. We are taking on the aspect of crystalline bodies. As we stay home, not pursuing usual activities, the grid of pressure has lifted… granted, there is a sense of control, but this control is happening in a relative vacuum of normalcy. Temperature is rising, both literally and metaphorically. Close confinement with fewer distractions brings attention inward. Perhaps personal reflection turns some cheeks red: as time loses its linear progression marked in daily activity and the past catches up with the present, attention to one’s own history ignites the fire of yogic tapas. It’s a form of internal combustion. In some cases, what had been bonded cleaves, as relationships undergo a great intensity of heat through friction. In any case, impurities of the spiritual body are being left behind, so that every fraction of element can purify to its own specifications. That goes for you, your family, your neighbors, everyone, both within and in relation to others.

What’s left, when all is said and done, is individuated crystallizations of pure being in equanimity, attuned to a highly refined vibration, imperturbable and clear. It is a natural process that lends itself perfectly to a discussion of opalescence. Which brings us very close to talking about the essential nature of love.

We Carriers of Liquid Light

The process of sublimation, while an apt metaphor for what’s happening to us as human beings, can’t encompass the more fluid nature of consciousness. Ready for another quick science lesson? Let’s incorporate the concept of consciousness as a fluid, as that most closely approximates its essential free-flowing character.

In physics, while sublimation happens just below the triple point, supercriticality happens at the aptly named critical point. Pressure and temperature meet to create conditions at which the phases of liquid and gas are indistinguishable from one another. At the critical point, density fluctuates wildly, as surface tension between liquid and gas disappears. It is here, where the substance is both and neither, that the phenomenon of critical opalescence happens. Coherent light passing through the liquid at the point of supercriticality scatters in a flash, turning the clear liquid milky. The unseen becomes seen.

Opalescence, in basic terms, is this play of light as it passes through space-betweened material. Either molecules of supercritical fluid, or the crystalline structure of opals.

How does this phenomenon relate to us, now? Are we becoming crystalline entities, wakening masses, nourished by the living light of consciousness? Yes, if we choose to embrace the conditions as they are. The pressure is off, in a sense, from the grid of social organization, allowing for expansion, release, reclaiming essential being. As conditions cool down, we may well find ourselves transformed, shimmering, crystalline.

Beyond the physical, within the spiritual experience, events are building up a different kind of pressure. Awareness is reaching a point at which the membrane is no longer so distinct. This is not just about our ability to tap into a transcendent state of consciousness, but a fusion of our innate self-cognizance with that which we are becoming. Our whole selves. Our galactic human selves. In one instant, a flash of light will signal that supercritical point within the awareness of all.

The View from Outer Space

How this plays out we shall see, but conditions are ripe for there to be a massive change, a total transfiguration of the very substance of humanity, material and spiritual, right now.
We approach the convergence into a critical point, where pressure and intensity sets off a chain reaction of awakening within humanity. It will leave us and our world completely transformed: the awakening of Christ consciousness, the crystallization of potential, a fusion of spirit and human beingness reclaimed from the polluted matrix in which we were caught.

Fluid awareness is in this process of merging, synthesizing the raw material of life into a new being, free and unfettered. Self-defined units of consciousness shine amid liquid light, as one.

I imagine what this might look like from the vantage point of outer space. An opalescent planet, conscious and alive. I don’t know, this seems like a really appealing concept. I think we can pull it off. 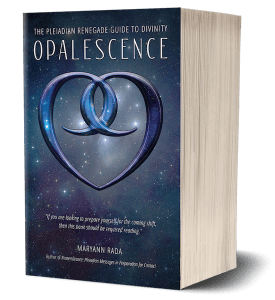 So-called marauders may become focal points of interest. It won’t be long until the truth of all truth is known, and now is as good a time as any to start looking at lies and deception with an eye to transforming them into the truth. You have to start somewhere. Look around. The truth lay around in great shards like a giant glass jigsaw puzzle. Pieces will fit without injury if handled with care. With love. In fact, the effect is quite lovely, once the pieces begin to align in such a way that light bends in angles of perception hitherto seen merely as an edge. It is your own understanding you can see refracted there, and the insight that such perception affords.
It is the beginning of opalescence.

Get your copy of Opalescence: The Pleiadian Renegade Guide to Divinity. Find out more at Nine’s Path, or order directly from amazon.com.

Love
In the moment in which you forgive yourself for being human, you become more fully human, and more divine.
https://ninespath.com
Reactions: Alain, Lila, Pucksterguy and 1 other person
OP

Huh. I must have missed this posting. All sounds pretty dang beautiful. Better break out my old opal ring just as a daily reminder.
Thank you!
Lynn
Reactions: Pucksterguy, Lila and Maryann
You must log in or register to reply here.
Share:
Facebook Reddit Pinterest Tumblr WhatsApp Email Link