Near the end of this year I started doing some research on virtual reality headsets. What triggered this was using an oculus vive headset at an Antarctica exhibition in the square, here in Christchurch city a few months back. 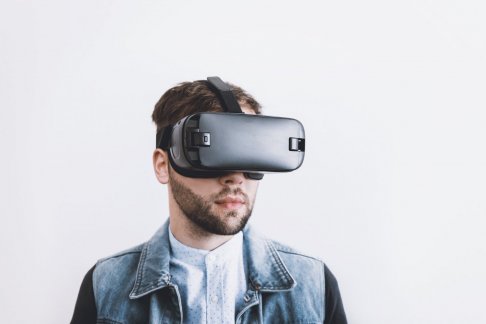 ​
It was my first use of a VR headset. They had a video playing on the headset which showed a talk going on in Antarctica, with a group of people standing around in the VR world. That was interesting, however, I was left quite disappointed.

The image was blurry and it lacked quality in comparison to not just the detail our eyes pick up day to day, but also what is expected from computer monitors or TVs.

One reason it wasn’t of a high quality was because of the resolution of the video, which I was told was at around 1024, but that wasn’t the only reason.

So I went on a journey to learn about the quality of the headsets, and to find what was the best one technically speaking, among what was commercially available.

A few of the more popular VR headsets in 2019 are:
I found that none of the commercially available headsets came close to having the quality I was looking for, and expecting, which would resolve the issue of blurriness and a pixelated image. 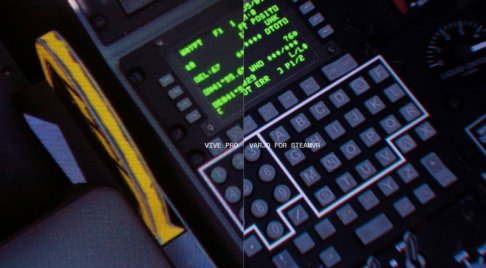 ​
I have since looked at image comparisons, so I knew that even though the resolution wasn’t high on that Antarctica VR experience I had, that wasn’t the sole reason. For example, above on the left is an HTC Vive Pro (9.8ppd) and on the right is a Varjo (60ppd). This would is the view inside the two headsets. 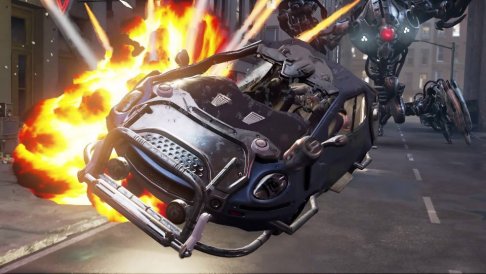 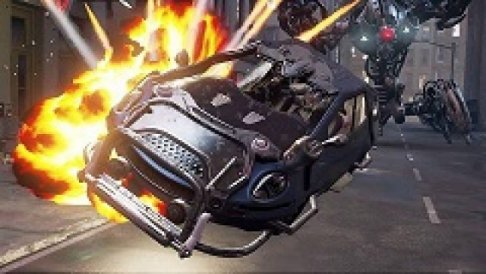 Image source: roadtovr.com​
Another comparison is above. The first image is 60ppd, and the second, 15ppd.

My research concluded that there is really only one important technological feature I’m interested in when looking at VR headsets and that’s PPD, pixels per degree.

Personally, I have no interest in any headset that would have a PPD lower than the human eye, as that is going backwards in terms of technology. We just have to look at how monitors have progressed over time to realise that.

So what is PPD? One way to explain pixels per degree is to say that normal 20/20 vision can be similar to 60 pixels per degree. This is all about the amount of detail we see in an image, whether it’s inside a VR headset when we have it on, or looking at our phones screen, laptop screen or computer monitor.

Note that PPD is used in virtual reality, where with regular screens, it’s known as PPI, pixels per inch, and the numbers are different in terms of the calculations. Someone with 20/20 only needs 300ppi, as anything higher than 300 isn’t noticeable if you are close to the image (300ppi = 60ppd).

With a digital camera, the only reason to get a higher number of megapixels is so that you can print larger images like posters, or display the image digitially in a very high resolution. In other words, when you go beyond a certain megapixel amount (very low), it doesn’t actually impact on the quality of the image unless you need it printed at a massive scale. For example, a 12 megapixel camera means a maximum resolution of 4608 x 2592 which would be fine for a print size of 15.36” x 8.64”. This is a major marketing gimmick for companies that sell cameras. I have an old DSLR Olympus camera that is 8mp, and it does perfect photos as I don’t need a higher resolution than 3840 x2160.

While resolution certainly relates to VR headsets, as you want to have a certain viewing angle with the eyes, it’s really just about the amount of information on a screen, rather than the quality. Typically a high resolution doesn’t mean you have high quality, it just means more fits onto the screen.

1995–2000: The most common was 15" monitors with 640x480 resolution. That doubled pixel density to roughly 30 ppd. Noticing pixels were possible but images became far more lifelike.

Most modern smartphones have over 120ppd at a normal viewing distance.

Just about all of the commercially available VR headsets range from around 8–22ppd. But you will be paying a lot if you are going above 15ppd at the moment.

I don’t know about you, but why would you put money into something with such low image quality?

There is another option, but only if you have six thousand US dollars. That’s the Varjo (https://varjo.com/products/vr-2/).

They are leading the technological race here with a PPD of 60, but it’s only available for companies, not for the general consumer.

“With human eye-resolution, integrated eye tracking, and unprecedented software compatibility, Varjo VR-2 allows you to explore and create 3D models, train in realistic environments, and create limitless research scenarios – all with the pixel-perfect clarity that only Varjo can deliver.”

Over time, technology will improve, headsets will become cheaper, and eventually they will be much popular with the PPD reaching at least 60.

When I talked about 60 being equal to the human high, it’s not as simple as that.

You have to take into account the viewing distance, as in where you are in comparison to what you are looking at, and a number of other factors. There’s a good article about that here.
It’s said that 150 PPD is the real number for technology to aim for.

What really drives my interest in VR

With a virtual reality headset on, it’s not just about what you see, as there is more technology coming out that interacts with the 5 external human senses.

You can become very immersed in a virtual realty environment, thanks to all this technology.

My interest in teaching people about spirituality, metaphysics and what lies beyond the human experience, including expanding and exploring our consciousness, does actually fall into VR.

Through creating a virtual environemnt that includes the types of direct experiences we can have beyond the physical, including psychic experiences, seeing auras, remote viewing, astral projection, meeting and communicating with our guides, and even merging with our higher self, one can have a more direct learning virtual experience.

This would further encourage people to wake up and explore who they are beyond the physical.

One idea that pops into mind is that if I had the funding, I would create a project with the use of VR headsets technology such the Varjo, and design software to be used for this purpose.

They are not just for entertainment.

About Laron
Laron G. S. is an energy healer, past life therapist (QHHT), out of body explorer and consciousness guide from New Zealand. With a background in supporting people in IT, including technical writing, Laron is also a poet, editor and online community specialist. With a passion for seeing people grow, he’s currently putting together a series of self-paced online courses on www.consciousness.life focused around spiritual development and astral projection.

I have recently purchased an AR headset instead of a VR headset. Can recommend. It is a REAL-ly fascinating experience!

Let your truth be authority, never authority be your truth.
Reactions: Laron

i know there is the normal version and the one you can place your phone in it, the phone version is no good deal for eyes and brain i think

the idea is a good one in all the cases
Reactions: Laron
OP

Sinera said:
I have recently purchased an AR headset instead of a VR headset. Can recommend. It is a REAL-ly fascinating experience!