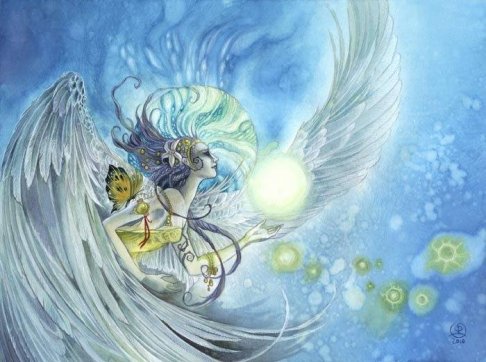 ​
We are very much in the energy of the Virgo full moon at present which is tomorrow so HAPPY FULL MOON VIRGOS!

The mind works overtime near this one and there is a sense of urgency to get things done, so my advice is to take one step at a time and breathe, try not to overthink or over-analyse.

If there are health issues then deal with them as well as you can so you wont imagine the worst, or worry.

As with many full moons there is an air of excitement or a feeling that something of major importance is about to happen, which could well be true in fact.

This moon also brings for many a tendency to be overly picky or critical, so Virgo types should take care with this and Pisces types must take care NOT to be overly sensitive as I know I am.

On the other hand this is a wonderful moon for healing and seeing what we have missed, as long as we do not overreact too much.

And as with any full moon please try not to make major decisions as your minds are going to change soon after, as 95 percent of the time on a Full Moon this happens.

Wait until after the Full Moon for anything major to decide about.

This Full Moon is a big turning point in the lives of Virgos and Pisces, also many others with the signs strong in their birth charts.

For Pisces its about relationships, how they interact with others and share of themselves.

For Virgos is about their very “self”, as well as how they interact with those around them on personal levels. Its about their health and their direction for the year ahead and will bring a few chickens home to roost if it hasn’t already.

A major feature of today is Venus moving into Pisces where we fish get to have some love and attention and feel at our best in the 3 weeks ahead. This is very positive for romance and for being at our creative best.

Its very positive for romance for Virgos too as its in their commitment zone, their place of "others".

Taureans and Librans will enjoy the chance to use their creativity in flowing ways and also to use their intuition or any healing skills as there is much compassion that comes with Piscean energies.

Lilith today is squaring Pluto bringing out what has been bottled up and wanting to be heard or seen so it can be healed in the light of day.

This is strong for Scorpios and Capricorns, Aries too but Lilith will work for anyone who is in that “place”.

The Sun is sextile Uranus in Taurus which for everyone is good for a renewal of our health regime and daily routine, and works well with this health full moon we are under the influence of just now.

This is a good energy to help us to choose for ourselves all that is best for us and our bodies, a healthy lifestyle and especially so for Taurean and Aquarian types of people, Leos and Pisces too, but its encouraging for all of us in areas of freedom of choice which is so crucial at this time in humanities collective evolution.

Tomorrow on the full moon the aspects for the most part are positive on most fronts but there is a square of Mars in Taurus to Pallas in Aquarius which is suggesting there could be some strong debates happening on what is fair and what isn’t and whether force should be used to achieve a certain goal involving communities , groups or matters pertaining to media or other areas that could affect our communities of the Aquarian type.

I mention this as the day after the Full Moon which is incidentally at almost 9 degrees Virgo, there will be a meeting of Lilith and Eris which is a powerful female force of the kind that could bring quite a major clash in the world.

Eris is wanting unity at any cost even war, as always and Lilith is pushing a point home in any way she can.

Sedna will be conjunct Mars and it seems she means business also! Someone is on the war path to right a wrong at this point.

Sedna in the legend was betrayed and caste into the depths of the ocean, becoming a Goddess to provide for her people despite the treatment she had received .

This aspect is Sedna on a mission and well armed to carry it out.

Sedna has a great love for her people and tremendous courage in this case to fight for what is right so being in the ocean there are a lot of subconscious forces at work with this aspect.

As well as this she is about to turn direct in motion in the sign of Taurus.
All this very near to the powerful Full Moon and soon to be Perigee which will be in the political sign of Libra by then.

So it wouldn’t surprise me if there was something about to erupt from out of the blue whatever form it takes to wake up mankind. and this is most likely to relate to our health and wellbeing.
"We are endless galaxies but we have seen just one star."
My Astrology focused Facebook Page: Neptune's Magic
Reactions: Lila and Lilia

So much to look forward to; including some surprises, apparently