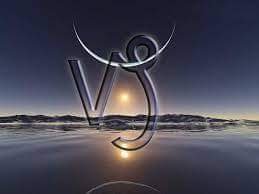 ​
Tomorrow is the New Moon in Capricorn which is a new beginning of the year for Capricorn folk, and for them and the rest of us its the best time to form new ideas about structure for the year ahead, and work out how we will gain this structure whether it is in the material world or other areas that will mean long term security in areas that count most in our lives.
This is a time to begin setting firm foundations to work with that keep us on a steady path.

New decisions are best made towards the crescent moon phase.

This New Moon will help restore some order to this time of Chaos in so many countries especially those where there is no clear leadership or structure.

Its important to remember that although the mind can be logical and clear - physically you may lack energy over the New moon period. This is a normal reaction as the light of the Moon closes off.

Today is also a special day as Mercury at 5 degrees Aquarius is conjunct Jupiter, a really positive aspect for good news and positive thinking.
This is especially so for Sagittarians and Aquarians, Virgos and Geminis, but also really helpful for the rest of us as it allows us access to the higher mind where we can by pass the trivialities that can plague us on an every day basis.

This aspect if one of good news and positive thinking, the best time to come up with some highly original and unique ideas that lift us above the ordinary.

Its very special for writing and speaking our truths and feeling inspired.
Anyone with planets in 5 degrees or so of Aquarius or 5 degrees anywhere should feel the benefits of this aspect but others will also, and should make use of it when they can. This is part of the New Moon energy also.

Another aspect of note happens today, Venus in in conjunction with Pholus at 4 degrees Capricorn.
This is a strong aspect and important, even though we don’t hear often about this Centaur legend.
As a centaur Pholus was unusually gentle and wise, a friend of Heracles. He was the keeper of the sacred wine who lived in a cave. He died very suddenly through touching a poison arrow more through curiosity than anything as he was so stunned with what happened. Other beings died around him.

This was after a group of centaurs went into a frenzy after smelling the wine that Heracles was drinking and attacking with poisonous arrows.
Pholus was so respected that the gods rewarded him for his show of hospitality to Heracles by placing him amongst the stars as the constellation Centaurus and his wine-cup as the adjacent Crater.

He represents the catalyst and provider for a sudden and major change in our lives, also a chance of being released from a very confusing or stressful situation. He is about a small event or action having a major chain effect. And so it is with Venus involved.

Those of you that feel this energy today or tomorrow will be ready for a very rapid transformation that also involves the Jupiter /Mercury aspect.
I have always felt great affinity for this Centaur.

Capricorns should definitely have a profound experience with this aspect as will Taureans and Librans especially if they have planets near this 4 degree mark or were born at the beginning of Capricorn.

But its an energy that could happen for any of us in this time due to the New Moon being involved.

I love that the Sun trines Vesta also reminding us to keep our inner spiritual fire burning brightly and our outer physical and emotional boundaries strong, especially so for Capricorns, Virgos and Leos or that “type” of person.

Tomorrow at the New Moon, Venus will conjunct Quaoar(which I can never spell) at 6 degrees Capricorn.

Quaoar was a creator deity of the indigenous Tongva people of Southern California, who danced and sang the world into existence.
Quaoar is the creative force of the Absolute, the metaphysical point from which chaos issues forth for the purpose of manifestation, shaping into material form. Quaoar points us to our ultimate connection with the Source of All that Is.

Venus with Quaoar in Capricorn is helping us handle the internal turmoil of emotions that has resulted for many of us in these uncertain times on this planet and reminds us that we need to clear karma and ego attachment so as not to keep repeating the same patterns from the past.

As this happens on this important New Moon that is helping restore order to our lives personally it is also aiding the political powers that be to do the same.

Quaoar helps us to come back from a place of fear and blame, hatred and anger to a more creative approach to solve major breaches of trust and power struggles.
This is all very timely in my opinion.

Tomorrow is also going to bring some highly unexpected news globally and possible media disruption as Mercury in Aquarius will be squaring Uranus in Taurus.( I actually wrote this yesterday by the way).

For individuals, as this happens on the 6 degree point in both signs – again it is those who were born early in any sign that will be most affected especially Aquarius and Taurus but it will also affect the more mercurial signs and Taureans, Aquarians too, in a more general sense.

These aspects will add to the power of the New moon.

The following Day 13th/14th depending which country you are in brings equally strong aspects including one of Mars and Saturn so this is a situation of someone taking a stand and not budging and with Uranus at station on 6 degrees this brings focus to the Mercury/Uranus media aspect so stay aware of this.

Uranus at station is also about media, technology, communities, public transport and both planets are about TIME so perhaps this will be when times does stand still as I have been expecting for quite some time now after hearing that voice that told me it would happen.
There are equally positive aspects as negative on this day and with Uranus about to go direct we get a chance to reassess and re focus on the path ahead.

For so many of is this the 14th will be a key date for moving forward with the energies generated by long term transit aspects of Uranus to our own personal planets and to feel more ready to do so.

I will write more of this as there are some massive aspects coming up including one of rebirth as the Sun conjuncts Pluto on the 15th on my side of the world and 14th on the other.

This is a total transformational rebirth influence for us all so from this point even now, we enter that energy..
"We are endless galaxies but we have seen just one star."
My Astrology focused Facebook Page: Neptune's Magic
Reactions: Lila, Alain, Kiera and 1 other person

I started off with some quotes from your post and found I was high-lighting almost the whole thing. So, yes, big turmoil; yet I am aware but also removed. Being able to talk with intelligent and aware people here also makes a huge difference. Thanks for your insight as we step out with confidence into a new place - likely inner and outer.
Everybody all around the world - Gotta tell you what I just heard
There's gonna be a party all over the world
I got a message on the radio - But where it came from, I don't really know
And I heard these voices calling all over the world
Electric Light Orchestra
Reactions: Tania and Janne

Oh you are wonderful Janne. Waiting for my profound experience. Thank you!
Laughter is the sound of my soul.
Reactions: Janne