Article VENUS INTO LIBRA AND MARS ABOUT TO RX ALSO NEWS OF HIS OOB EFFECT FROM OCT 23rd. (1 Viewer) 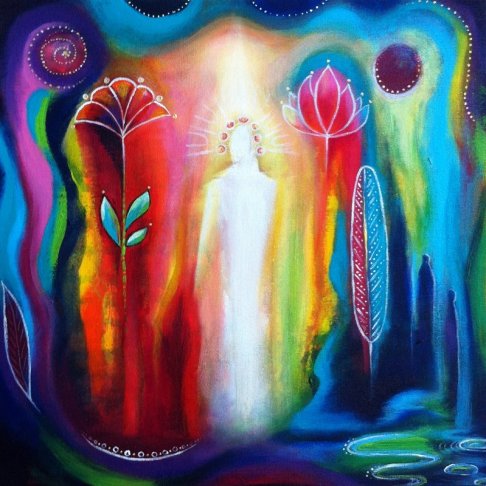 ​
VENUS INTO LIBRA AND MARS ABOUT TO RX ALSO NEWS OF HIS OOB EFFECT FROM OCT 23rd.

Venus moves into Libra today for 23 days which is a very good thing for Libran people as it brings more social contacts, more attention and love into their lives and with the Sun there too it will really help bring out their best traits and also bring the best company.

For some it could bring a meeting with a special person – romantic or otherwise as Venus in transit meets a Libran Sun degree.
For Taureans this is a similar energy so they can find more balance in their lives and express their creative self more, find a middle way, gain more understanding of others, find it easier to negotiate and gain the cooperation of others.

This should be the same for all of us in fact if we can tap into this Venus/Libran energy, as Venus is very happy in this sign being the “ruler” of Libra although there will come a time when I am sure another planet will be appointed that position. (I like Eris, only Eris is slow moving so may not work in practice.)

Libra is a very political sign and Taurus is not. Ive always thought Venus suits Taurus far more than Libra. Still, Venus does like being social and interacting with people in that sense, and also dressing well, and showing her creative side.

Ceres today who is of the nature of both Taurus and Cancer is moving into Virgo today to take over from Venus’s transit through the sign just in case we do need to deal with a bit more research and analysing of data, but in a helpful way.

Virgos wont miss out on love and attention with Ceres in this sign as she is all about caring and nurturing people and life. As Ceres is a very large asteroid she is now classified as a planet and is in the most popular ephemerides along with our main planets. I find this very helpful.

As there is not a lot happening just now except Mars making his presence in Gemini very obvious, and in Oct will station and Rx on the 30th of the month, I will write a little about this transit as it’s a major force in our lives right now as the station point is going to change things especially for Geminis born before 17th June or thereabouts, AND Arians of course.

The station point will be 25 36 Gemini so any transits over a Sun position will repeat twice . And any aspect formed with other planets by Mars will repeat in the following months from Oct until March 2023 with the station point 12th January being another key time.

A station point is powerful which is something many astrologers miss . It’s a gathering and focus of the power of the planet involved and all aspects it has formed , as well as the meaning of the sign the planet is in…

Mars is assertive and direct , active and at times impatient for action. He is motivated and ready for whatever comes his way and at times aggressive. Whatever aspects he has made in your birthchart will be a focus near this station point as will the placment of the sign of Gemini in your solar and natal charts. Mine is my solar home zone and my natal health/wellbeing and work/service zone.

Gemini for all of us is about communication, media news, education, networking – journeys, usually short but can be by air. Also neighbours and school friends or peers, siblings.
Mars in Gemini until March next year means assertive communication, more contact with siblings and /or neighbours, more interaction with anyone , (those from the past very likely after the end of Oct), more imparting of and gathering of information.

The Rx means a turning point globally in how we get our news and what news we get, how we communicate with others as well so things are going to change in the time ahead on all of the above.

There is going to be a returning to the past in some sense to hear and learn about new or old information. Mars can be angry and very active so this will be directed to a lot of areas not previously addressed. I expect the changing direction to affect mainstream TV media and social media , also people of the Gemini nature in high places retrieving what they lost and making it right.

I could write a lot about this but we will let it unfold.. Mars is returning to certain areas to assertively change what needs changing in withheld information and bring it to the public eye …
And to top this off very nicely I realised that Mars will also be out of bounds by declination, (OOB) by the time this stationpoint happens, and at his more extreme self, acting way out of is usual character, out of the Suns control...
I describe any OOB planet to act as if there is a strong aspect of Uranus to their position, a radical change of nature in this case, as well as reactions, as that is the best explanation one can give for an OOB planet.

Mars will go OOB about the 23rd Oct to the beginning of May 2023. I had to double check this as it’s a long time so its very important . It happens through the eclipses coming in Taurus and Scorpio beginning 25th Oct (partial in Scorpio and then the total solar Taurus ecipse 8th/9th Nov bringing more of the unexpected to their effect.

The OOB is in effect when Saturn and Jupiter station and turn direct, when Saturn enters Pisces and Pluto enters Aquarius in March 2023.
Saturn changing direction is a good thing as this lifts restrictions by Govs and other bodies Saturn will be thereafter moving towards Pisces, leaving Aquarius which has been the preliminary stages of the New Age we are entering which has been predicted by many different belief systems, called the Golden age in many Asian belief systems but also in the West in some texts, written about in the Bible which Revelations covers.

So basically Mars is a big player in this next stage of the cosmic game and I know many people have felt his presence in Gemini in Sept, in fact from the New Moon in Virgo at the end of August as he formed from Gemini a square aspect to this sign . Mutable signs such as Pisces especially seemed to feel this but I do think it was general with more aches and pains and general inflammation in the body, feelings of extreme anxiety. I also thought the solar flares had a lot to do with the same. These health issues do seem to be easing now as Mars in Gemini is a trine aspect to Libra.

I will be writing more about this in the months ahead as it will be a very interesting time in regard to all forms of communication and the devices we communicate with and on the social networking platforms, affecting how we get world news as so much as been hidden from us. I do think we are about to find out a whole lot more than we knew in a more open manner, with some extreme reactions from many over these months ahead…

Tomorrow the Crescent Moon phase begins which is a time for collecting information, making contacts and learning more about our plan or project.
Keywords: Activation; Striving; Future

​
"We are endless galaxies but we have seen just one star."
My Astrology focused Facebook Page: Neptune's Magic

Awesome art, awesome update. Thank you so much Janne!

Having read your article, I was then very drawn to this Youtube video featuring Jay Weidner and Dolores Cannon's interpretations of the Nostradamus quatrains for this time period.

Something big is coming this month people.


Jean Claude hosts Jay Weidner and Astrologer Julie of Maison Jupiter to discuss Nostradamus, Rudolph Steiner and the coming eclipse.
Laughter is the sound of my soul.
You must log in or register to reply here.
Share:
Facebook Reddit Pinterest Tumblr WhatsApp Email Link