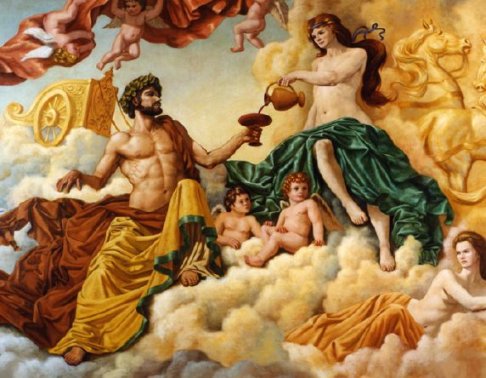 ​
Just after the Sun has entered Sagittarius, the moon, still at Perigee will move into Scorpio for a few days in preparation for the new moon, which is the time for planning and deciding on our next moves, especially for Sagittarians.

This period now is one of extremes in just about everything as the Perigee moon is powerful in her effect, which means that all aspects of other planets at this time are felt intensely.

Today the Sun in Sag trines Chiron in Aries which is basically about strengthening ourselves and preparing for what is to come, calling on our own inner guidance and strengths so we can make the best use of the considerable amount of information, opportunities and experience that will come from both the new moon and the following move of Jupiter into Capricorn.

The fire signs should be ready to roll and air signs too, but all can make use of the energies as always.

Venus is very busy both today and tomorrow as today she is conjunct the Galactic centre.
Not everyone benefits from the GCs energies especially those still too tied up in traditional ways, but the whole point of these aspects is to open our minds to greater possibilities and not stay stuck in old belief systems, as we are constantly entering states of growth and renewal.
Nothing stays still in any plane of being. It’s a natural law.

This aspect of Venus/GC is about being open enough to receive new information from “up there” that will make itself known in time, on how we can better use our human feelings, emotions, personality too, to enhance our lives in both personal areas and when reaching out to aid others.

This aspect also opens up our values so we can branch out from focusing only on the material world, to a wider perspective of life, and if we do happen to have wealth on material levels, then this can add to our generosity of spirit where others are concerned.

On a more basic level this aspect encourages us in the coming days not to block out greater possibilities in our lives even if we have had some fear in the past about stepping out of our comfort zones.

Librans, Taureans. Sagittarians will love this aspect as it enables them to expand on what they have but the GC is there for us all to learn and grow from.

Tomorrow Venus next conjuncts Jupiter in Sag, so if you are receptive to the energies then this can bring celebration, a great day for gathering with others of like mind and letting loose some inhibitions.
This happens at 28 Sag so anyone with Sun or planets around that degree should feel the effects with a special event or luck happening.

My South Node is there and a prenatal eclipse so I will be taking notes.

However Mars will oppose Uranus so some of the events of the day may totally take us by surprise.
Lets hope the main meaning of this aspect will be that of the unexpected in a good way that is CAUSE for celebration.

Mars opposing Uranus , Scorpio to Taurus can be a little explosive to say the least. Its like lightning striking which then uncovers something hidden.

This aspect really catches my eye and alerts me to the possibility of a major event as this is so close to the New Moon with the Moon still very close to the Earth, so this could bring quite an event in the world that takes us by surprise and draws a lot of attention.

This is like lighting striking aircraft or an explosion involving travel, or more than the usual violence in places that are at war.

People born at this degree or near it may feel it as a surprise encounter or having to deal with something without too much warning, but it not so powerful personally as globally so don’t panic about this, as for people these daily aspects only have a strong effect if there is a notable aspect similar in their birth charts.

Let’s hope and pray that Venus and Jupiter can work together to prevent anything major in areas of world disasters during the new moon period, as New moons do tend to draw in these energies.

So we have a bit of a mixed bag as this new moon approaches.

"We are endless galaxies but we have seen just one star."
My Astrology focused Facebook Page: Neptune's Magic
Reactions: Henda, Alain and Anaeika

They were joining in from the 'core of things' quite possibly the galactic center and were a joyful, celebratory bunch of folks really happy to help with the healing.
I posted about it here: https://www.transients.info/roundtable/threads/remote-group-healing-session-weekend-of-november-22-2019.7405/#post-52212
I'm still tingling about it all. I was really special.
Reactions: Alain and Janne
You must log in or register to reply here.
Share:
Facebook Reddit Pinterest Tumblr WhatsApp Email Link