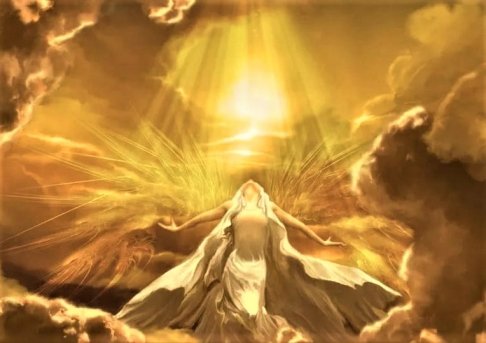 ​
Today Nessus is conjunct Venus at 12 Pisces which I realised is on my own Venus so it’s a Venus return with a Nessus effect.

For us all and especially Pisceans, Taureans and Librans, we can use this energy to say no to those who have pushed our boundaries too far. This is an aspect of “ the buck stops here” when it comes to any form of oppression or abuse be it open or hidden.

If our boundaries are being pushed or our words not being heard then its time to say no. Nessus is about betrayal and abuse of trust.

This aspect can help us say no but also love in unconditional ways with total respect for the individuality and rights of others.

Anyone who has overstepped the mark and invaded our personal rights, even trying to force certain beliefs on us comes under the Nessus energy, but in a positive light this is a chance to address any situation that feels invasive or wrong for us.

Pallas has now moved into Pisces which is another boost for we fish. Pallas is of the nature of Aries/Libra with some Leo/Aquarius thrown in, representing wisdom and justice plus the power of the creative mind.

Pallas will empower Pisceans in the coming months to listen well to others and take all matters into consideration before making important judgements or decisions. Pallas is always fair even if she has to speak out strongly if there are any wrongs being done. She will talk it over calmly but forcefully if needed using her deep wisdom as a guide.

When she delivers her verdict she does it fairly and justly and will never resort to war unless absolutely necessary, unlike Eris who will use whatever it takes weapons or not.

Even though this is happening in Pisces it is an energy that will be there for everyone to promote more compassion and understanding than we have had for a while on this planet, and so badly needed in the world as it is now.

In May Jupiter will join Pallas in Pisces and I am sure this will change the whole tone of the global scenario, political or otherwise that is coming in and although there is effort being made to help the masses to live a better life, a lot is very, very faulty and dangerous, still corrupt too, ruled by money and fear, and its not just matters relating to health that are experimental – there are many new areas which include housing, our financial systems, travel, sport and education, communication/media, censorship once more of books, which is why when the next eclipses come in May/June in the relevant signs of Sagittarius and Gemini, more big and radical changes are going to happen.

May/June will bring a different world than that which we are experiencing now, and there will be more of that to come in 2022.

Tomorrow we have more of the same theme as Venus/Nessus, when Lilith conjuncts Eris. This is a VERY powerful aspect even though these are not traditional planets.

I am pleased that Mars in Gemini will be quintile to Neptune in Pisces as well, as quintiles enhance our mental capacity as well as our natural talents and in this case very much so for Aries, Geminis and Pisces, but this is about acting on our thoughts and communicating the same with compassion while using our intuition.

And where to start with Lilith and Eris! What a powerful combination in Aries at 23 degrees Aries (leaning to 24 now). This is raw power of putting into action the usually hidden or forgotten power of the deep feminine wisdom that has for so long been shunned by the patriarchy of the past. And this doesn't mean it is only females that will feel this.

This can generate a lot of action being in Aries, especially for Arians of course or those with planets there or opposite in Libra.

And globally I would expect a big uprising in the coming days in many different parts of our world, possibly led mainly by strong females but this aspect goes very deeply into the collective psyche combining male and females, that have felt oppressed and judged when they really care about people and the planet.

Eris wants unity at all costs and will go all out to get it, using whatever it takes for the best results to promote change.

Lilith will make another aspect with Uranus in 3 days at almost 8 degrees Taurus so this could be a little more radical or unexpected and as the Moon is associated with Lilith, and Taurus is about the earth itself one wonders if some of this effect will be in a physical sense on our planet as I know there are some Volcanos letting off a lot of steam and some that have been dormant rumbling quite a lot, not to mention the 3 Major Earthquakes, 2 over 7 and an 8.1 within 24 hours in the last few days.

We do indeed live in very interesting times of rebirth for this planet and we on it.
"We are endless galaxies but we have seen just one star."
My Astrology focused Facebook Page: Neptune's Magic
Reactions: Lila, Alain, Jenniflower and 1 other person
You must log in or register to reply here.
Share:
Facebook Reddit Pinterest Tumblr WhatsApp Email Link