Article Update of the Sealing status of Asimoss centers (1 Viewer) 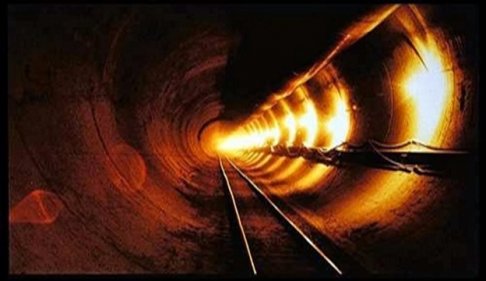 ​
While the work of "sealing" the operating centers of Amoss and Asimoss continues, which we had explained in the previous article, and since it is a long process, we must wait patiently for the different forces and hierarchies of beings that assist the planet to complete the work and, for now, not to start new "offensives" until we can isolate some of these bases definitely.

In spite of what we could think, they are not physical structures in the 1.1 plane, that is, they are not centers that are in what we call the "solid" or material plane, where a human, if he had the capacity to run into one of these bases, could see it, touch it or enter it, since they are located in the "energetic" part of the physical plane, which goes from sub-levels 1.2 to 1.7 of the material structure of the Earth, in frequency levels where only the "forces of nature", and, of course, Amoss, Asimoss and the rest of races, move with ease and in their natural state.

Thus, the question that "floats" in the collective unconscious for all those who have read the previous article, and that has been consolidated as the clearest doubt about it is: "how is it possible that the beings or forces of nature can seal a logistic base of the asimoss?," the answer is that both those" devas" or beings of higher hierarchical degree, like the different "guardians" and "protectors" that assist Kumar, are "solid" in that plane or sub-level, and, therefore, are in the same degree of "energy density" like Asimoss and Amoss and their operations centers, so that, for them, it is a center or structure with which they can interact, "touch," dismantle, etc., while, for us, they are only energy structures that we do not see and that are beyond the reach of our capacity for interaction.

This facilitates the "fight" against the remaining members of these races, since they have to face "equal to equal" beings, who have the same power, potential and "solidity" as they do, unlike what happens with the human being, since for us the Asimoss are "ethereal," in the sense that we do not see them, and they move among us through sub plane 1.2, solid and material too, yes, but beyond the reach of the human being "medium."

Thus, although at the level of "earthly" humanity we are at a disadvantage because we fight for something that is superior in knowledge, technology, energy, potentials and so on, for the rest of the forces that assist the planet, it is a "fight" practically between equals, and even more taking into account that the planet itself empowers all the beings and forces that work and assist it so that they can carry out this task as well as possible. The only difference, in this case, is the technology, which Amoss and Asimoss possess is very advanced and that neither the forces of nature nor hierarchies under Kumar own as such. But there are always ways to compensate and little by little progress is being made in the sealing and isolation of these centers where the operations of "reproduction" and rapid growth are continuing, which allows them to increase the number of members that integrate these races.

So, now who runs the planet? Who "commands" in the control system? At the moment, there are a couple of Asimoss who have assumed the management of all circles of power and dictate "technologically" the orders to "humans" in levels 3 and 4, and hence, already in "cascade," follow the same process as always to keep the system running. As you may have guessed if you have seen any other headline in the news, it is again trying to ignite the war "spark" through a conflict with Iran, but it is rapidly dismantled at a mental and etheric level so that it is possible that it may became just another attempt to put the planet "upside down," as they have tried and will continue trying to do, with the aim of reducing and preventing, on one side, that the vibration and frequency of human beings continue to rise, and, on the other, that the planet and those who assist it have more problems to continue building the 15.6Hz physical plane, because, as we have said in some other article, its anchors and connections are "plugged in" to the physical plane 7.8Hz, the current one, in the sub-plot 1.2 of it, so that they can act as a "bridge of passage" in the future, so that by destabilizing the whole Earth, in one way or another, obstacles and difficulties are put to avoid the quick completion of the last missing structure of this octave of solidification. Then, evidently, at levels "closer" to us, this type of conflict has all kinds of monetary objectives, of power, of geopolitical interests, etc., but that is what the power circles of the levels of the 6 to 10 seek, being commented in the previous lines the intentions of the members of the circles of power from 1 to 4.

Let’s hope that soon we will have good news about this sealing and isolation of the most important operations centers and to see what initiatives can be taken to continue with the task of expelling the Amoss, Asimoss and company from the planet.