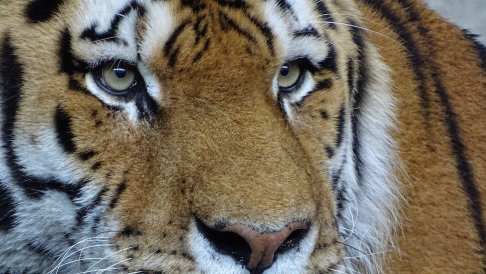 The latest DM from the League of Light has elicited many questions regarding the spelling of “tyger”… indeed, the concept of it in the message altogether is enigmatic. I thought a short look into it would be of benefit not only to individual understanding, but looking further, into the field of consciousness in a world at the precipice of change. This, too, is often commented upon: the sense that something big is looming. It’s been for a while, but with the elections looming and unrest rising (almost) as fast as is the undercurrent of joy, we’re looking at a clash of oppositional forces. I’m not talking about politics. I’m talking about duality in general, and our human propensity to divide and conquer. As it is with nations, classrooms, and markets, so it is with awareness of a thing, no matter what that thing is. Actually, just to “thingify” something divides it from the self, and from its core nature. It skirts around the base projection that is at the heart of the matter. Of course, I’m talking about love.

THE MESSAGE
First, I’ll post the text of the message, exactly as it came through, in the message “To the End, Pray for Peace”:

Tygers are coming.
The stars will fall.
Over the sea will come the sound of a prayer,
and when that echoes, the war will be over.
Remember the core words of the prayer.
Bring each other home.

There’s a lot packed into a few lines. Dominating it is the primordial feline power, in the figure of the tiger. Why is it spelled “tyger”? I asked to make sure I was spelling it as the LOL desired, and yes, they are specific in this. What I see distilled in this brief transmission is the presentation of fear, fate, human rising, divinity recognized, remembrance, and unity. The fear, however, is more complex than a simple visceral reaction. It is more of a daring to see the darkness within our shared reality, to own it and to thus be free from it.

THE POEM
My first thought in reviewing the message went to the poem “The Tyger,” by 18th-century mystic and artist William Blake. If people know only one poem of Blake’s, it’s more often than not this one. I studied it as an undergrad, eons ago. Here it is in its entirety, but pay special attention to the second-to-last stanza, and extra-special attention to the last line of that stanza:

Tyger! Tyger! burning bright,
In the forests of the night;
What immortal hand or eye
Could frame thy fearful symmetry?

In what distant deeps or skies,
Burnt the fire of thine eyes?
On what wings dare he aspire?
What the hand, dare seize the fire?

And what shoulder, & what art,
Could twist the sinews of thy heart?
And when thy heart began to beat,
What dread hand? & what dread feet?

What the hammer? what the chain,
In what furnace was thy brain?
What the anvil? what dread grasp
Dare its deadly terrors clasp!

When the stars threw down their spears
And water’d heaven with their tears:
Did he smile his work to see?
Did he who made the Lamb make thee?

Tyger! Tyger! burning bright,
In the forests of the night:
What immortal hand or eye
Dare frame thy fearful symmetry?

A driving force of beauty, this poem. It’s well studied, with countless students of literature tasked with writing about it in comparison with its paired match, “The Lamb.” Blake wrote two sets of poems in his work Songs of Innocence and Experience, one set gentle and innocent in its perspective, one set more savvy, savage, and audacious. To the innocence and sweet pastorale of the lamb, the tyger stands in stark contrast, in terms more brutal but no less in awe of the divine hand that crafted its form and breathed its spirit. I will leave it at that and suggest a quick search to find more in-depth dissertations on the subject. Well worth exploring.

NEMESIS AND NINE
I can only guess that the LOL’s purpose in pointing my mind in this direction is in concert with world events unfolding. Dichotomies abound, as do misunderstandings. What is real, what is true? What is false, fake, evil? It’s not so easy to discern, if you stand on the sidelines and watch. Try removing yourself from the fray and seeing from the outside. I’m sure that’s the norm for many reading this, though, familiar as you may be with the action of Nine, Nemesis, and love. If so, all the better, for you are on the vanguard of a force that is coming into coherent patterning. Maybe you’ve noticed the amplitude rising as the frequency of sanity settles into a mind at peace with the dance of Nemesis to the music of Nine’s timekeeping. Love, then. If there’s no target, just feed into the network of awareness of love and nourish it with your light. Now, back to the tygers…

Fingers point in many different directions toward that which seems rightfully vilified. Gently draw awareness to the heart of the one pointing. To what end does this finger really point, in the recognition of projections of programmatic thought? From where does the thinker source their patternings? All roads lead back to the divine, eventually. With lambs, it seems a hop, skip, and a jump back to the lap of God. For tygers, perhaps it seems they must take a more circuitous route. And so it is, within the matrix of diametrically opposed forces, where Six stands as an affront to Nine (read more on this in Opalescence). Yet, in grasping the simple concept that both lamb and tyger source from the same life, it is merely following the root back to the love that yet loves each. Profligate, scoundrel, thief, prodigal all have a way back to that source. If the code of that rests in the base pattern of the human, that it is present in some so boldly is confirmation that it is possible in any. Like tigers roaming in the shadows of the jungle, do not the shades of lesser aspects of human potential also stalk the subconscious mind?

SCIENCE FICTION
This brings me to a story I’m surprised I’d forgotten, but which a couple of friends this week drew my attention to. Being an avid Ray Bradbury fan in my youth, I thought I’d read everything. “Here There Be Tygers.” It’s both a short story and a film (here’s a quick Wiki link for a launching point for further exploration). Cut to the chase: Men from Earth find a sentient planet that manifests for them whatever is in their mind. Wait, is this science fiction? Yes, but based in truth, as the best such writing is. This story takes “What you see is what you get” a step further, blends it with Law of Attraction basics, and packages it in vintage Bradbury style. With a dash of Blake to top it off.

THE CHALLENGE
Are there tygers in the jungles of your mind, and if so are they friend or foe? Can you regard the savage nature of a killer as a face of God in ignorance of self, source, and soul? What force of intelligence and love that brings you or me or a lamb or a tiger into being is one and the same. In the awareness of that is the difference. It is wisdom to recognize that, and to see beyond what the creation has made of itself into the potential beyond. Not to worship the fierce power of the tyger, nor to kill it. Our challenge now is not to hate it.

Coming back around to the message from the League of Light, now… we’re told tygers are coming. No doubt we will be confronting some of the deeper, darker aspects of our fellow planetary residents. While all around, words are thrown around and accusations based on assumptions of what another has in their mind, how settled can you be? Can you anchor into the core words of a prayer that leads you home into yourself, into the beyond from which you source? Rest in the peace of knowing that the love behind all is aware of every heart, every mind, echoed from the body of the sentient Earth. If you can, tap into that, and extend it to another. Perhaps, in recognizing a common source in the core foundation of love, what otherwise can threaten shared peace can become little more than paper tigers.

Thus ends a lesson in Nine.

Maryann Rada | Open I | Deepen Your Exploration of the Sacred

Maryann Rada 's writings speak to our transformation toward a divinely aware galactic humanity. Deepen your exploration of the sacred nature of reality.

Love
In the moment in which you forgive yourself for being human, you become more fully human, and more divine.
https://ninespath.com
Reactions: DebM, Alain, Lila and 1 other person

It certainly feels as if something is coming. It’s like a volcano rumbling, spewing up some steam and lava every now and again, making the air heavy with tension and hearts heavy with dread, sensing, knowing that the top is going to blow any time and when it does all hell will break loose.
So important to anchor ourselves, be still and Be Love
Reactions: DebM, Maryann, Alain and 2 others
You must log in or register to reply here.
Share:
Facebook Reddit Pinterest Tumblr WhatsApp Email Link