Article THOUGHTS ON 2022, INCLUDING A LOOK AT A VEDIC ASTROLOGY PHENOMENA CALLED NODAL BIND THATS BEEN HAPPENING SINCE THE START OF 2020 AND LOCKDOWNS ETC (1 Viewer) 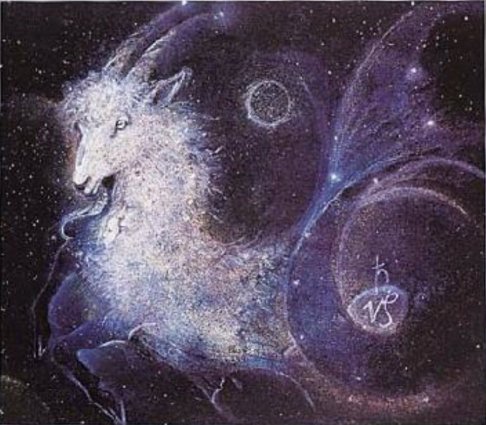 HAPPY NEW YEAR PEOPLE! Its now 2022 and what a transition its been.

For myself I felt some resistance and passed through a “dark night of the soul” as we transitioned into 2022. I felt this on every level of my being and spent a lot of time early morning on the 1st letting go of the 2021 energies and accepting an influence of which could only be described as a rebirth.

This in itself tells me this is no ordinary year ahead. The resistance is a natural reaction on some deep level for something coming that will be a major change possibly in our collective lives, but certainly for me personally, and of course its like this for any big life change- we do tend to have a moment of “what am I thinking!’ But then when you are actually doing it there is that excitement of something bigger and better which is quite awe inspiring.

Today Mercury is moving into Aquarius to stay on and off until the 10th March before he moves back to Aquarius mid Feb until 6th March.
Aquarians can get their thinking caps on and be at their best and brightest for inventive and original ideas they can share with anyone who is needing to be inspired by this signs natural genius for coming up with things that are different and unique.
Geminis and Virgos will also get the best of this ability to think outside the box and many more of us will as well, so we can let go of outdated thinking and move more into a future without so many rules and laws to inhibit us.

Today the Moon is Perigee which is near enough to the New Moon to make it a Perigee New Moon tomorrow.

This means the New Moon is acting already like a Full moon to a degree so feelings are at an all time high as we begin this New Year wondering what there is in store for us and what else can possibly happen!

This perigee New Moon is a powerful way to begin the year and apart from making the world a bit prone to larger than normal EQS, its actually a really positive energy to have around at the beginning of a new year, the best time to think on how we can gain more structure in our lives for the times ahead, in both the material sense and emotionally, especially so for Capricorn type people.

And this IS the New Beginning for all Capricorn type people of the year and for Cancerians its their "relating" new beginning.

This New Moon falls on 12 29 degrees Capricorn which is my ascending degree pretty much, so new beginnings for me too.
And speaking of this sign, while Venus is in Capricorn where she has been since 18th Dec and will stay until 6th March, the social rules especially around hospitality could continue to be changeable til March but will ease up a lot after as soon as she goes direct on the 27th January.
Its perplexing that one country to State of a country will ease restrictions on just about everything and then another one clamps down again. When they get in sync we will have real progress.

We still have a stint of Mars in Capricorn for 6 weeks end of January until 5th March which is fairly “military” but this could go in our favour as well for obvious reasons if Mars rebels more against Gov .

In the meantime Eris, the furthermost planet in our Solar System will station in Aries 23 degrees before going direct on the 11th January and we know Eris is of the nature of Aries and Libra and her ultimate goal is for unity in the world, only Eris will do anything to achieve that even war, so we have this influence coming in where people and Govs will be collectively pushing for this unity and some getting more agressive about it. I always expect a powerful female leader to appear when Eris is activated so strongly but it could equally be a male who has a bit more push and shove and a fighting spirit strong enough to throw a big spanner in the existing works and instil fear into those who pull the strings in this world of puppets and tyrants, doing so much that is deadly harmful “for our own good”.

I will also mention here an article I put on this page in 2020 when a colleague mentioned what is known as the “Nodal bind” that was occurring during the virus epidemic. It’s a relatively rare astrological phenomena known well in Vedic astrology so I researched this and found it really fascinating as this placement of the Nodes is called Kalasarpa Yoga occuring when all the planets except for outer planets (Uranus, Neptune and Pluto) are placed between the Nodes although in this case those planets are between them. It is said the head (Rahu) and tail (Ketu) of the snake tie up the planets – like a nodal bind. It has many variations, but generally speaking it is said to cause afflictions to countries, leaders, people too, separation, segregation and isolation.

This occurred first from February 2020 when lock downs begun as this condition of the nodes kind of ropes things off and alienates people. It happened during 1940 and 46, the worst years of WW2. It ended when WW2 ended.
Its been happening on and off in 2020-21 and has begun again in Dec 2021, will last until April when it leaves and wont return until 2036.

And of course it is always in a combination of other factors such as the Saturn influence in Aquarius square to Uranus and the natural flow of the great cycles that bring growth and change of an unusual type, but the point is with this that we have been separated and alienated and held prisoner and forced to do things that are definitely not normal for a healthy life and our freedom of choice and lifestyle.

It has basically meant for we people of the planet, a segregation and being confined in unusual ways within our countries, states and even homes at times.

The Moons nodes always have had a fated influence on people, our environment, the world, how we come together or separate.

Nodal bind is often seen in times where there is separation, isolation, disconnection, imprisonment, where there is pressure to act in ways that are not at all comfortable.

You can do your own research on this but its very interesting as it is happening now for the last time until April so I would expect during this time that the way is going to open up to get out of this bind and learn a lot along the way.

If you draw a chart for the New Moon you will see the Nodes on the outer levels so the planets are confined within one half of the circle. Mars being nearest to the South Node and Uranus on the other side although Ceres is now counted as a planet and is with the North node so I take this as a positive, as soon midway through January the Nodes will move into Taurus and Scorpio beginning another cycle of eclipses to come at the end of April.

I know this is heavy astrology talk but it means everything is about to change within months and I believe Jupiter being in Pisces will help with this as I have written in the previous article and its worth giving this Nodal bind factor some thought too as being part of the equation, as vedic astrology is very ancient and has much value relating to the Nodes which are not used as much as they could be in our Western system.
Soon we will be coming out of this bind which has to count in the greater scheme of things as the last time this phase happened was when WW2 ended in 1946 which also happens to be the year I was born.

Again although life feels uncertain for so many of us at the start of this year, take heart as I know there is a breakthrough coming that sees us taking another quantum leap into our spiritual evolution and that of our planet.
"We are endless galaxies but we have seen just one star."
My Astrology focused Facebook Page: Neptune's Magic
Reactions: Hailstones Melt, Alain, Lila and 3 others
You must log in or register to reply here.
Share:
Facebook Reddit Pinterest Tumblr WhatsApp Email Link