The Warrior in the Modern Age (1 Viewer)

Guest writer for Wake Up World

Just as they did in civilizations throughout history, our current regimes are doing everything in their power to rid our culture of the positive masculine principles embodied by the warrior… 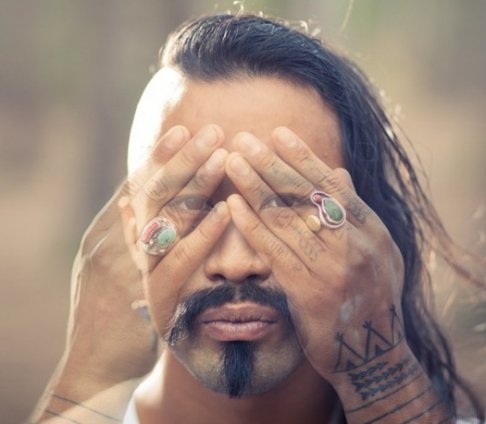 The phrase ‘the way of the warrior’ has its origins in ancient history, and even pre-history and mythology. But what relevance does this school of thought have in modern society?

The relevance turns out to be of vital importance to everyone, since without warriors, tyranny and slavery is the result. Tyrannies throughout history have a repeated pattern of doing everything they can to eliminate warriors from their populations. The reasons are obvious;

Warriors are the ones that always stir up trouble for tyrants. They are the ones that will speak out against oppression, that will stand up to cruelty, and that will fight and die for freedom. Warriors are the grassroots leaders around whom disgruntled citizens will gather and unite to provide a unified front against injustice. Warriors are self-reliant and not easily swayed by mob thinking or peer pressure, and less likely to be influenced by lies and propaganda. Warriors are also trained to perceive threats and dangers and are, thus, often the first to discover a tyrant’s sinister schemes.

All these qualities make warriors anathema to psychopathic power structures. Without the local leadership, courage, and critical thinking warriors provide for their communities, the rest of the population is rudderless and thus easily manipulated and controlled by the state.

As in every civilization in the past, our current regimes are doing everything in their power to rid our culture of the positive masculine principles embodied in the way of the warrior.

Instead of a warrior’s self-reliance, we are told to depend on the state.

Instead of a warriors’ courage we are told to be in constant fear by the state.

Instead of a warrior defending himself and family, we are told to wait for the state to send men, always too late, to defend us.

Instead of a warriors’ ability to reason and think critically, the state has dumbed down the educational system to the point where few ever learn to think at all and most people think only what the state wants them to think.

However, all this is still not enough to quell the fears of the psychopaths in power — they need to eradicate the very wellspring of the warrior way, and that is masculinity itself. Through a multi prong attack of public education, media manipulation, political correctness, feminism, and social Marxism, the state has made simply being born a male, something to be fearful and suspicious of.

Not only has government education succeed in robbing children of their intelligence and creativity, it is also robbing them of any courage. It does not bode well that the state has already gone so far to undermine the foundations of the warrior spirit, as anyone who has studied history can attest. Thus, following the way of the warrior in the modern age is of utmost importance since it is the last bulwark against total slavery.

Read More
Yesterday I was clever, so I wanted to change the world.
Today I am wise, so I am changing myself.
~Rumi
Reactions: Out of Time, Stargazer and Carl

Lol, here on Earth we have different kinds of warriors. He makes a few interesting points but I also see an enormous ego, which I would characterize as a drawback, as something repelling. It is a reminder that warriors are not always fun to be around.

I agree that warriors are important but he makes it sounds as if they are everything that society needs, which is an overstatement.

I am not even sure I should comment the polarity of the feminine vs masculine mentioned there. It is so wrong. Both should act in tandem. I also think that there are feminine warrior aspects that are truly remarkable (like a mother going berserk in order to save her child).

Anyway, I respect this man for all the work he has done to raise the consciousness of people, to encourage them to stand their ground, which is exactly the role of a warrior to shine at its brightest.
https://www.facebook.com/pleiadiantwinflames
Reactions: Sinera, Stargazer and Vickie
You must log in or register to reply here.
Share:
Facebook Reddit Pinterest Tumblr WhatsApp Email Link