The vaxxed vs the unvaxxed (1 Viewer)

Came across this today, obviously the psychological warfare that we are all undergoing in the western world is having the desired effect.

Why I'm disinviting my unvaccinated friends from my dinner parties

If you won’t have the vaccine, you’re no friend of mine

I've seen other items where people who have been vaxxed are dropping any friends who haven't been. 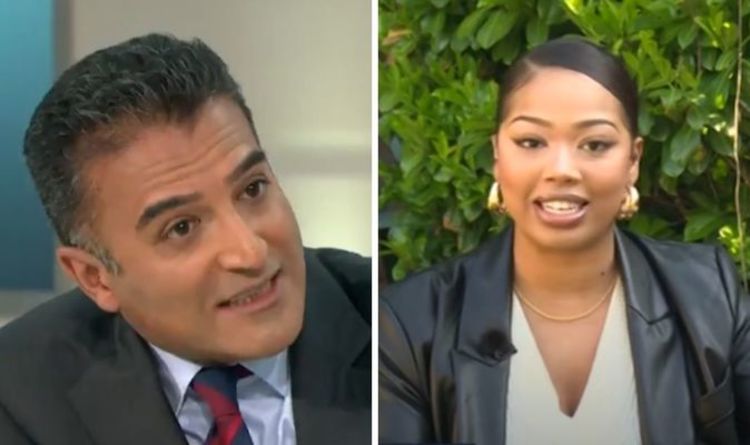 'Nothing I said is psychotic!' Adil Ray loses it at GMB guest 'What's wrong with caring?'

ADIL RAY lost it with guest Dominique Samuels during Tuesday's Good Morning Britain as they discussed whether they would still be friends with someone who chose to not have the COVID-19 vaccine.

This UK website appears to be loaded with info, I'm not sure where to start, so I'll just post the homepage :-

Toller said:
Came across this today, obviously the psychological warfare that we are all undergoing in the western world is having the desired effect.
Click to expand...

Wow - glad I don't have friends like that. When the real story finally trickles down, cognitive dissonance will be the star actor.
Everybody all around the world - Gotta tell you what I just heard
There's gonna be a party all over the world
I got a message on the radio - But where it came from, I don't really know
And I heard these voices calling all over the world
Electric Light Orchestra
Reactions: Toller

Why I'm disinviting my unvaccinated friends from my dinner parties

If you won’t have the vaccine, you’re no friend of mine

Just one word comes to my mind:

Ask this lady if she also likes the activist slogan 'Don't Buy From Antivaxxers'. She might enthusiastically agree (possibly lacking some history lessons ...).

Fanatic Provaxxers don't seem to realise what is happening to them. Also thanks to the media propaganda and brainwash which is all about 'divide and rule'.

Despicable mindset and attitude.
Not formed into anything as regards characteristics or colour, naturally void, is the very Reality, the All-Good.
- The Tibetan Book Of The Dead
The Void (Article, Out-Of-Body-Boards)
Reactions: Toller
OP

Article about psychological warfare in the UK

Psychological Attack on the UK
by
Dr Bruce Scott
Sunday, 3rd January 2021
We are in unprecedented times. Not because of the deadliest virus known to mankind, but because we have never been attacked with such ferocious psychological methods as is deliberately being done today by our UK and Scottish governments; measures to coerce us, manipulate us, to scare us, to shame us, and to make us shame other people for not following orders pertaining to COVID–19 measures.
We have been warned previously by many who suffered totalitarian communism in Eastern Europe. We were warned for many decades that such a moment would come to the West if we were not vigilant enough; unfortunately, it seems that our watchfulness has failed and our liberty has been stolen.
We have a lot to learn from history and from the great Russian writer and critic of Soviet communism, Alexander Solzhenitsyn, especially in our present era of the COVID–19 Brave New Normal. In his address to Harvard University in 1978, Solzhenitsyn said:

Many of you have already found out, and others will find out in the course of their lives, that truth eludes us if we do not concentrate our attention totally on its pursuit. But even while it eludes us, the illusion of knowing it still lingers and leads to many misunderstandings. Also, truth seldom is pleasant; it is almost invariably bitter. There is some bitterness in my speech too, but I want to stress that it comes not from an adversary, but from a friend.
Click to expand...

Likewise, when it comes to our era of the COVID–19 Brave New Normal, there are many bitter truths we have to face now.
Applied behavioural psychology
One bitter truth is that we are being manipulated, coerced, frightened and shamed by the state; the very same state that is supposed to have our best interests at heart. The UK and Scottish Governments are using applied behavioural psychology, breaking the ethical guidelines for psychologists, to deliberately ramp up fear in the population. A group of psychologists called SPI-B, part of SAGE, have been tasked with advising the UK and Scottish Governments how to get people to adhere to COVID–19 restrictions. Their document which is freely available on the UK Government website, and which was reported on the UK Column News of 11th May 2020, states the following:

A substantial number of people still do not feel sufficiently personally threatened.
Click to expand...

The perceived level of personal threat needs to be increased among those who are complacent, using hard-hitting emotional messaging.
Click to expand...

The psychologists of SPI-B and the UK Government knew fear alone would not be enough. Therefore, SPI-B suggested to government the use and promotion of social approval for desired behaviours, to consider enacting legislation to compel required behaviours, and to consider the use of social disapproval for failure to comply. They have used the mainstream media and social media, along with false "fact-checking" and censorship, to get their message across, and it has been working.
Click to expand... 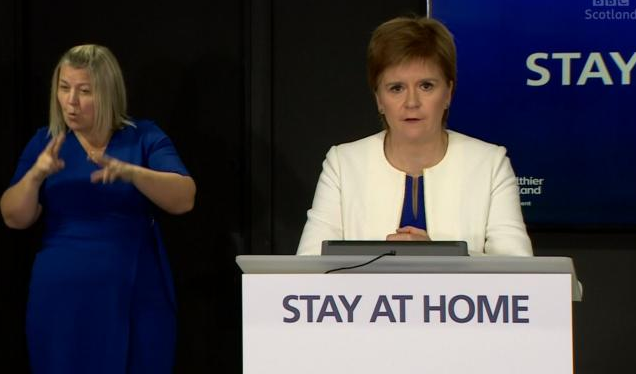 Psychological Attack on the UK

We are in unprecedented times. Not because of the deadliest virus known to mankind, but because we have never been attacked with such ferocious psychological methods.

And that is just the UK government setting up its own people. It's bad enough also with attacks from the EU and the USA, presumably because the secret world government doesn't like Brexit and has ordered the rest of the world to stick it to the UK.
You must log in or register to reply here.
Share:
Facebook Reddit Pinterest Tumblr WhatsApp Email Link