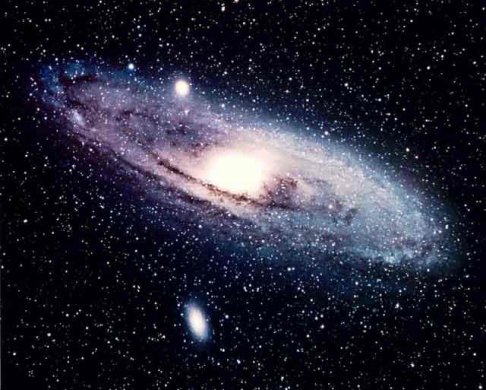 ​
Are you settling into the Jupiter in Capricorn energies just yet? I felt it on the actual day myself as it brought me more energy than usual and my health seemed to improve with regard to allergies, some of which were coming from strong winds on my side of the world and a heap of pollen and dust in the air.
Capricorn is also my solar friendship sign so I expect to have more to do with Capricorn type people in the coming year and those with an age difference to myself, or the more stable and responsible type of person who may at times be more conservative or traditional in nature.

The planets have been rather quiet since Jupiter's move, but today there is more action involving the GA.

Out in the general direction of Centaurus, is a massive galactic anomaly known as the Great Attractor (G.A). What it actually is nobody knows but there is no doubt about its dynamism and huge influence. It is not a black hole, lacking the typical event horizon where a black hole engulfs matter never to be seen again in this universe. The G.A. has a huge red shift which shows it is retreating from us at enormous velocity. At the same time it exudes an extreme ultraviolet energy coming from the other end of the light spectrum, giving it an appearance of approaching rather than retreating.

Today the sun is conjunct the degree of this phenomena, so be warned that when the G.A. is in force there is a danger of fixating on a particular belief system, spiritual truth, understanding or philosophy.

Like a huge cosmic billboard the G.A. does not discriminate and broadcasts loud and wide from different parts of the time space continuum.
This can manifest in a belief system , or a person who appears to know what they are talking about and appeals to people’s emotions, sometimes like a cult figure or sometimes someone who has a different kind of wisdom to most.
It is up to us to exercise our freewill in deciding what to believe and follow up on.
No doubt a world leader will have a lot to say around this time that will make people sit up and take notice.

The conjunction will happen at 14 degrees Sagittarius so any of us with planets or the Sun near that degree, or another important point in their life pattern could feel this in the form of being pulled towards a certain person or belief OR they may be the one drawing others to them.

The Sun is also be quincunx Vesta in Taurus which is a warning to keep our own inner light strong and emotional boundaries intact, mental and physical too for that matter if someone is trying to sell us something whatever form it comes in.

Venus in Capricorn is trine Vesta which is about the same energies telling us everything is going to be ok and security zones should remain intact especially if we are Taurean, Libran or , Capricorn.

It seems the Leos and the Sagittarian types are more likely to be pulled into the void this time. (Sometimes it pays to have courage and just jump!)

Perhaps the fire signs are missing Jupiter in Sag already and mourning the same as they come down to earth again.