Article The Square of Saturn and Uranus. Clash of the Titans (1 Viewer) 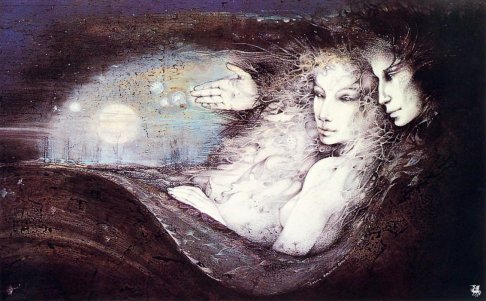 ​
There hasn’t been a lot of good news lately but yesterdays conjunct from Mercury to Jupiter suggests there should have been, especially in areas of peoples rights and it certainly was good news for a certain ex president as the world knows.

I'm sure it wasn’t for those who are his enemies however but his planet is Mercury and the ruler of his Moon sign, a sign that carries his prenatal total lunar eclipse is Jupiter, so the last days have obviously been positive for him and those who believe in him.

The Rx of course was about what has been happening in the past being reviewed, reassessed to bring out justice and the truth.
All this despite the underhanded aspect of the trouble making and spiteful/ vindictive Juno conjunct the South node at 17 degrees Gemini which was exactly on the position of Trumps Uranus (joke if you will), which was in turn trine his Jupiter in Libra in his self image zone. I’m sure he was relieved!

This marked a point of destiny for him as a matter of interest and anyone else with planets or points near that degree.

The actual conjunction of Mercury/ Jupiter in Aquarius was opposite to his Pluto ruler of his IC.

This conjunction will happen again once Mercury is direct (20th Feb) on the 4th/5th March only this aspect will be more progressive for us all, especially Geminis, Virgos and Aquarians, and I would imagine the US Ex president too.

In between all of this, today Lilith is having some fun being conjunct to Mars at 21 Taurus speaking of feminine wiles and the power of the feminine.

This is a clash of male/female energies , transformation too of the strongest type. This is an aspect of courage of the feminine, much more so than male even though Mars is involved. This is a force that will not hold back and is very relevant for the freedom groups rising up around the world powered mainly by females and males who also are fighting against the old patriarchal systems, that just wont let go.

Lilith is very good at that so this is a powerful aspect and if you have planets around that degree, sign or not, you will feel a push and shove today if you have been holding back on your own power.

Aries of course will feel this and Taureans.

I have certainly felt it in the last two days and I have no planets or points in that degree but there are some close aspects to my Midheaven and IC. It certainly got me right in my home zone and fired me me up with a very loud and invasive alert for another lock down in NZ at a time when people usually like to relax, 8 30 to 9 pm, .

Today is the Crescent Moon which is the next step from the new beginning New Moon which is a time to collect information, make new contacts and learn more about our plan or project. Keywords are Activation; Striving; Future.

The aspects of the last days and today are preceding the Suns move into Pisces in 2 days AND the major first square of Saturn in Aquarius to Uranus in Taurus bringing to a head and highlighting the move of Saturn into Aquarius, which is helping Saturn and us too, to learn new ways from Uranus the new ruler of this sign, aided by Jupiter who never did like rules or being stood over by authorities.

The Moon will be Apogee on that day (2 days time) which is powerful as its furthest from the earth.

The Moons gravitational force is still very strong at Apogee. similar to Perigee, and tends to focus on specific pockets of the world and people depending on which country she is over and opposite at that time. (Laser beam effect).

The day will be a time to begin exploring other dimensional perspectives to help us make the best of these new Aquarian energies coming in that we should not doubt for a second as although this has happened before it has not included the two planets Jupiter and Saturn entering Aquarius together at such an auspicious time, or not that I know of. Such as just after a total solar eclipse in Sagittarius which is the sign at the centre of our Galaxy where all powerful downloads of information and reprogramming occur at various times of our evolution.

And also near at least two major world celebrations that have been around to bring renewed hope and reminders of new birth for centuries of Earth time.

There is no doubt that Saturn and Uranus in square are going to bring huge clashes and revolutions against the tremendous controlling forces on our planet at present, most of which is hidden to the uninformed or those whose eyes are masked by pseudo truths and promises designed to gain trust for something that is extremely dangerous and has so far proven to be so.

Whichever country you are in, look at what is happening of major importance at this time and observe once more as the powers of dark and light are in conflict, and there is an uprising beginning like never before so that laws are questioned, and people are willing and ready to stand up and fight for what they believe in – no matter what it takes.

The Piscean energy coming in will add dimensions upon dimensions to help this battle and aid all of us to use our intuition and higher mind to help us in these times.
Last edited: Feb 17, 2021
"We are endless galaxies but we have seen just one star."
My Astrology focused Facebook Page: Neptune's Magic
Reactions: Lila and Carl