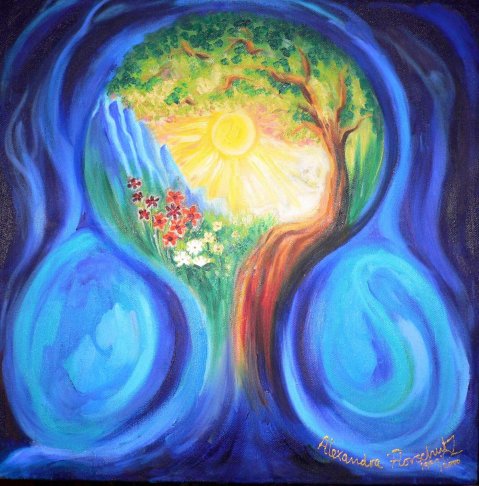 ​
The moon is currently at Perigee.

Jupiter conjuncts Ceres and the Sun is quincunx to Chiron.

Jupiter is telling us to stay positive and optimistic and be active in giving our love and care to others, and to carry on loving no matter what is thrown in our path.

The Sun/Chiron aspect has hints that this new moon rebirth period we are entering into may bring some challenges to face but that we are capable of handling anything as long as we trust in our own inner knowing and strength.

There is an approaching positive aspect of Sun quintile Saturn in Capricorn, just before the new moon which prepares us for the strong aspects to come.This one will keep our security zones intact and our faith in our own power to stay stable and strong.
I mention this due to two very strong aspects on the day of the New Moon involving Sun and Uranus in opposition and Mars/Saturn in square.

The new moon is drawing in the energies of today's and tomorrow's aspects already which in this case is helpful..

This new moon promises the unexpected for many and a few shocks globally too as this aspect is a bit like the Tower card in tarot when people get shocked out of their security zones.

The other new moon aspect is Mars square to Saturn which is likely to bring some passive /aggressive energies, or plain old headbutting, even feeling like we are between a rock and a hard place.
And oh joy, this one is happening on my ascending degree where Saturn has been for two long now so I am feeling it today like a big block in my path that I cant get around, as everything that could go wrong has today.

Normally just before and at a new moon, energy levels taper off a little, but the mind is very alert and more logical in thinking than usual.
The moon although diminished in light is still closer to the earth than usual during perigee, so has more power over we earthlings and also on the planet itself causing more extreme events, which is normal at a new moon anyway but perigee makes it more so including weather, EQS and volcanos.

People and the planet are both affected strongly by the moon as it is the closest heavenly body to the earth.

The aspects of the planets which also affect us with their rays are always triggered strongly by lunations at a given time.

Jupiter is urging us to embrace all possibilities when showing our love and care to others and to remain philosophical in the face of any issues of an extreme nature that could crop up to challenge the same.

So with this attitude we can face the aspects and new beginnings coming with courage, and be willing to take risks if needed.

Sagittarians of course will enjoy the challenge of it all.

Scorpios, Leos and Aries will do the same but will perhaps be more willing to dive a bit deeper into this strong rebirth period we are entering, call on their inner knowing to get the best from the experiences in the coming days.

The Sun and Chiron are telling us we are in charge of our lives- the masters of our own destiny. The best lesson of all.

Tomorrow's quintile of Sun and Saturn brings the “knowing” that we are our own authority and should not allow self to be intimidated by anyone of anything that challenges us.

Capricorns take note of this one.

On the new moon the Sun and Uranus will influence those born near the 27th.28th or 29th Oct or 22nd,24th or 25th April the most.
This is the sort of aspect that can make us sit up and take notice but this does not mean it has to be a bad thing. Its just an energy that, if we have been putting off making a decision especially in areas of our security zones, then things could be taken out of our hands which always is a shakeup.

This is also global as it involves the sun so we can expect some major announcements concerning politics or world leaders, or others that are well known, that take us totally by surprise.

The square of Mars in Libra to Saturn in Capricorn happens 15 degrees of both signs.

We could feel blindsided by someone or something we totally had not taken into account and yet somehow as the new moon carries such a strong awakening, we will end up better off than we were before..

No doubt a lot will be revealed as that is what the Scorpio new moon is all about, bringing up from the depths what has been hidden so we are aware of it and can work with the energies to begin again, as the Sun and Moon together are powerful and are the bodies that rule our lifeforce, also taking care of this entire planet and all that is on it.
So they together take precedence over the other aspects. .

Nevertheless I do believe this will be an extra powerful New Moon for many, especially Scorpios and Taureans.

For Taureans it’s a new beginning in relationships and relating, and for Scorpios, its all about self.

"We are endless galaxies but we have seen just one star."
My Astrology focused Facebook Page: Neptune's Magic
Reactions: Onmyway, mcassidyspencer, Tristan and 2 others

Wow that is powerful. Thank you very much!
Laughter is the sound of my soul.
Reactions: Onmyway, Lila and Janne

Ah, the lovely scorpio.
Gut punch when you least expect it and a beauty beyond compare to go with it...
Reactions: Janne

My dad, being a Taurean and 96 years old, is about to make the step of giving up his independence, to live with family, because his body needs that now. His mind does not see it that way, however! It must be hard for a strong, crystallised mind to be fobbed off into a dependent situation because of losing hearing, eyesight, or other senses.
Vibrate in accord with the universal notes​
​
Question: How do you choose the higher vibrational energies in any given situation? "You choose by taking the high road, instead of engaging in the same argument that you’ve had several times with the same person. You choose by spending more time in nature and putting away your electronic devices. You choose by being true to yourself and the impulse that you have coming to you from within, rather than just doing what everyone expects you to do, or what your parents did." Quote from the Arcturian Council, posted December 5, 2019​
Reactions: Alain, Janne and Lila

Hailstones Melt said:
My dad, being a Taurean and 96 years old, is about to make the step of giving up his independence, to live with family, because his body needs that now.
Click to expand...

I'm a Taurus and my greatest fear would be to have someone else take care of me. I don't know if it comes from my practical Taurus side or somewhere else. But it's probably amplified by my Taurus side.
Reactions: Hailstones Melt and Lila

Here's hoping these transitions go smoothly for all of us reading this, as well as our families. I've seen things go all sorts of ways recently. Accepting the changes with as much grace and laughter as one is able to muster definitely makes things go much more smoothly. That isn't feasible for everyone, in which case having loving family around makes all the difference in the world since nobody else is likely to be able to take a deep breath, stand for what they need to stand for, say what needs to be said and then try again with love.

Note that I said 'nobody else is likely'. Sometimes a dear, beautiful soul is found who can do this sort of thing, or even a group of them. When this happens, I am in heaven and figure this is someone I want to support with both hands!
Reactions: Alain
OP

Hailstones Melt said:
My dad, being a Taurean and 96 years old, is about to make the step of giving up his independence, to live with family, because his body needs that now. His mind does not see it that way, however! It must be hard for a strong, crystallised mind to be fobbed off into a dependent situation because of losing hearing, eyesight, or other senses.
Click to expand...

My 94 year old sister who was very strong has just died this year and I think she chose to die as she also would have had to go into a home . i still think she would have lived longer but in her mind she took control. It took her two weeks to die and she was very determined to which happened when she took herself to hospital and then they sent her to a hospice style home.

My mother who was Scorpio was fit and healthy in her late 80's and family wanted her to go live with one of them and she didnt want to so she just died overnight.
My 2nd oldest sister is now 90 and is lucky to have her 94 year old husband still going strong to care for her and they are still at home with home help.

I feel for your dad as I think they need to be in their own space as long as possible and thank the Gods and Goddesses that your family will take care of him as that is where he should be...

For myself though I think I will take the path of my mother and oldest sister as I will rebel strongly if I have to depend on family... I am 20 years younger than my oldest sister.
Sending love and strength to you all .
Reactions: Alain, Lila and Hailstones Melt

I just received 4 cartons of his art treasures (books) including art plates, and architecture books. It also included a Ruskin, the book is dated 1886, plus 2 books which were university prizes from 1922. Yeah, I think he's getting ready for something.
Reactions: Lila and Janne

Quite old famillys. Such an age must be first achieved with grace which is not at all easy in this world
Reactions: Hailstones Melt, Lila and Janne
You must log in or register to reply here.
Share:
Facebook Reddit Pinterest Tumblr WhatsApp Email Link