The Man Who Walks With The Healer (1 Viewer)

When a man chooses a woman who follows her calling, his only chance to maintain the connection is in following her… and above all in creating space for her to follow her own path. It may happen that he needs to abandon his own neediness, or that he finds a means of healing through their common path — but not in the gentlest manner.​
​
When a man chooses a woman who heals the collective wounds of the women by following her calling, his Yes for her equals a Yes to a bigger purpose far beyond building a house or raising children. Their connection goes beyond fulfilling the classical gender role models. For this man accepts the job of having the back of this woman, of catching her when she cannot transform the pain of the world anymore. It means for him to welcome a different form of sexuality, since healing on the level of sexuality is one of the most profound issues of the woman who needs to become a healer. For him this, again, is about welcoming slowness, softness and healing — about holding back or redirecting his own drive… about being present for the whole.​
​
Because when a man chooses a woman who aims for freedom, they can only achieve this together… and by him leaving his narcissistic aspects behind and recognizing the path of the woman as his own path towards freedom.​
​
When a man chooses a woman who is bigger, he cannot dwell in the places of energies of oppression or of playing small. He — if he chooses to take on this mission with her — accepts a task serving the well-being of all men, even though it happens in the background. Within this background he creates space of security, of keeping her safe from an ambush bred by his own old wounds, driving her into submission.​
​
When a man chooses a woman out of his fascination with her radiance and wisdom, it must be obvious to him that he cannot be stuck within his own deficits in a way that makes him want to diminish her radiance… purely out of fear of having to share her with others.​
​
When a man chooses a woman who follows her calling, he cannot fear these words: respect, humility and surrender. He will rather walk the path of divinity — alongside his woman, the healer — with gratitude and an overflowing heart.​
​
For such a woman will choose — if she ever needs to choose — in favour of the well-being of all women …and she will choose walking her path alone instead of leaving it for him. Nevertheless, she is aware of the power that lies in the presence of a man who is beating the drums… for her.​
​
~ Moksha Devi Sunshine​
​ 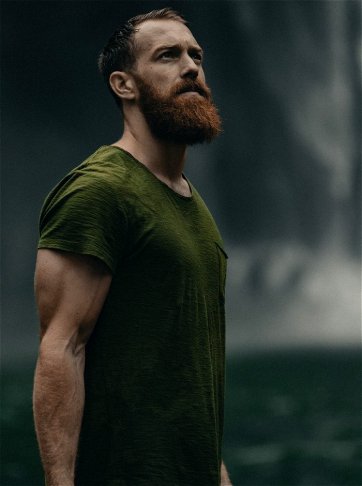 I don't have much more to say, other than that I am really, really glad Moksha Devi Sunshine had what it took to write something like this.
And that this is a person who I'd love to meet one day to have a conversation or three.

Is that Moksha's photo under the words?
OP

Lila said:
Is that Moksha's photo under the words?
Click to expand...

No, just public domain photo I found to go along with the passage. I wasn't able to find the source of the person so don't have any more information on them.
Reactions: Lila

I wonder who Moksha is?
Maybe we should invite Moksha to the RT
Thanks for bringing this beauty into my day, Laron.
Reactions: Laron

For such a man I have budded and grown to deliciousness as a peach on the tree of life.... and I have reached my fullness and seen the winds of life shake the tree, but have held strong to the branch. Such a man would have let me fall, and be held safe from the squish at the end of that fall, by holding me safe, and by being man to my woman.
Vibrate in accord with the universal notes​
​
Question: How do you choose the higher vibrational energies in any given situation? "You choose by taking the high road, instead of engaging in the same argument that you’ve had several times with the same person. You choose by spending more time in nature and putting away your electronic devices. You choose by being true to yourself and the impulse that you have coming to you from within, rather than just doing what everyone expects you to do, or what your parents did." Quote from the Arcturian Council, posted December 5, 2019​
Reactions: Alain, Laron and Lila

She is a woman who wrote this and has an instagram account. She is a “wild woman.”
I am my potential.
Reactions: Lila

Well, that was a douse of cold water!
Reactions: Anaeika and Lila
OP

Next time I will try and do better with the picture I pick. 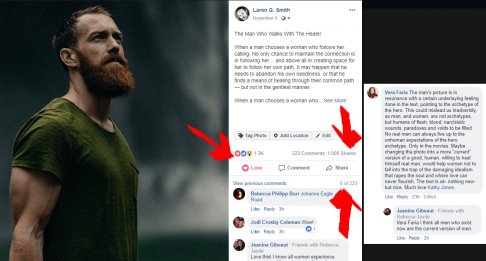 Opinions are subjective & opinions only.

Also to keep in mind the author is a woman.

What is written has me thinking that I hope this man, or rather individual, has not forsaken his own goals & life for that of the opposite sex.
Reactions: Lila and Laron
OP

I personally felt that the writing was very one sided, as the opposite also can apply for men, in their unique ways. So in a way, one could argue that there was a feminist undertone to what was written. But it resonated very highly with many, and is why it's been so frequently shared.
Reactions: Anaeika

Laron said:
I personally felt that the writing was very one sided, as the opposite also can apply for men, in their unique ways. So in a way, one could argue that there was a feminist undertone to what was written. But it resonated very highly with many, and is why it's been so frequently shared.
Click to expand...

Whether one leads or follows there still must be balance, and in that balance, there must be self-actualization. Therefore, it's probably not a great idea to give up everything for someone else and hope they meet all your needs. Happiness comes from within, not from without.
Reactions: Alain, Lila, Laron and 1 other person
You must log in or register to reply here.
Share:
Facebook Reddit Pinterest Tumblr WhatsApp Email Link