Here is a Facebook post from a friend I noticed earlier today. It's information I'm already aware of but it was put together well and worth sharing. It was written in Swedish so I have made a number of edits based on an automatic translation to English. 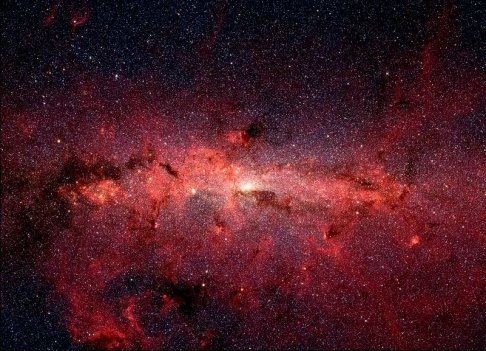 ​
"Three Telescopes have recently discovered that radiation from Sagittarius A, the name of the "Black hole" at the center of our galaxy, began to secrete 10 times more radiation than previous measurements made for 15 years.

At the same time measurements show that gamma radiation from the galactic center, which baffles many scientists, has also increased. Scientists don't really understand how black holes can produce pulsars of gamma radiation. There are theories of "Dark matter" that produce this by collisions with their own anti-particles.

Our Solar System rotates around the alcyon star in Pleiades, which also began to become more active than previous measurements. A rotation around takes about 26,000 years.

In other places in this galaxy, measurements have shown increased activity of gamma radiation and other particles. Some particles are so high that it puzzles many scientists.

Everything seems to have intensified over the last few years and continues to.

Planets in our solar system are undergoing great atmospheric change and their light signatures shines stronger. Great change occurs for nearby stars — our sun also shines stronger now than before.

How does all this affect our consciousness?

People's heartbeat beats at the same time when the person is resting and close to each other, connected to schumann resonance, our biological system is also connected to earth's magnetic field.

From a spiritual perspective, our galactic comprehensive consciousness underwent a major shift at the last autumn equinox in our linear time. We became more integrated into the higher plane of existence to 10: Density Bandwidth.

It was confirmed from several sources within the spiritual community.

We've also had a mass awakening, it's happened in different sequences and we're still in that phase. All this is linked to the great evolutionary circle. The entire galaxy is undergoing major change in its energy condition.

A lot of people are starting to feel this now.

Our consciousness is operating within the quantum field, such great energy acceleration also affects each of us.

I hope you understand how far reaching this evolutionary shift is occurring, as we progress though it."