Article The Goddesses are out in force today & tomorrow (1 Viewer) 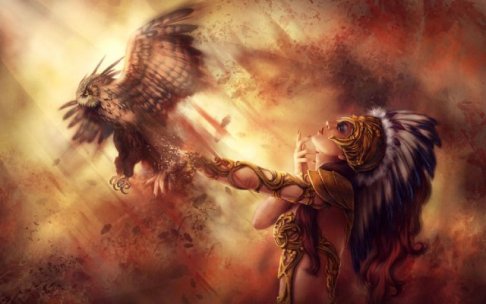 ​
Black Moon Lillith and Eris are conjunct today, a powerful and also slightly scary aspect that brings up a lot from the depths of our being, from that elusive "shadow" part of self that most of us are unaware of.

This shadow makes itself known with feelings of unease or negativity, thoughts that are haunting and disturbing in it's negative aspect, as we all have that aspect of self that could carry old blame or anger or jealousies, revenge or fear and other feelings we like to keep hidden away inside.

The shadow also carries power both positive and negative and knowledge of that powerful self that is beyond our conscious comprehension. It is our greatest potential on all levels.

We have all experienced parts of this aspect of self at some time when we have sudden outbursts of rage or act in ways that take others and us too by surprise. Emotions can rise up from the depths that we have little idea we had.

And other times we have astounded ourselves with amazing talents or skills we didnt know we had.

Black Moon Lilith is not a planet, but rather a mathematical point between the Earth and the Moon. Black Moon Lilith represents the rising of feminine consciousness expression into a state of fullness.

Lilith is the geometric point in the sky that marks the furthest point of the moon’s orbit around the earth. She is said to indicate sexual power, healing, instinctual urges, equality, and transcendence. She represents the forgotten qualities of the feminine that have been shunned by the patriarchy.

Eris is similar as she also is seeking equality and freedom from oppression and , doing all she can to attain this – even going to war if necessary.
The two Goddesses together are powerful indeed and will force situations to come to a head, also force anything that’s been brewing deep down to rise up and be faced, dealt with.

So this can create some unusual scenarios – some out of the blue and some that may be hard to understand especially when it causes a sudden change of mood or darker thoughts than usual, depression too for some as hidden anger can emerge to the conscious as that sort of feeling.

It's good to talk these feelings over with a friend when possible as often you will find others feel as you do when these two powerful feminine energies are triggered in the heavens as these forces want to vie with anything that comes from past patriarchal concepts where there is a forcing of outdated rules and laws that go against our basic rights and freedoms whatever form it comes in.

This is happening around 24 Aries so people will planets and points there or in the opposite sign of Libra or even Cancer or Capricorn will feel this.

And globally it can cause a big uprising where people will suddenly stand up and fight for what they believe is right with a sudden passion, especially strong females, but this aspect goes very deeply into the collective psyche combining male and female aspects of self that have felt oppressed and judged when they really care about people and the planet.

Eris wants unity at all costs and will go all out to get it, using whatever it takes for the best results to promote change.

Tomorrow Mercury will move into Aries to get our minds into immediate action as most of us have been more in touch with our intuitive/ creative selves lately rather than the putting ideas into action energies. We have had great ideas perhaps but not the power to manifest them into something we can work with. So after tomorrow our mind power increases.

This is especially so for Geminis and Virgos types.
Arians will love it as they will be even more in their element with their already very direct manner of speaking and attitude.

Venus tomorrow will be conjunct Ceres, two more Goddesses of the opposite type to Eris and Lilith, so this aspect taking place at 16-17 degrees Aries will bring out our best when it comes to showing we care for others in ways that are both loving but also motivating , and most of all we can practice self love as Aries does rather like to be number 1, only in this case there is a lot of love there for others also and more than the usual nurturing energies for this sign.

So those with planets around 17 degrees of the cardinal signs will notice feelings of extra security and should get some attention from some very caring people with this effect so strong.

Especially so for Arians and Librans once more. But Cancerians and Capricorns also and of course Taureans come into the equation being Venus ruled.

So basically there is about to be a big switch of energy for the better if you have been feeling a bit intense and lost, confused by the changeful feelings and the unusual energies around just now.
"We are endless galaxies but we have seen just one star."
My Astrology focused Facebook Page: Neptune's Magic

Yes, I had some of these come up with vaguely recalled dreams; very powerful.
Reactions: Janne
OP

Lila said:
Yes, I had some of these come up with vaguely recalled dreams; very powerful.
Click to expand...