Article The Goddess energies are still out in force (1 Viewer)

Today Pallas stations before going direct in Libra, where she is very much at home, as her skills as an advisor and peacemaker, her great sense of justice too, is well known in the world of Gods and Goddesses.

When retrograde she was able to help sort out a few ongoing situations that had not been resolved, especially for Librans but also globally, politically too, in areas she had not covered completely before, so now she will move on and make sure justice is served and that everything is fair.

Pallas works in ways that do not include the need for war or harsh treatment, so all parties agree.

Saturn in Capricorn is opposing Juno in Cancer which could be a little difficult for many of us with those signs strong in us, as there are family matters to consider – especially where there have been issues with parents in the past , and if we have not been able to let go of the “not ok” parent within.

So there may be a chance to sort out matters with those areas that could be little painful and stir up some old stuff.

This is especially so for both the above signs, but also for anyone whom the subject matter applies to.

It's important with these matters not to be drawn into past events too much or do too much blaming, but to work with what we have to do in the now moment to put closure to very old and troublesome family situations, even if we have to walk away.

Going forward is important and not being stuck in old karma.

Mercury in Gemini is quincunx to Saturn, so this adds a bit of weight to the above aspect as we work out ways to fit different people and aspects of our lives into some sort of working order.

Geminis and Virgos, Capricorns too will have their thinking caps on looking for new strategies.

Mercury is also opposing Jupiter so there will be some higher thinking happening too and enough inspiration to help solve issues, adding a lighter note to some topics.

Sagittarian types will have their say, probably exaggerate a few matters so I am not sure how helpful that will be as there may be too much talk and not enough "do". Too many different opinions floating around.
.
Venus in Taurus is sextile to Neptune in Pisces, which is a calming aspect and tells us to be creative and intuitive in our attitudes and interaction with others, draw on our inner knowing and instincts which should guide us through.

Today is the beginning of the Balsamic moon phase meaning it is an unfavorable time for beginning something new, but favorable for closing something, putting it behind us, and for endings in general. A time for personal reflection and tying up loose ends. It’s a time to surrender to what “is”

Tomorrow Venus very helpfully trines Saturn in Capricorn bringing more sense of stability to our lives, especially those of the Taurean, Libran and Capricorn nature.

Mercury will also be in contact with Pluto adding Scorpio people to the mix and also helping with any deep pondering that is needed.

The Sun in Gemini will trine to Pallas so we have the higher powers on our side. This aspect shows that globally there is a lot going on at present in the world and personally too, but there should be a good outcome as the sun “rules” always above other bodies.

Mars however in Cancer, the people/family sign will be square to Pallas so it won’t all happen without strong opposition or argument, as Arian people and Librans will find . This is interesting as in a general sense there could be many discussions between couples as well with this aspect especially if of the above signs.

Venus in Taurus quincunx Jupiter in Sag will by this time be trying to make light of some issues and adding a sense of humor at least, so some of the heavier issues wont be so hard for us.

It seems like Taureans and Librans, Sagittarians too, could, if they find it all a bit much, possibly decide to throw it all to the wind and go have drink or two, but at least there is a sense of fun around and as long as they don’t overindulge too much it should work out ok. 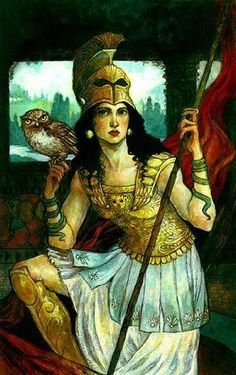 "We are endless galaxies but we have seen just one star."
My Astrology focused Facebook Page: Neptune's Magic
Reactions: Linda and Laron