In February of 1959, a group of skiers perished under strange circumstances in the shadow of Kholat Syakhl in what would come to be known as the Dyatlov Pass Incident. Bizarre behavior, inexplicable injuries, strangely colored skin, missing tongues, radiation, lights in the sky? What really happened on Death Mountain? 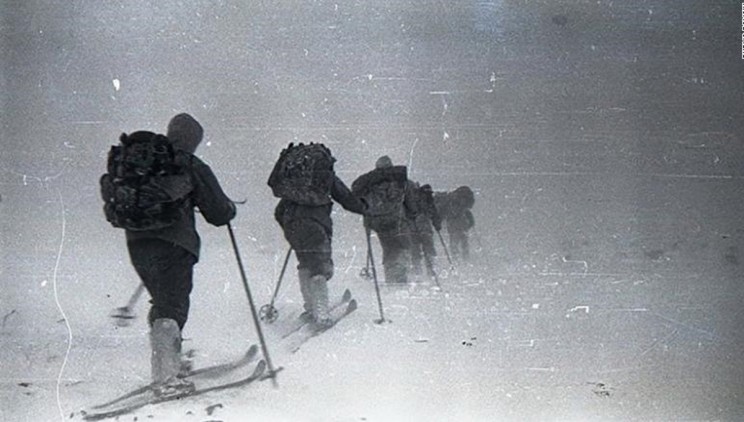 On February 4, 2019, Russian prosecutors announced that they were reopening an the investigation into the Dyatlov Pass Incident. This is one of the most puzzling mysteries of the modern era.

In January 1959, Igor Dyatlov was a twenty-three-year-old radio engineering student at the Ural Polytechnical Institute, now known as the Ural Federal University. Dyatlov was an elite skier and hiker, and he assembled a group of nine fellow students to accompany him on a 16-day expedition that would cover 190 miles across the North Ural mountains of Otorten and Kholat Syakhl.
The eight men and two women all had Grade II-hiker certification with ski tour experience, and after completing the upcoming expedition, they would receive what at the time was the Soviet Union's highest certification possible, Grade III.

In the early morning of January 25, 1959, the group arrived by train at the town of Ivdel, then took a truck to Vizhai, the last inhabited settlement before their trek. There, they purchased loaves of bread to add to their supplies.
On January 27th, they began their trek, and the next day, one of the group, Yuri Yudin, complained of feeling unwell and returned to Vizhai.
The remaining nine continued on. They included Igor Dyatlov, 23, Yuri Doroshenko, 21, Lyudmila Dubinina, 20, Yuri Krivonischenko, 23, Alexander Kolevatov, 24, Zinaida Kolmogorova, 22, Rustem Slobodin, 23, Nikolai Thibeaux-Brignolles, 23, and Semyon Zolotaryov, 38.

On January 31st, the group arrived at a wooded valley, where they cached surplus food and equipment that they intended to use on the trip back. The next day, February 1st, they began to move through the pass that would come to be called the Dyatlov Pass. From what was recovered from expedition members' cameras and diaries, investigators were able to determine that the group hoped to make camp that night on the opposite side of the pass.
During that day, however, snowstorms moved in and the group deviated to the west, ending up at the top of the mountain Kholat Syakhl. In the language of the indigenous people, Kholat Syakhl means "Dead Mountain".
Rather than making their way down the mountain to a forested area, they chose to make camp on the mountain's slope. Temperatures that night were very cold, -25 to -30 degrees C (-13 - -22 degrees F), and the group shared one large tent. 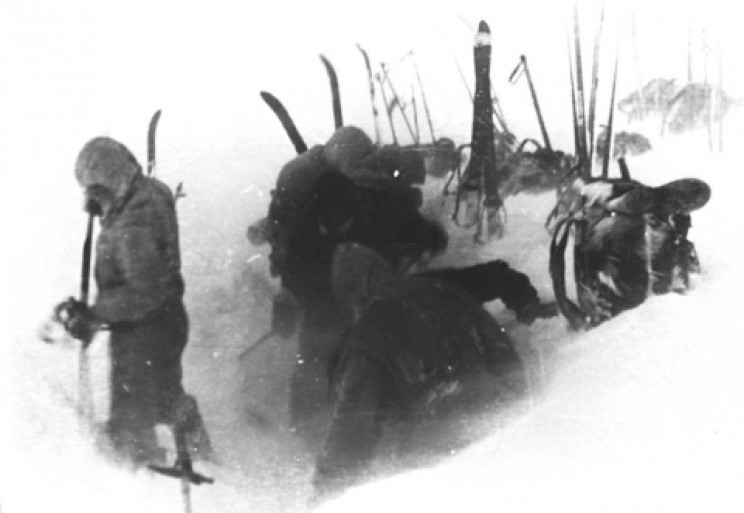 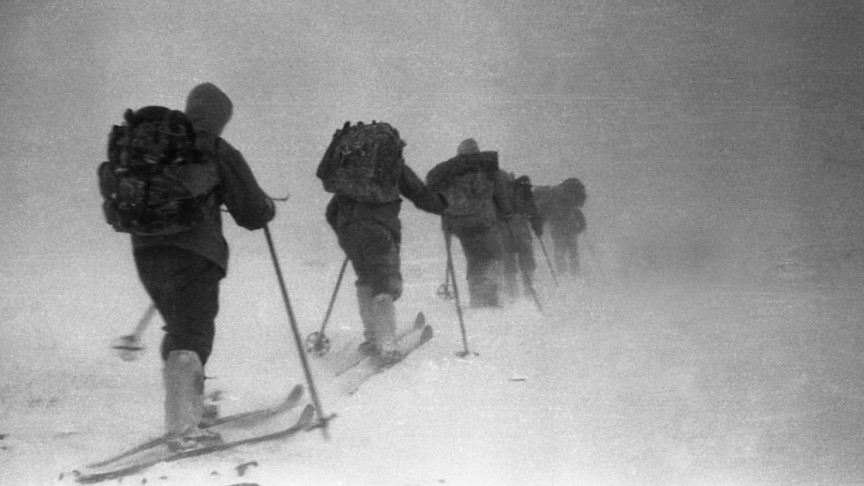 The Dyatlov Pass Incident is More Than Weird

There is still no explanation for the 1959 deaths of nine Russian hikers in the Ural Mountains. Dyatlov pass incident remains a mystery.

Interesting that the case is being reopened after such a long time. Reading through the articles, I saw that lines of investigation were being limited to 3 possibilities - yeah, no driving the narrative there. A couple of items caught my attention - lots of camera equipment and missing roles of film.
Everybody all around the world - Gotta tell you what I just heard
There's gonna be a party all over the world
I got a message on the radio - But where it came from, I don't really know
And I heard these voices calling all over the world
Electric Light Orchestra
Reactions: Lila
OP

It seems to have interested a lot of people. I picked up on it originally from the BBC World Service.
Reactions: Linda

Thinking about the year, 1959, when this incident occurred, it is right in the frame for Soviet space investigation, and the competitive space efforts of the USA. The flippant explanations of hurricane or avalanche don't go anywhere near explaining how some of the victims' clothing was radioactive.
Vibrate in accord with the universal notes​
​
I see it's time to change my signature message. Out with the old and in with the new! ​
Reactions: Alain

Today RT has an announcement/teaser for a documentary to be fully aired in September. 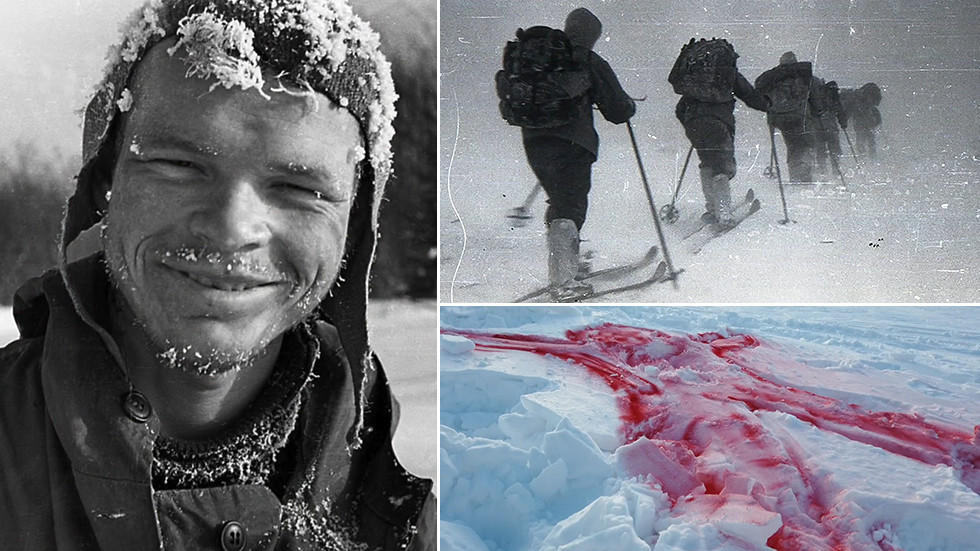 So, what (or who) killed them? Ruptly walks through final steps of doomed Dyatlov Pass hikers (VIDEO)

Exactly 60 years after the mutilated and half-naked bodies of nine hikers were found on the snowy slopes of the Ural Mountains, a Ruptly crew travels to the Dyatlov Pass to try and shed a new light on the coldest of cold cases.

I now also remembered from a video title that FarSight did something with Remote Viewing and searched it on their channel. I have not watched that bit yet though.

It starts at 29:22 and is about 25 minutes long with 3 of their viewers probing the events and people (all blind to the target as usual of course).

(Hey, Laron: so cool that now bookmarking the second in an embedded YT vid works, did not work before here)
Let your Truth be Authority rather than Authority be your Truth. - Sinera Arenis
Do or Do Not. There is no Try . - Master Yoda

Most doctors continue to practice with comfortable indifference. Some see the errors, damage, and limits of their practices but still walk lockstep with the herd and protect the brotherhood. I don’t know what it will take to get these doctors to resist the dictates who rule over them. I’ve had far more success reasoning with parents and intelligent people who are not attached to traditions that are damaging, unscientific, and not even supported by our own medical literature. - Dr. Suzanne Humphries

Sinera said:
I now also remembered from a video title that FarSight did something with Remote Viewing and searched it on their channel. I have not watched that bit yet though.
Click to expand...

I watched it, and it is one of their best. Also, picked up new info about parachute mines that I'd not known about before. It is definitely worth your time. Thanks for the link, Sinera.
Reactions: Hailstones Melt

Hey, hey - I'm watching a program about it right now on the Discovery channel. There is quite a bit of info, and I had to stop and write about it for you all. The program is Expeditions Unknown, which is about a guy who investigates mysteries. I've always enjoyed it. To my surprise I find the title "Dead Mountain" is about this incident.

The Discovery Channel has a streaming service, with some free episodes. Guess what, this is one of them. Not sure how this works in other countries but here is the link. Select the "Dead Mountain" episode.

OK, well it is a two-part program, and the second one is next week. I've got it queued up to record. If by chance the second part is not on the free service, I'll make some notes.
OP

Linda said:
Hey, hey - I'm watching a program about it right now on the Discovery channel. There is quite a bit of info, and I had to stop and write about it for you all. The program is Expeditions Unknown, which is about a guy who investigates mysteries. I've always enjoyed it. To my surprise I find the title "Dead Mountain" is about this incident.

The Discovery Channel has a streaming service, with some free episodes. Guess what, this is one of them. Not sure how this works in other countries but here is the link. Select the "Dead Mountain" episode.

I appear to be geographically challenged so I tried a VPN, but it said that it was unable to create the player in the browser (latest version of Firefox which it says is OK). Eventually found it on Youtube :-

Here in the UK, the Discovery Channel is only up to season 5 of the series.

Toller thanks for locating the episode. It did not occur to me to look on youtube since it is a new release.
OP

Linda said:
Toller thanks for locating the episode. It did not occur to me to look on youtube since it is a new release.
Click to expand...

I did a youtube search and didn't find it, I'm not sure now but it was either a duckduckgo or a bing search that found it, google these days is pretty hopeless (just feeds you what it wants to).

I think it's only available for 30 days. Also need to wait for part two. I downloaded it from youtube and put it on a usb stick in order to watch it on my tv.
Reactions: Linda

The second part of the show airs this Wednesday (9/4) and is titled, "Siberia's Coldest Case".

Ok, watched the second part, and they are leaning toward freak weather event, small avalanche, and something that went terribly wrong among the students. I have a problem with this last idea because younger people in the early 1900s were much different from ones now. They likely worked on family farms or businesses, and most importantly, they lived with their environment and not insulated from it, as we are now.

Kind of ruled out military event ..... except ..... some new info came to light at the end of the trip, which will be covered in another program airing this coming Saturday (US). They were given the proverbial smoking gun - official document showing the government was aware of the situation days before what is noted in the timeline.

I'm well aware that this TV series is produced to win viewers and has to operate within the confines of local authorities. I'm a bit cynical about the Russian government coming clean with info (have same feelings about the US government), so it will be interesting to see what comes of the next bit of information.
Reactions: Toller and Alain
OP

It appears that this incident is still being looked into.

The Dyatlov Pass incident is an intriguing unsolved mystery. Now, researchers from EPFL and ETH Zürich use science to put forth a plausible explanation for the mysterious death of nine hikers.
Click to expand...

Researchers from EPFL and ETH Zürich use science to put forth a plausible explanation for the mysterious death of nine hikers in the Ural Mountains in the former Soviet Union.