A week ago we had another remote viewing exercise with two targets. In this thread I reveal what they were.

Code T831936 was assigned to the first target, which was an item on the table below outside of where I am staying here in Arizona. 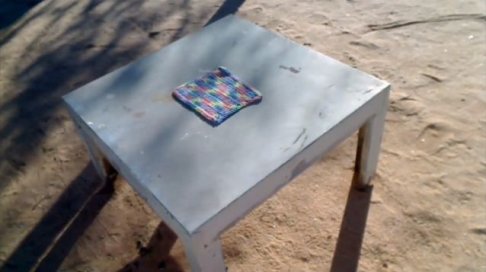 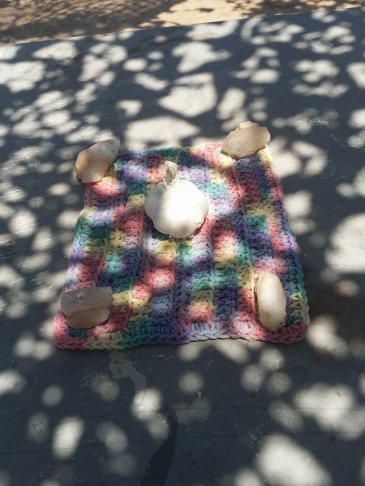 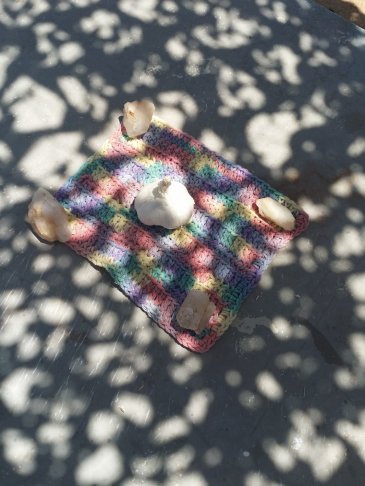 ​
The item was a Bulb of Garlic Cloves.

Now, I wasn't being sneaky this week with those clear quartz points. It got windy and I had to place something on the corners to keep the entire thing from blowing away. They were placed there only a few hours after the garlic bulb was.

I was going to include a photo of the piece of paper I wrote the target and code on, but my internet is down and I'm not at home, and forgot to take a photo before I left.

With the second target, T942147 was a location distant to me, one that could be a landmark, famous spot, ancient structure, etc, and it may not have been on Earth. It also has to have a Wikipedia entry.

So what was that? 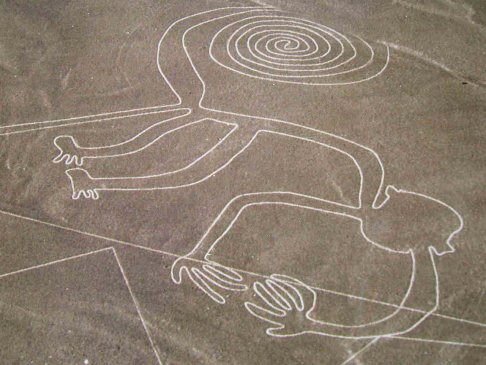 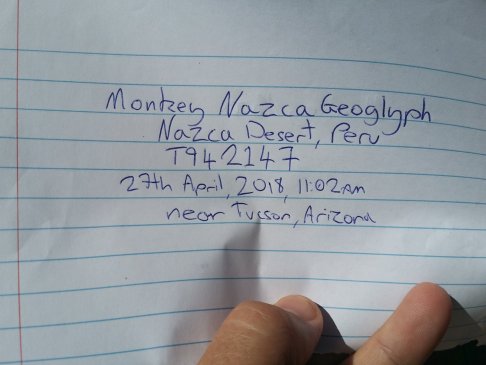 ​
The Nazca Lines are a series of large ancient geoglyphs in the Nazca Desert, in southern Peru. The largest of the geoglyphs are up to 370 m (1,200 ft) long. Back in 1994 they were designated as a UNESCO World Heritage Site. The figures vary in design and complexity. Hundreds are simple lines and geometric shapes; more than 70 are zoomorphic designs of animals, such as birds, fish, llamas, jaguars, and monkeys, or human figures. Other designs include phytomorphic shapes, such as trees and flowers. 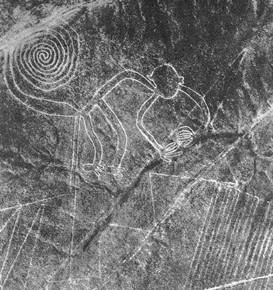 An image from the wikipedia entry: "1953 aerial photograph by Maria Reiche, one of the first archaeologists to study the lines."​
We only had five people participate this week. If you did participate but wanted to not send in your results, do let me know, as we do need a certain amount of people to make this worth while. If you missed them, do check out the results thread.
consciousness.life | laron.nz | facebook.com/laron
Reactions: Glenda Ann and Lila
OP

And yes, I have no idea how the garlic survived a whole week considering all the creatures in the desert that could have come and gobbled it up! I guess it was the smell putting them all off?

Laron said:
Now, I wasn't being sneaky this week with those clear quartz points. It got windy and I had to place something on the corners to keep the entire thing from blowing away.
Click to expand...

That clear crystal / quartz in the right lower corner was 'mine'. Due to its longer and thinner shape it seems almost exactly how I saw it 'flying'.
Also, maybe I saw the flying and tumbling of the clear crystal because thereby it indicated your problem with the wind blowing, thus giving me also the reason for its utilization this time.

Didn't 'smell' the center target though.
Let your Truth be Authority rather than Authority be your Truth. - Sinera Arenis
Do or Do Not. There is no Try . - Master Yoda
Reactions: Laron and Lila
You must log in or register to reply here.
Share:
Facebook Reddit Pinterest Tumblr WhatsApp Email Link