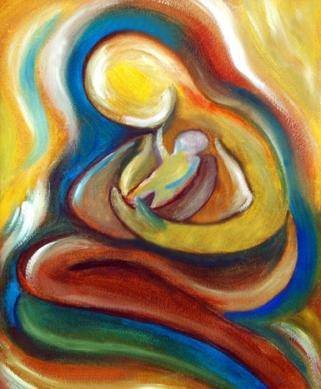 A very important week ahead as one of the most powerful full moons of the year approaches in the sign of Capricorn.

It's powerful as the Sun will be passing through Cancer the sign that is “ruled” by the moon and also because the Moon will be Perigee(closest to the earth) two days before the Full Moon.

This Full Moon will fall on the 24th in USA , Canada and Europe but early hours 25th in NZ and Australia. Its exact at 6 39 AM in NZ and will be at 3 degrees 27 Capricorn so anyone born with the Sun in those degrees or near,( or Cancer) or with strong planets there could find it quite an emotional week and one where there are likely to be legal or financial matters or having to deal with some sort of “authority” which of course could come in many forms as parents are authorities as is our own “inner parent”.
This may be a positive or challenging, depending on your recent transits.

The health axis for this Full Moon is skin, bones, joints, teeth and any chronic and ongoing condition one may have This is general for this sign or those with Capricorn or Cancer on the Asc, Desc, Midheaven or IC , or Moon in Cancer or Capricorn.

For Capricorns this will be a definite turning point for the better as the year progresses.

I am finding this is kicking in early, as they often do , up to a week beforehand in fact.

Moon in Capricorn people or Cancer for that matter could find parenting issues crop up at this time or any of the above. But then any Cap or Cancer contact could do this.

People will want to be more in charge of their own security zones , therefore more controlling than usual or feeling more controlled but it would probably be a combination.

So its important to be aware of this Full Moon as they always bring out existing health symptoms to heal but they also bring a lot to a head in a good way and most can be a time of celebration but often there is a lot of karma around this Moon as the ruler Saturn is about that.

And speaking or authorities. I with my Capricorn Asc have a car check up due tomorrow which is a legal requirement every 6 months in NZ and also a rental property check on Wednesday, all about “authorities”.
I was also threatened to be bumped off the electoral role for not changing my address but I have not been able to get onto the site to do that, nor had I been given forms to fill in but that is being sorted. I guess that is a good thing

I have already have a glitch with one of my bank cards , banks also being a Capricorn matter.
Nothing majorly difficult so far . I am on the alert though as there are still 5 days to go.

Other big news is Jupiter will station tomorrow in Pisces before going backwards until 17th Oct during which time at the end of July he will reenter Aquarius until the end of Dec so there will be a distinct change of energy then.

In the meantime Pisces and Sagis can expect a bit of a turning point – in fact we all can as a station point , if it there has been an ongoing aspect during the year, this is when things can happen depending on the meaning of that aspect as it could be about Pisces energy or Aquarian.

It’s a time of review, reassessing a situation and making decisions on the same before you move on down a new path or a revised former path.

Jupiter is our motivator, our striving for a goal and new horizons. and having been in Pisces from mid May has brought a different type of person or situation to enjoy.

For the world its brought more compassion and healing and has made a promise that by 2022 we should have ironed out a lot of glitches in this new order that is being developed around the globe.
Aquarius brings the teamwork and technology. Jupiter there is about world travel or public transport , aviation definitely.

Now in Pisces he is bringing some advancement for Pisceans but also for a more natural form of medicine to help the people, and I was happy to see several medical sources speaking of Vitamin D and C being a necessary supplement for all of us when there is a very contagious virus around. D is sunlight which when its winter we don’t get much of and which OLD PEOPLE in homes or confined to their own homes don't get much of, EVER, hence their susceptibility to suffering more with lung issues when they contact a virus.

During Jupiter in Pisces since mid May we have heard a lot of helpful tips such as the above, which makes more sense than dangerous rna injections which aggravate existing health issues and don't stop the spread of it.

Mercury will soon be direct again just before the Full Moon to open up the lines of communication once more .

Tomorrow the Sun will enter Cancer to shine light on all people of this sign in the coming month. Once we are passed the strong Full Moon, people of this sign will thrive and find life much more exciting and interesting. Since Saturn left their opposite sign last year they are going ahead in leaps and bounds anyway.

The Winter solstice happens tomorrow in the Southern hemisphere which is a huge turning point in itself. Summer solstice for the North.
"We are endless galaxies but we have seen just one star."
My Astrology focused Facebook Page: Neptune's Magic
Reactions: Lila

20 to 21 and 21 to 22 the nights was a time of not so much sleep, the most intense it was the 2nd night as a result how other strongly tired and be lucky there is quality coffee in my handrange
Reactions: Hailstones Melt, Janne and Lila

Always such a powerful time for me, a Cappy with Cancer ascendant. So I have a summer cold with everything in my head streaming. Emptying out I think! Preparing for something too ! Great reading as ever. Thank you Janne!
Laughter is the sound of my soul.
Reactions: Alain, Lila and Janne
OP

Pod said:
Always such a powerful time for me, a Cappy with Cancer ascendant. So I have a summer cold with everything in my head streaming. Emptying out I think! Preparing for something too ! Great reading as ever. Thank you Janne!
Click to expand...

Happy Full Moon Pod! A real turning point for you today. Dont forget to take Vitamin C every day . At present you need about 1000 mg or more a day but every day 500 mg will help ward off viruses , colds etc and keep you young . (and take D in winter when there is no sun).

Thanks Janne, already doing that !
OP

Pod said:
Thanks Janne, already doing that !
Click to expand...