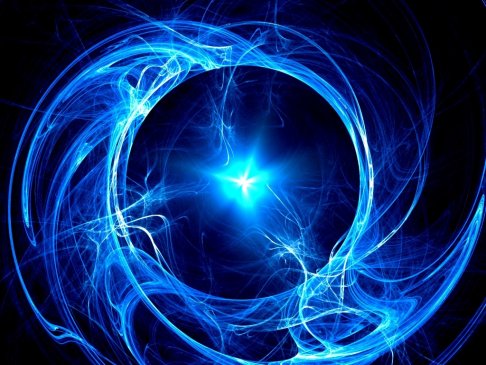 ​
The Sun moves into Aquarius today to shine light on all the independent, freedom loving and at times quite radical (but usually very fair) Aquarian people for the month ahead.

Aquarians love the very new and the very old too, they like group causes and are always interested in helping to make the world a better place.

The Sun joins Mercury, Jupiter and Saturn in this sign, making the month ahead really powerful for all that the alignment brought just before Christmas.
The Sun activates all that this meant and brings it all home for all of us. so we will find the 4 weeks ahead very interesting indeed starting today.

This is like the Sun shining light onto a very new future which is still in fact forming, and long term will mean more freedom of speech and more equality among people and a better world for us all.

We may find that Governing systems, in order to get this right may go a bit overboard in certain directions until this evens out but we will need quite a few good men and women to help lead us into this much better future.

We must be patient while adjustments are made to the past system ruled by those who had far too many rules of the negative type.

All human life must be honoured and worked with and in fact all life has to be no matter what form it comes in, so this includes nature , trees and the animal kingdom too.

There is no place for hatred, blame and punishment or such harsh judgment as we have seen so much of in the last year of those who think differently to us, as we have seen too much of this in our past. But there is a place for re- education and new healing methods if they are safe for mankind. This is still to come.

And while on the subject I will mention again that CRITICAL THINKERS are not conspiracy theorists, although some may go totally overboard. Without critical thinkers we would all be totally brainwashed by the repetition of media which is still happening world wide. And people are still believing it without question.

I would like everyone to read the story of “The Emperors New Clothes”. That’s your homework for the coming days!!!

I will mention to Aquarians that your New Moon new beginning of the year will be 11th or 12th Feb depending on where you are in the world.
I must get busy with the Chinese New Year for the signs as I usually do them each year.

And then time to buckle the seat belts!

This is going to get everyone totally out of their comfort zones and we will all be pricking our ears up (ears are Taurus ruled) and looking a bit wide-eyed and totally interested in what's going on in the world.

In a more normal world than we are in now – this could be about more than usual car accidents or planes or train accidents, so we will hear about a few of those.

Its also quite war like and could bring a few radical activists out to protest at the least.
It could be a military takeover too although there is no backup for this until two days later when Lilith conjuncts both Mars and Uranus, so we will see then whether Lilith has any push and shove for causing strife and war or if she acts the opposite .

This could be when someone seizes the moment if there has been anything underhanded we have not yet been told about.

Lilith is the more secretive influence that has been lurking which with the help of Mars/Uranus could leap out from hidden places so its interesting to say the least.

This is at 8 degrees Taurus .

The main indication that this IS a time of action is Mars squaring Jupiter in Aquarius on the 24th my time and 23rd in USA or UK etc.

'This is definite action time to trigger anything military or war like so from tomorrow onwards be alert and keep safe.

Its important to be safe when travelling and try not to rush – stay calm and seek cover if necessary if things get dark whichever way that manifests.

Keep yourselves safe in the coming days.

The signs that could feel these aspects most strongly are Arians, Taureans, Aquarians, Sagittarians and those with 5 or 8 degrees prominent such as Sun or Moon or planets/points there.

In between those days there is an Apogee moon which will be 21st USA and 22nd where I am, Aust and NZ.
Apogee Moon is when the Moon is far from the earth but has a laser beam effect, targeting certain people and places so this heightens peoples senses, increases the likelihood of extreme behaviour and feelings.
AND world events ALWAYS happen on this moon as it is.

On 21st/22nd which is before the Mars/Jupiter aspect, Neptune will conjunct Ceres. I actually see this as a peace truce and spiritual intervention so let’s hope!

But the following day with Jupiter /Mars and Lilith, Uranus/Mars energy again, there could again be some radical action happening.

Order will be restored on 23rd USA time and 24th NZ and Aust time as the Sun in Aquarius conjuncts Saturn and it will be firm rules in place and someone will be taking total responsibility in areas of Gov and leadership. Maybe it will be a little harsh but it is some sort of new order.

The other thing I need to mention is that tomorrow when Mars/Uranus do their thing it will be a 1st Quarter Moon phase beginning which is a time when issues emerge that require taking action or making adjustments. How timely is that !!!

It can be considered a stage of conflict which I see it as, with Mars/Uranus, but also of building and as the Moon will be in the highly determined sign of Taurus which is often like a bull at a gate when Mars is around it should be a rather active and exciting time.

This Moon phase states that things are beginning to take off and to gain momentum.

The First Quarter Moon is a time for taking action, not for contemplation or reflection.

And the keywords are Clearing; Action; Building