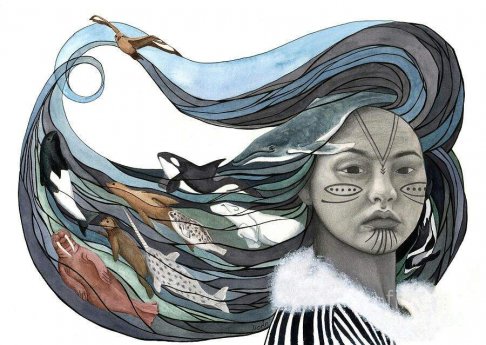 ​
First I want to mention yesterdays aspects as they have influenced my life vividly for 2-3 days since the powerful Apogee moon that did indeed act like a full moon and in Aries it was a very outspoken effect.

Yesterday the Sun conjuncted Sedna at 28 degrees Taurus and for me it brought an event that triggered a very old pattern from childhood, which makes me feel like a victim and although my rational mind knew this was a pattern, it still had a strong influence on every level of my being for
long hours since..

I have written about the myth before and its very easy to check out if your are curious. Sedna is a Sea Goddess , a victim of betrayal and much abuse by her father.She chose to live in the ocean world and provide food for her people despite that suffering. She rose above victimization, which is the message of this aspect for all of us, to rise above adversity and be our best selves anyway, to own what we are and who we are and make what we can of it.

Its also about facing our own mortality as it happens, and there is so much fear of death at present that it's made many people blind to reality, so blind they accept a lot of what is happening around them as a new normal, not realizing how traumatized they really are and how they can change that by calling on their higher mind to reassess what is normal and what is not, and then doing something about it.

Sedna reminds us where we can assist the planet and humanity in a time of great change by doing their bit to be their own kind of caretaker of self as well as others. This is a powerful message and it sure hit home with me.

Then there was Juno conjunct Makemake yesterday where Juno the mischief maker and mistress of gossip stirred up all the old family disfunctions, another strong message not to get buried in the woes of the physical/emotional world even if we were not treated well by families in our past.

This is about taking responsibility for our own lives and not blaming others for our issues. This is a reminder to stay on our spiritual journey and climb out of the swamp of despair that can engulf us when old wounds and traumas are triggered.

We should even thank those who trigger those hurts for reminding us of our true spirit and that we are not just our bodies, we are not our emotions, we are more than that.

This last aspect happened around 5 degrees Libra so any of you born around this degree or having planets there could have had a prod or 2 from someone either intentionally or not.

All this was on the beginning of the balsamic moon phase which is an unfavorable time for beginning something new, but favorable for closure, putting it behind us, and for endings in general. A time for personal reflection, tying up loose ends.

Tomorrow the Sun moves into Gemini to shine light on all the bright and communicative, multitasking people of this sign for the month ahead.

Venus Rx in Gemini will be square to Neptune in Pisces, both at 20 degrees in each sign.

This is a good time to drag out the easel and paintbrushes to carry on with any art projects we had put aside or start some new ones. Its good for creativity and communing with nature, for daydreams and entertainment, escaping for a while in ways we did before lockdowns.

Some pampering of self wouldn’t go amiss such as scented bathes and massages.

Venus is still OOB so there is a touch of rebellion and feeling out of sync and ungrounded, so lets do our best to anchor ourselves a little more firmly to the earth and enjoy some time out if we need it.

We don’t have to talk to anyone unless we really want to!

"We are endless galaxies but we have seen just one star."
My Astrology focused Facebook Page: Neptune's Magic
Reactions: Alain and Tania

The artwork you portray here is sublime, giving me the feeling I've just had a trip to the cold ocean (my nearest Earth experience in that realm is the Foveaux Strait south of Invercargill, I can readily adapt my experience of that to this picture).

Foveaux Strait (Te Ara a Kiwa ("the path of Kiwa") or Te Ara a Kewa ("the path of the whale"[1]) (Māori) separates Stewart Island, New Zealand's third largest island, from the South Island.[2] According to a Maori legend, the strait was created by Kewa the obedient whale when traditional Maori ancestor Kiwa summoned the whale to create a waterway (http://en.wikipedia.org/) 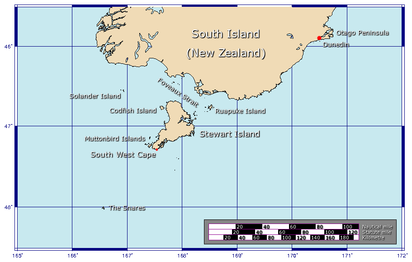 Last edited: May 23, 2020
Vibrate in accord with the universal notes​
​
As long as bribery, intimidation, threats and blackmail are used to enforce public health, there is no real public health (Lisa Renee, creative commons 3.0 BY-SA, www.energeticsynthesis.com) July 2020​
Reactions: Janne, Tania and Lila
You must log in or register to reply here.
Share:
Facebook Reddit Pinterest Tumblr WhatsApp Email Link