Stranger Things and The OA: Expanding Minds and Consciousness: (1 Viewer)

As some of you may already know, I was living in Australia for a long period of time and back in 2014 I moved home to New Zealand. Now I am in the USA and will likely be here long term if the visa I am applying for is approved in about 3-4 months time. I have never had paid TV. In Australia and New Zealand TV has limited options in terms of picking up channels from other countries. Until recent years, there hasn’t been many options to have access to online streaming channels, such as the popular ones in the US.

Now that I am here in the US, I have access a larger variety of shows and I am becoming more familiar with the series that are released. Two series that Kristy and I recently watched, which we both loved, were Stranger Things and The OA. Both relate to important aspects of transients, in terms of expanding people’s minds to the metaphysical side of life, as that is where the world is now heading as this cycle progresses in connection to the astrological ages.

I want to briefly talk about both of these series while trying my best to not give away any spoilers. 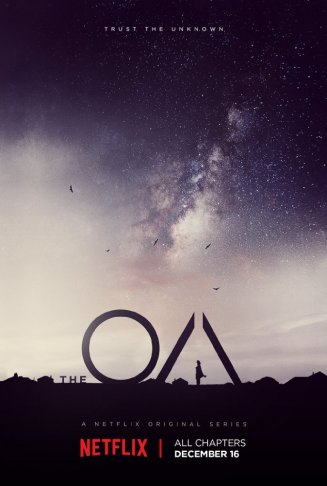 ​
The OA: This Netflix based series has one season which is completed, and contained 8 episodes. The first episode aired back in December, 2016. The official description from IMDB is: “Having gone missing seven years ago, the previously blind Prairie returns home, now in her 20s with her sight restored. While many believe she is a miracle, others worry that she could be dangerous.”

There are a few things I have to say otherwise you won’t understand the relevance of why this is consciousness opening show. This series is really about near death experiences, or in other words, astral projection and out of body travel. It’s very catchy and written well, in terms of suspense and intrigue as you go from episode one up until episode 8. With each installment you are left hanging on the edge of your seat, most of the time.

The cinematography is great, especially when there is a glimpse of what takes place in the astral and above? (a frequency level of existence above our frequency).

It’s a unique series and one that is well worth watching, especially for those who get some of their entertainment from shows and have a strong interest in spirituality. As you can see, if I say much more I will be giving away important aspects of the show. The show is currently rated at 8/10 on IMDB. I would give it maybe an 8.2 out of 10. I found it very refreshing.

Here is a review by Jeeby which was rated most helpful on IMDB and which doesn’t give away anything.


“A brilliant show by Brit Marling. Definitely worth a watch, and very binge-worthy.

Don't let the questions & confusions get in the way of experiencing this show. It is meant to leave questions & you, the viewer, are expected to interpret it and understand it on your own intuitive level. Why people get so upset when EVERYTHING is not completely explained in a story & wrapped up nicely in a pretty bow. Marling has designed this show to leave you slightly hungry with questions. Sit with it. You really have to Feel & intuit your way through this one and let it culture in your brain for a while after.

The casting is brilliant. Each actor is such a unique, unusual choice, but they all come together against the odds. The choice of Phyllis Smith & Emory Cohen was genius. I cannot fault any casting choice or performance, the stars literally aligned in this series.

I have watched this series twice, back-to-back. I am praying for Season 2 - not to explain all of the questions left and fill in all of the gaps, that is unnecessary, I simply want to see what happens next. Go, watch it now, in a quiet space, by yourself or with open, like-minded individuals. Don't read about it after, people love asking what's real, what's an illusion, why do I feel so confused, please answer this for me....

Just let your own interpretation take precedence & give it all the space it needs to unravel in your own mind.”​ 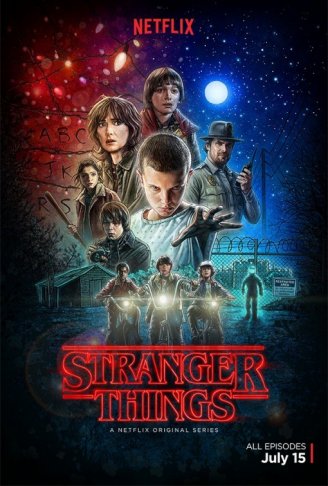 The official IMDB description: “When a young boy disappears, his mother, a police chief, and his friends must confront terrifying forces in order to get him back.”

If you have seen Super 8, the movie, then I can compare this show’s essence somewhat, as it is similar. Again, it’s based on a situation surrounding a reality outside of our own. I like surprises and I am trying not to give anything away, so I won’t say too much more about it.

Season 2 is being filmed, but season 1 is complete with the first show airing back in July last year.

What this show does is captivate people based on the strong characters being portrayed, as the story unfolds. It opens the wind to something outside of our existence, and provides that magic that is really lacking from many movies or shows that try to create a similar atmosphere. A strong emotional attachment may form within you, with some of the characters as the show progresses, because of how it touches on younger characters, and this is a big part of what drives its success I think, in addition to the plot (which is not perfect).

While this show may not be as accurate to how things are, such as what takes place in The OA which has a higher level of accuracy, it provides enough to open up people’s minds to other realities and in this case, abilities as well.

Welcome to the marvels of cable TV. Although a lot of shows are pure junk, there are some real jewels out there. I find quite a few that make me think.
Everybody all around the world - Gotta tell you what I just heard
There's gonna be a party all over the world
I got a message on the radio - But where it came from, I don't really know
And I heard these voices calling all over the world
Electric Light Orchestra
Reactions: Stargazer and Laron

I liked both of these series, but Sense8 was even better in my opinion.
Reactions: Stargazer, Laron and Benny

I'm watching Black Mirror now. It definitely does make one think about how technology can help and hurt us.
Yesterday I was clever, so I wanted to change the world.
Today I am wise, so I am changing myself.
~Rumi
Reactions: Stargazer, Laron and Benny
OP

Krena said:
I liked both of these series, but Sense8 was even better in my opinion.
Click to expand...

We may have to check that one out next.

Was just hearing folks talk about tv shows. Amongst the 'usual suspects', both OA and Stranger Things were mentioned. They were mentioned, especially the latter, in the context of being 'really good' but in a way that pushed comfort zones.
That made me smile

It makes me realise I don't live in the same universe.
Vibrate in accord with the universal notes​
​
I see it's time to change my signature message. Out with the old and in with the new! ​
Reactions: Laron and Stargazer
You must log in or register to reply here.
Share:
Facebook Reddit Pinterest Tumblr WhatsApp Email Link