Spike Protein: Everything You Need to Know (1 Viewer)

Here's a thread focused on information in relation to the spike protein, which is one of the ingredients/things in the COVID vaccines. Let's share all the information that directly relates to this spike protein on this thread.

Here is something I posted on another thread to begin this one:

"Last week it was Dr. Peter McCullough who raised the alarm about the #Covid vaccine spike proteins. Now, another respected professor, viral immunologist from Canada, Byron Bridle PhD, brings forth more corroborating evidence, suggesting the toxic protein in the shot distributes all over the body within as little as 15 minutes. "
https://rumble.com/vi1e31-troubling-science-emerging-on-spike-protein.html

Bridle says the spike protein is almost entirely responsible for cardiovascular issues when it's been in circulation as it crosses the blood brain barrier. So the vaccines do not stay in the shoulder. The Japanese regulatory agency has made a request for more information and gained access to the bio distribution study which is all about where the vaccines go in the body after the injection — the spike protein gets into the blood and circulates, accumulating in tissues such as the spleen, bone marrow, liver, adrenal glands, ovaries. (he says the spike protein is a toxin)

And he goes on to explain what the spike protein does to the body from clotting and bleeding, neurological damage and a transfer through breast milk, etc. 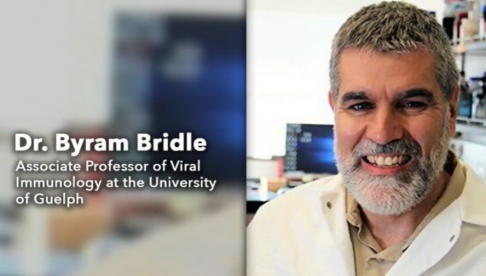 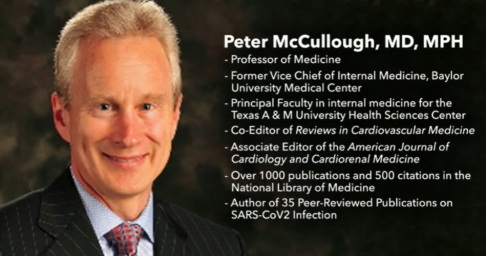 McCullough said last week (above) there is a 2 week time period after the vaccination, where the spike protein basically moves around quite a lot in the body and this is the period where the adverse reactions are more likely to occur in the short term. He also says that babies being breastfed by those being vaccinated are in danger and there is an example of a baby dying as a result of this situation.
Social Media: Facebook | Telegram Channel | MeWe
My OBE Course: consciousness.life | My Services: laron.nz
Reactions: Nara and Neeraj

Thank you for this information, Laron.
Vibrate in accord with the universal notes​
​
I see it's time to change my signature message. Out with the old and in with the new! ​
Reactions: Laron
OP

New interview with Clif High where he explains the spike protein, more specifically related to the zombie state the vaccinated are going to find themselves in, and then gets into the mRNA component of the vaccines and how/why that is dangerous:
https://rumble.com/vigdu1-vaxxxidents-dark-agenda-chaos-biden-admin-collapse-clif-high.html
OP

I posted this on two other places on the forum, sorry for the spam, but it relates to this thread:

From the following article, this is what the Infectious Disease Specialist said after looking at the autopsy findings:


"People think that only a MINORITY of people get adverse effects from the vaccine.​
​
Based on this new research, it means that everyone - EVENTUALLY -will have adverse effects, because those spike proteins will be binding to ACE2 receptors everywhere in the body. ​
​
That mRNA was supposed to stay in the injection site and it’s not. That means the spike proteins created by the mRNA will be in every organ as well, and we now know it is the spike proteins that do the damage.​
​
Worse, the viral RNA being found in every organ despite a vaccine, indicates either:​
​
1) The vaccine doesn't work at all, OR;​
​
2) The virus is enjoying Antibody Dependent Enhancement (ADE), meaning it actually spreads FASTER in vaccinated people.​
​
This is a GLOBAL TIMEBOMB."​
​
Global Time Bomb" First case of postmortem study of patient vaccinated against SARS-CoV-2; "viral RNA found in every organ of the body​
"The first-ever autopsy of a person vaccinated against COVID-19, who tested negative 18 days later upon hospital admission but at 24 days after the VAX, has revealed viral RNA was found in almost every organ of the body. The vaccine, while triggering an immune response, DID NOT STOP the virus from entering every organ in the body.​
​
The viral RNA was found in virtually every organ in the body, which means the spike proteins as well.​
​
There are antibodies (like the “vaccine” is supposed to create) but they’re irrelevant because, based on a study from Japan, we now know that the spike S1 protein is what does the damage."​
https://halturnerradioshow.com/index.php/en/news-page/world/global-time-bomb-first-case-of-postmortem-study-of-patient-vaccinated-against-sars-cov-2-mrna-found-in-every-organ-of-the-body​
Here is the link to the primary source. The study is from Germany (Bielefeld - Lippe):
https://www.sciencedirect.com/science/article/pii/S1201971221003647
Last edited: Jun 14, 2021
Reactions: Nara
OP

Opinion | Which Is More Dangerous: Mainstream Media or The Spike Protein?
"Last week CE published this piece that demonstrated the obvious spin The Washington Post used to mislead their readers about the status of the unvaccinated, claiming that their rates of infection, death and hospitalization are significantly higher than vaccinated individuals when in fact they never measured these rates. In this article I will once again focus on the Washington Post and their lack of journalistic integrity. This time their propaganda is more egregious because they are targeting the largest pool of unvaccinated individuals: children."
https://www.collective-evolution.com/2021/06/17/opinion-which-is-more-dangerous-mainstream-media-or-the-spike-protein/
You must log in or register to reply here.
Share:
Facebook Reddit Pinterest Tumblr WhatsApp Email Link