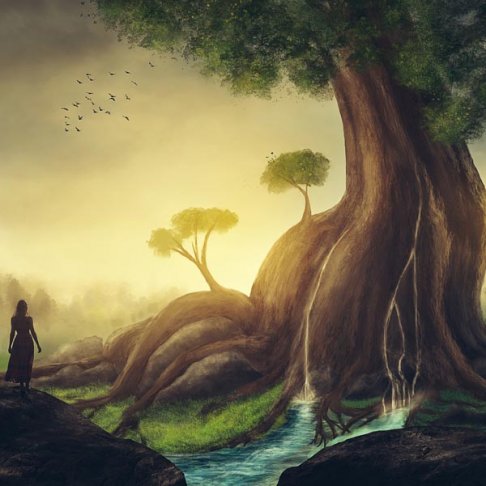 ​
Happy Solstice to everyone in the world!

Its just past Summer Solstice time here which was during last night in my part of the world, so time to celebrate the light and make time to get into the outdoors as much as we can today.

It's time to gather some flowers which I have already done in fact, pay some attention to our gardens, go for a swim if it’s warm enough or walk barefoot through the grass or sand.

Other parts of the world are celebrating Winter solstice and filling their homes with bright colours as they celebrate the Christmas or Hanukkah season and finding a different sort of connection to nature, feeding the spirit and nurturing the soul.

But we can all find balance on the solstice by meditating, doing yoga, or starting a new journal, enjoying time with loved ones at a summer or winter solstice festival, feast, or bonfire.

Or simply having our own little ritual in our home by lighting a candle and doing some affirmations for the times ahead and feeling gratitude for what we have in the here and now.
Many of us did this last night in a very special ritual centred around Ururu in Australia.

The Sun has already moved into Capricorn to shine light on all born under this signs rays for the month ahead.

Your new beginning of the year Capricorn people will be on the 13th in most parts of the world.

Before that you get a very exciting family and relationships full moon on the 30th December although for some it will be the 29th.

As this one approaches there will be a mounting sense of excitement and many mixed feelings as we move towards 2021 as people will be so relieved to have 2020 over and done with.

This solstice time is very different to any other we have had for a very long time.
The ruler of Capricorn, Saturn has moved into the New Age sign of Aquarius which has taken so much pressure off them and all of us as we have had to "perform" and achieve more than usual in the last 3 years. Not to mention the chickens that all came home to roost at once.

Now we can lighten up and do our own thing so much more and be as rebellious as we want to, only Saturn will be keeping a cautious eye on us for a few weeks.

So Capricorns become a bit more Aquarian in outlook and nature.

Aquarians settle down a bit more into their own power which is not a bad thing with Uranus stirring them up big time with square aspects just now depending on which decanate you were born in , in that sign.

It's interesting that when Saturn first went into Aquarius before he moved out again, lock downs happened in many parts of the world, and this time when he moved back into Aquarius the same thing happened again.

Mars is part of this as in Aries he has been very infectious and he's been there for a long time since 21st June . Every year Mars is Rx there is a virus outbreak in the world. In Libra it was always Ebola which is interesting as that is the opposite sign to his. I have not researched the Aries years yet but I must some time soon. When he leaves Aries I expect the virus news to quieten down.

As I write this the EXACT conjunction of Saturn and Jupiter is happening and I do expect lock downs to be a thing of the past before too long.

Now that Saturn has Jupiter in Aquarius with him we can move towards a better system without the extremes we have seen this year. Aquarius as an energy does not restrain or restrict but rather brings liberation and freedom to be ourselves and express our own unique qualities, also to care about the world as a whole.

The much needed improvements with our health systems and also for equal work opportunities will be rolled out soon with some rather startling announcements as well.

This conjunction of planets is also about the Governing systems in the world and as this particular CLOSE conjunction hasn’t happened for 800 years or so we should be seeing a world leader emerging from this as this has happened after a very strong and rare Perigee total solar eclipse.

There could even be a messiah born somewhere in the world at this time – a reincarnation perhaps that we will hear about later but for the meantime there has to be a major event about to happen in areas of a world power. This will unfold in time.

I see these planets together as a confrontation within us all of Light and Dark, also with world powers.

Today as well as the conjunction of Jupiter and Saturn, there is a conjunction of Mars and Eris which I mentioned a few days back in a special post .

And by the way, anyone with planets or points in 30 degrees Capricorn through to 1 or 2 degrees Aquarius should be having a major legal or financial matter to take care of. This may be news of a purchase or a sale, or a contract. This aspect will affect Capricorns and Aquarians the most. This should be a very good thing, very helpful even if the lead up to it took some negotiating.

With regard to Mars/Eris this is the day the real war begins against the dark forces and the old patriarchal ways of the world.

Eris is keen to get moving into the New Age and use a bit more force than has happened so far, so this is when the fireworks start and the rules will be challenged more than they have been all year.

This came up Mid August and at the beginning of Oct and now as this happens again at 23 degrees Aries Eris is not going to pull any punches as her patience has run out.

So we can expect some results of this conjunction before too long on the world.

And for those born around 23 degrees Aries or having that degree strong in your birth charts you will be feeling this powerful energy of impatience and a need for strong action.

The Sabian symbol for the Eris/Mars conjunction( We use the 24 degrees symbol) is " An open window and a new curtain blowing into a cornucopia” . This is about the opening of our minds to new possibilities or dimensions. Its about abundance coming that will be self sustaining.
We need to change our outlook and think outside the box. Its about turning the old thoughts and ways to something new and vibrant. Its about being able to breathe fresh air again and let in the light of understanding, releasing all that is stagnant and old including the old rules of society.

The first quarter moon phase begins today, when issues emerge that require taking action or making adjustments. This can be considered a stage of conflict, but also of building.
Things are beginning to take off and to gain momentum. This is a time for taking action, not for contemplation or reflection.
Last edited: Dec 21, 2020
"We are endless galaxies but we have seen just one star."
My Astrology focused Facebook Page: Neptune's Magic
Reactions: Lila, Linda and Tania
You must log in or register to reply here.
Share:
Facebook Reddit Pinterest Tumblr WhatsApp Email Link