Article Small update and new acceleration of the construction of the physical plane 15.6Hz (1 Viewer) 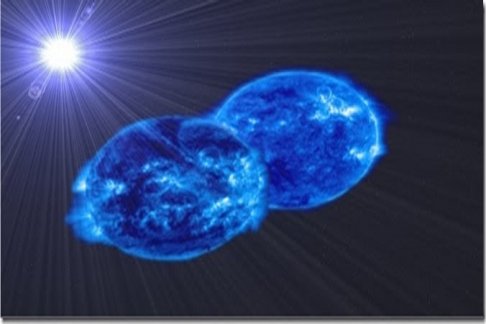 ​
All this past week the forces of those groups that attend and work to execute the requests that we are publishing, and that are under the coordination and “mandate” of our planetary logos, have been really busy trying to dismantle a large part of the energy networks that allowed not only the operation of technology and operational bases of Asimoss and Amoss and other races, but also their displacement and movement throughout the planet. Some of the blackouts that have been reported in some media such as the one in London a few days ago, when we were in the middle of the offensive, are due to the fact that there is some interconnection between some cities and the operational bases of the races we already know that exist in the subsoil of them, from which they take advantage of the energy of our cities and centrals to supply themselves, in addition to the one that they obtain through the connections to the planetary nucleus that we had already commented previously.

Since this process is still ongoing, today we will not initiate any other offensive or request to give more time to complete as much as possible those that are already in process, since the work is huge and, as we had said on occasion, the resources available to do so are quite limited, since not all groups or "forces of nature" are "physical" and "material" enough to be able to disassemble structures from the plane 1.2 and higher, where most of them are located. And it is that almost all the beings and groups that attend the planet to take care of it and take care of its maintenance are really of very high frequency and vibration, so to find availability among those that can densified almost to the “solid” plane to our senses is not an easy task, or at least it is not as fast as we would like, so that it would be more “hands” helping to combat and eliminate the structures of the physical-energy and etheric control systems installed by Asimoss.

What we can confirm is that, despite the fact that the number of members of the five races already known has continued to rise due to the reproductive capacities that we have mentioned, and the mutual assistance that they give each other, the majority remain confined within the main operational bases that have been sealed or almost 100% sealed, which, although inside they are still trying to increase the number of members to allow them to regain control and management of the planet, they will hardly be able to do so being almost isolated. Those who escaped or those who managed to leave these main centers and take refuge in more remote or secondary places or areas, are still on the hunt and capture by the rest of the planetary forces.

For all those who have just joined the blog, as there has been a great increase in readers in recent weeks, perhaps attracted by the curiosity of the issues that have been addressed for months, we say that, although some things really escape the understanding of the average human being, and that it seems fictional to us, there is a whole substrate behind what has been going on for some time now that it is necessary to know to understand why we are working as we are doing it, in what way it has been started the process of expulsion of those races that created the avatar we use and why we can now carry out this task, titanic in some respect, to get rid of them. It is not information that is easy to digest without the appropriate knowledge base, so I encourage you to download at least the pdfs of the articles of the last two years so that situation in which we find ourselves will be better understood.

Finally, as we move forward in the process of healing and deprogramming of our energy system, we will focus more on it and leave aside a little the issue of throwing away Asimoss, Amoss and others, when they are already confined and we have reduced the potential to limit the change of humanity they have had so far. We have to put up a little fence and then continue to devote ourselves to our evolutionary process, because after all it is the only thing that will get us out of this network and this reality and can prepare us for the change to the next one, whose completion is accelerated, again, and we are almost a little more than seven years from the 15.6Hz physical plane completion, which is really good news and confirmation that the planet itself has a high interest in seeing this process of evolutionary change ready to be executed as soon as possible by those who want and decide to continue with the work necessary for it.

Please keep Laron in your thoughts and include him in your next healing session. I received an unsettling email from him yesterday after the posting of this article with his usual thank you, but he added too that he just had an accident when a car pulled out quickly of its driveway on his electric scooter and he flew over the hood hitting his head on the windshield (he thinks), he was not sure if he had a concussion. I replied asking if he was wearing a helmet and recommending that if he could to do a check on a clinic/hospital to make sure he didn't have internal bleeding. No reply from him so far.
Reactions: Laron, Hailstones Melt, Pucksterguy and 2 others

Thank you David and Carl. Glad there is no homework, feel I have been doing that for weeks.
Laughter is the sound of my soul.

Pod said:
Thank you David and Carl. Glad there is no homework, feel I have been doing that for weeks.
Click to expand...

Pod, I like to think of you surfing close by, managing the board on the wave with ease and elegance. And there's always that cheeky, devilish, little ripple of laughter blowing in the wind.
Vibrate in accord with the universal notes​
​
As long as bribery, intimidation, threats and blackmail are used to enforce public health, there is no real public health (Lisa Renee, creative commons 3.0 BY-SA, www.energeticsynthesis.com) July 2020​
Reactions: Pod
You must log in or register to reply here.
Share:
Facebook Reddit Pinterest Tumblr WhatsApp Email Link