Article SCORPIO ENERGIES ARE ABOUT TO FLOW, ADDING PASSION AND DEPTH TO OUR LIVES, HERALDING TWO ECLIPSES OVER THE COMING WEEKS. (1 Viewer) 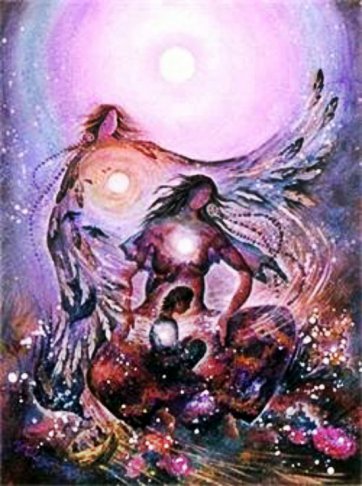 ​
SCORPIO ENERGIES ARE ABOUT TO FLOW, ADDING PASSION AND DEPTH TO OUR LIVES, HERALDING TWO ECLIPSES OVER THE COMING WEEKS.

The Square of Sun and Venus to Pluto in the last day or so has been rather harsh as tensions build in the world and is now ebbing. The saving grace has been Venus supporting the Sun keeping these tensions from exploding, so far anyway.
This has happened at 26 degrees Libra and Capricorn so people born around that degree and I know at least 2, have more than likely had a rough time , being under much pressure.

This same aspect has brought a lot to a head in areas of world affairs of the explosive sort amongst the Scorpio type world leaders. Luckily Mars has been lending a hand until now at least and Venus too.

Its still going to get very interesting in the two weeks ahead with Saturn about to go direct, and then the Scorpio partial solar eclipse on the 25th.

Im quite pleased Jupiter will be moving back into Pisces at the end of the month as that should provide a bit of a buffer, being a more gentle energy than Aries where Jupiter has been since May. The time from end of Oct until Christmas should technically be less tense on the world scene.

However having said that the Scorpio eclipse will pull all the recent aspects into its energy including the war like Eris aspect that happened two days ago.
Bearing in mind that two world leaders share a lot of Scorpio between them , one being sunsign and the other ascending sign , anything could happen and probably will, only I have complete faith that explosive buttons are not going to be pushed. That’s not to say smaller war like events wont happen.

Today we have Saturn in Aquarius quincunx Pallas in Cancer which is an aspect of a striving for peace , with some fairly strong, strict and serious people involved with much analysing of details and data happening as well , strategies being bandied around and Pallas doing her upmost to help find solutions with the people, families her main concern. This with the Moon transiting Virgo as well .
Then a the Balsamic Moon phase begins tomorrow telling us its not a good time to begin something new, but best to close off previous projects or plans before the New Moon . We should put as much as we can behind us as the New Moon will be rebirth New Moon as it is.

Tomorrow the Sun and Venus travelling together will conjunct Haumea which although a very distant planet this is still a strong force as Haumea (pronounced: hau-MAY-a ) named for a Polynesian fertility goddess, shaped like a rugby football, spinning around on its axis once every four hours, has the influence of creating something of a metamorphosis, bringing us a new level of consciousness and co-creative potential in the evolutionary process. So this is pretty amazing I think with all the focus just now on just this as we are trying to raise our energies, the planets too amidst a lot of difficult forces at this point in time , much negativity.
Haumea's energy is very pure and very Earth centered, emanating from Nature Herself helping us to proceed from a point of Earth centered stillness, encouraging a dynamic leap of faith and movement outwards in order to make the available evolutionary consciousness available for all we earthly beings .
Haumeas aim is to heal the womb environment of planet Earth so the vehicles of plants, or animals or humans are ready for the soul beings waiting to be born .

The following day which is our Sunday on the 23rd and 22nd elsewhere such as Canada and USA is when Saturn stations before going direct, a majorly important day I have been waiting for as in that direct motion he will not return again to Aquarius as he is heading for the sign of Pisces which will change our lives and help carry through with the next phase of the New Age rise in consciousness although we know this is a process which is happening on subtle levels. No age has ever changed suddenly over many years and with this one there are a lot of dark forces to rid the earth of . For this we need the help of higher beings which are also unseen but mostly it is up to those who inhabit earth to make the shift which depends on a certain percentage but any percentage will grow as only light can, as light always wins over darkness.
The other law in this process is about the great cycles put in place for our own evolution and spiritual growth as this life is just a very small part of a greater reality we do not get to see in the physical form or if so just glimpses as we are dense beings here even if we have centres of light.

Saturn will move forwards but the station point is a time when much comes to a head with Gov rules and regulations and any strong aspects that have been formed by Saturn this year to other transiting planets, also happening in the charts of various countries, to world leaders and we individuals will means a turning point for the energies of Saturns rays and the effect he has had on us and the world . If we have had strong aspects of Saturn to other planets or Sun/Moon etc the meaning of the aspect will peak and we get to make choices for changes and adjustments before we move on. There will be a lifting of restrictions and rules for each of us along with rewards for our hard work whether aspects have been positive or negative.

We are moving forwards after the hard Aquarian lessons as well as the positives. Aquarius is technically about peoples rights and freedoms, their rebellion again the previous Capricorn Gov systems, some extreme forms of communistic type agendas and U N global influences that are not working out how they are meant to, also a lot to do with science and environment, groups and schools, technology too.

From this point coming there will be many Gov changes happening faster than before and the coming eclipse will determine a lot of how this pans out.
But this direct motion is a good thing as is this turning point .

On the 22nd/23rd both the Sun and Venus move into Scorpio which is very different energy to Libra. Things get deep and intense, passionate even all at once, including our feelings on just about everything . But the Moon remains in the political Libra to bring a little balance for two ½ days . There is more power being generated with this Scorpio focus however but Venus is and has been helping to prevent anything too intense .

That could change in no time at all as we will be in the shadow of the eclipse which will fall on 2 degrees Scorpio , a partial eclipse so not as strong as it could be but it will still bring some fairly extreme developments, some unexpected too.

The Sun and Venus together will be shining their light on the sign of Scorpio so the light comes back into your lives along with extra power to achieve your goals, with the help of some fairly imposing forces with your New Moon , new beginning eclipse coming. You may get some offers too good to refuse around that time.

But in the meantime before that eclipse on the 22nd /23rd Mars turns out of bounds until March changing his nature with an added unpredictability , an energy more like Uranus, so his effect is more dynamic . The effect on our communication and media is going to be much stronger and more unusual than we expected when he turns Rx due to this OOB. It's like the past 2-3 years will be rewritten somehow in extreme ways.
New information will be revealed on what many thought was truth. Much unveiling of the unexpected type as last time he was Rx was early 2020...

Mercury will quincunx Uranus 17 degrees Libra to Taurus so unusual solutions are available on a large scale and an invitation to look at all sides to an event or question, to use your critical thinking and expand your beliefs and ideas to get the bigger picture.

Mercury will also trine Saturn which will help with the decisions and analysing of data , so everyone can get on board and cooperate if needed.

These aspects are for all of us as we are under the energy of two eclipses that will take a lot out of our hands and change the status quo in many directions especially global economy, property matters and all things Scorpio/Taurean. The push at present is to make it more difficult for people to purchase or maintain their homes as interest rates are rising in many countries for the same. If this seems impossible for some people take heart as Saturns move to Pisces early next year will bring a time when Govs will change totally, as new leaders come in, so these will tend to the basic needs of the people, of individuals needs. But that’s another story for another time...

I need add this to my post.
quote
Mars turns out of bounds until March changing his nature with an added unpredictability , an energy more like Uranus, so his effect is more dynamic . The effect on our communication and media is going to be much stronger and more unusual than we expected when he turns Rx due to this OOB. It's like the past 2-3 years will be rewritten somehow in extreme ways.
New information will be revealed on what many thought was truth. Much unveiling of the unexpected type as last time he was Rx was early 2020...
unquote
Last edited: Oct 22, 2022
Reactions: Lila and Hailstones Melt
M

Marjay said:
Lots of research there. Thankyou
Click to expand...

Marjay I didnt actually research any of this as my writing is pretty much off the top of my head but I do check dates etc and my ephemeris and different time zones.I know the dates really well and the planets.
I just look at my ephemeris for the planets positions or draw a chart for a certain day but the Rx planets and OOB is all set out in tables . I usually do an article every few days and post on several different sites including my own Neptunesmagic page on FB .
The energies of the planets tell me the story and after 46 years or so ... So its not exactly about research. Its about the science of astrology which we study in depth and become qualified in and which there are ethics for.
Reactions: Hailstones Melt and Lila
You must log in or register to reply here.
Share:
Facebook Reddit Pinterest Tumblr WhatsApp Email Link