In the world’s number one geophysical scientific journal, a new paper counters points made from a recent scientific study from Harvard and says that magnetic field changes are linked into extinction level events on Earth. Ben Davidson, one of the internet’s top space weather experts, discusses these points in a three minute video posted back on June the 2nd. 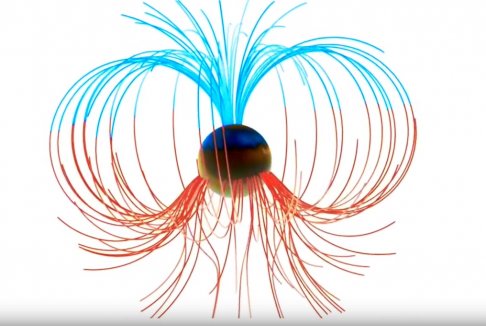 ​
This journal publishes very selectively, so doesn’t just stick out any information.This is important for a number of reasons, especially because it supports the magnetic reversal theories, such as that from Charles Hapgood, like in his book, Path of the Pole (in terms of the impact on life when these events occur).

Most importantly though, it talks about “the major excursions”, Ben states. This refers to what’s occurring right now, with the gradual shift of the magnetic poles. I recently spoke about in this post here, Status of the Pole Shift as of May 2019 (aka magnetic reversal).

Ben goes on to says, “We’ve been in it for more than 100 years [pole shift] and the acceleration recently brought the shift to within decades of similar conditions to those described in the paper.”

You can find the paper here, The role of geomagnetic field intensity in late Quaternary evolution of humans and large mammals, and Ben’s short video below.

Laron: thanks for this link.

There are a few things here that need to be split to paint a clear picture:
- Charles Hapgood talks about geographic pole shifts: this also shows in the geological record as a pole shift but implies that land is shifted up to 30 degrees in a very short time. The magnetic pole in this case stays in the same place but the land record shows a shift as the crust is displaced. The video refers to the magnetic shifts corresponding to the geopraphic pole shifts that are also discussed in the book of Hapgood. These are certainly very destructive.
- But there are purely magnetic pole shifts. I think slower reversals or excursions will not have a big impact on earth life but there are theories that some reversals are induced by external space weather like very big solar storms that overwhelm the earth magnetic field. if these are really extreme they can also cause destruction on earth.

I don't feel that the current excursions are a big issue for life in itself. For our technological civilization on the other hand with all the satellites and electronics on the other hand it could pose some dangers... as you will have more radiation closer to earth, less protection from solar storms,....
“Don’t judge each day by the harvest you reap but by the seeds that you plant.” - Robert Louis Stevenson
Reactions: Alain and Laron

For crustal displacment you need to link into Pucksterguy's thread on Flash frozen mammoths :-

flash frozen Mamoths or as the Earths crust turns...

I found an amazing article that proposes the reasons we are finding Wolly Mamoths flash frozen in Siberia. Some with their last meals still in their mouths. They were instantly frozen in a bizarre incident that catastrophically changed the Earths surface. This can also explain why Anarctica is...

Bert said:
I don't feel that the current excursions are a big issue for life in itself. For our technological civilization on the other hand with all the satellites and electronics on the other hand it could pose some dangers... as you will have more radiation closer to earth, less protection from solar storms,....
Click to expand...