This is the latest transmission from the Men of Light, angelic beings who work with the League of Light. Their messages, while cryptic, are yet direct and targeted. They seem to be getting more so. 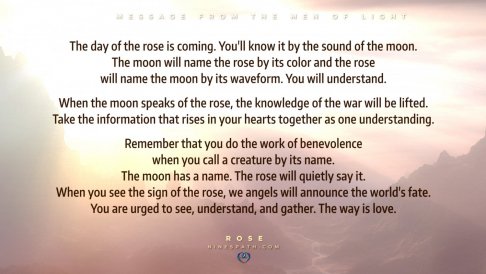 The day of the rose is coming. You’ll know it by the sound of the moon. The moon will name the rose by its color and the rose will name the moon by its waveform. You will understand. When the moon speaks of the rose, the knowledge of the war will be lifted. Take the information that rises in your hearts together as one understanding. Remember that you do the work of benevolence when you call a creature by its name. The moon has a name. The rose will quietly say it. When you see the sign of the rose, we angels will announce the world’s fate. You are urged to see, understand, and gather. The way is love. 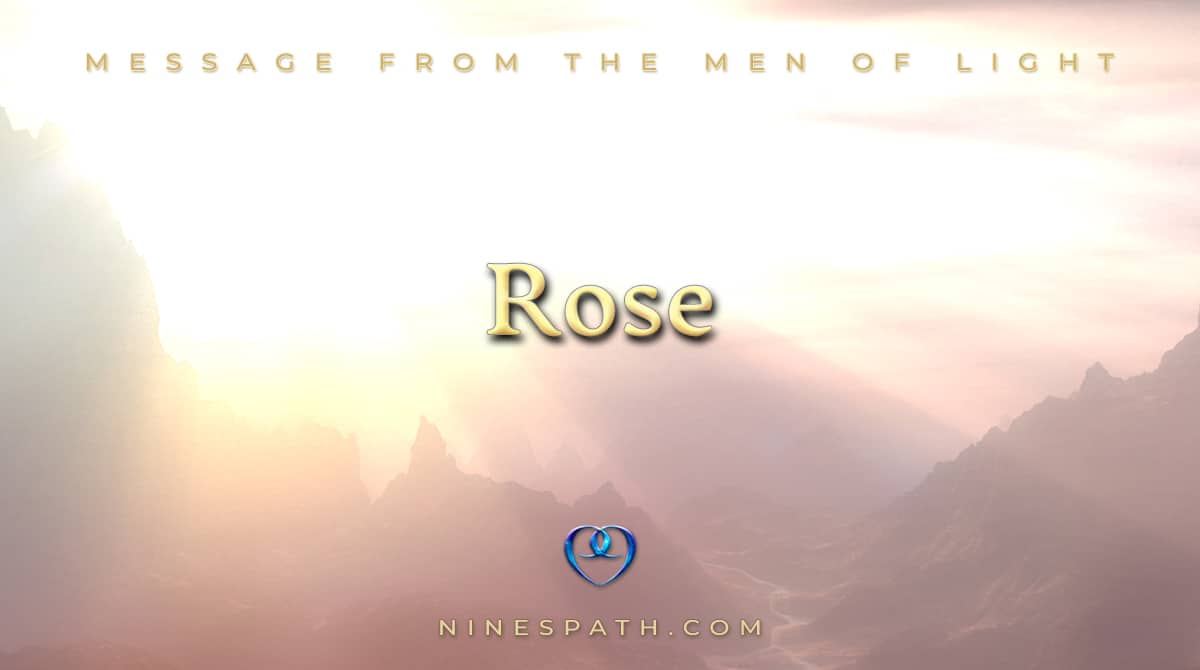 Rose | Nine's Path | Message from the Men of Light

When you see the sign of the rose, we angels will announce the world's fate. You are urged to see, understand, and gather. The way is love.

Love
In the moment in which you forgive yourself for being human, you become more fully human, and more divine.
https://ninespath.com
Reactions: Alain, Manuel, One65 and 1 other person

This is certainly cryptic. I think it means the moon will appear red, because we already have white roses and a white moon. If the moon does appear red, it will be Earth's atmosphere that will make it so, not a change in the colour of the moon per se. Roses do speak quietly, because they speak with fragrance. They also speak with beauty and are a joy to behold.

Does gather mean come together in local areas? 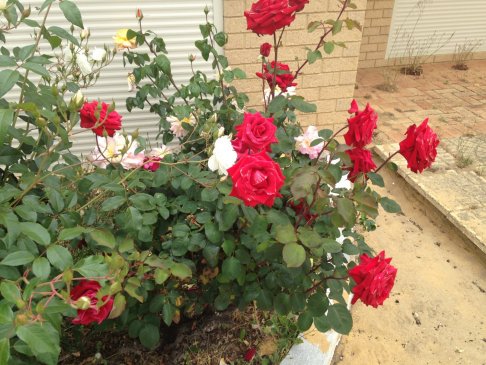 Vibrate in accord with the universal notes​
​
As long as bribery, intimidation, threats and blackmail are used to enforce public health, there is no real public health (Lisa Renee, creative commons 3.0 BY-SA, www.energeticsynthesis.com) July 2020​
Reactions: Alain, Maryann and Lila

I have recently been reviewing Sisterhood of the Rose, which is the female complement to the Knights Templar, but it is also meant to be an ancient ring of Atlantean priestesses who were committed to the Divine Feminine and embodying the Divine Feminine to bring those traits onto the planet. 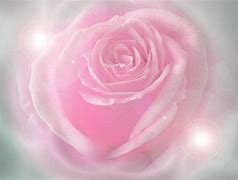 Sisterhood of the Rose 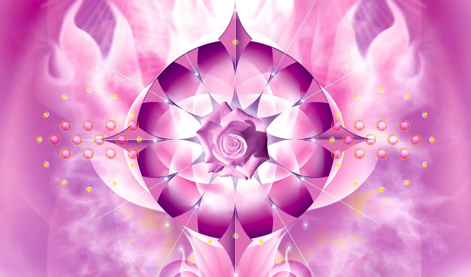 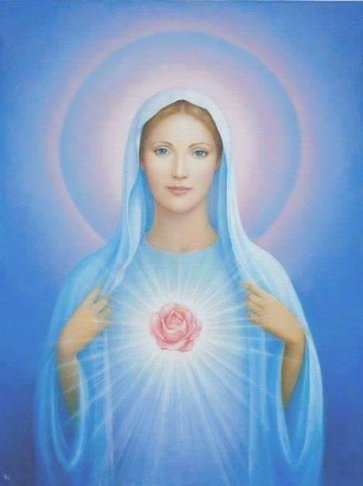 Inkalight.com has a sub-page on Sisterhood of the Rose - seems to tie in to the Men of Light message:

Sisterhood of the Rose | INKALIGHT

The Sisterhood of the Rose gathered together in circles of twelve to activate this Flame of Divine Love, of harmony, of abundance, of joy, and peace, through the hearts of all humanity. West Chester PA

(thank you, creators of Inkalight. I assume it is meant to spread this message now at this time through this forum)

The Sisterhood of the Rose was created in the time of Lemuria, and later as priestesses in Atlantis they gathered together in circles of twelve to activate this Flame of Divine Love, of harmony, of abundance, of joy, and peace, through the hearts of all humanity.

There were twelve groups of twelve women who formed the Sisterhood of the Rose. The goddess symbol is the rose, but it is through Self Love that this beautiful Pink flame of Divine Love activates within your heart.

The Sisterhood of the Rose took this beautiful Pink Flame of Divine Love out in the four directions of the earth to assist Mother Earth and all her Life, also working directly with the energy of Sirius, the Pleiades and the Galactic Center. For it is Sirius and the Pleiades that draw into alignment the influx of energy that activates through the Galactic Center, and the Sun and Central Sun, to a greater knowing of your multi-dimensionality as Initiates of Light.

The Goddess is the manifestation of the feminine essence, that has manifested in different generations and in different ways across all the nations of the world, producing with it variations of the same theme. The Goddess symbol is the Rose, and the Rose is often the first thing that draws a person into a relationship with the Sisterhood. But the magic and energy of the Goddess vibration and the Sisterhood of the Rose then extends us to a relationship with the Stars, and the Shambala Star in particular.

Information and knowledge was also stored in Tibet. Tibet is a land were revelations come in the monasteries and nunneries situated in high places where there are no distractions. It is just you, the Earth and God. Every monastery is unique. One monastery, called the Monastery of the Mystic Rose acted as the record keeper of the Rose Records. This was the case. It is thought that the members of the Sisterhood came from the Sect of Essenes with Mary the Mother as their Master Essene. The wisdom contained in the lost scrolls includes information about the Sisterhood and the feminine face of God lost for centuries.

Venus-Sun transits in 2004 and 2012 were coded sign in the sky to reactivate the Sisterhood of the Rose.

The summer of 2012, a grand trine of Eris, Lilith and Chariklo activated the Goddess archetype on this planet on a deeper level than ever before. It is interesting to note that at the same time outer solar system objects Chariklo, Pholus and Ixion made a triple conjunction in late Sagittarius, close to the position of the Galactic Center.

This signifies a breakthrough of the suppressed Goddess archetype from the collective unconscious on a planetary level.

It has been requested from the Light forces that women and men with inner connection with the Goddess begin to gather in groups to reactivate the Sisterhood of the Rose.

These groups need to gather physically at least once a week and invoke the Goddess energy for planetary peace, love and harmony in their own unique way.
These groups will become the feminine aspect of support for the planetary transition into higher consciousness and the re-emergence of the planetary Goddess of Light.
(continue at website)
Reactions: Alain, June, Maryann and 2 others
OP

I love that picture of Mary

It could, but what I've been getting more from them, and seeing more in conversations with people challenged with this, is gathering the splintered, fractionated part of the traumatized self into an integrated whole. To gather oneself into wholeness. Can be like herding cats, sometimes.
OP

Finally got the video done!

Maryann said:
It could, but what I've been getting more from them, and seeing more in conversations with people challenged with this, is gathering the splintered, fractionated part of the traumatized self into an integrated whole. To gather oneself into wholeness. Can be like herding cats, sometimes.
Click to expand...

Yes, this is what has been happening for about 5 years for me now. I'm not doing it. It's just happening.

On another note, last night's dream was again at a busy rail platform with many trains coming and going, and me finding the stairs up to my platform, which were amazingly many (stairsteps), seemingly up to the ceiling. I got there and they stretched up and up, but I could hear trains arriving at the upper platform level, so I knew I was in the right place. No-one else was on the steps, but suddenly, masses of people started arriving at the bottom of the stairs, and were directing themselves to go up by asking questions, such as, Is this the way? to each other. Some didn't, but many did.

After I woke up, I thought: of course, levelling up. The way to go is always going to be up.
Reactions: Alain and Maryann
OP

Hailstones Melt said:
The way to go is always going to be up.
Click to expand...

Hi MaryAnn. We are having a back and forth on "the Rose" on the last Remote healing group - if you are interested June dreamt of a Rose baby ...
Reactions: Maryann
OP

Thank you for the note! I'll try to make my way there… a lot going on here but it sounds wonderful

Ok I'll do my own interpretation of part of the poem.

> The day of the rose is coming. You’ll know it by the sound of the moon.

Maybe there will be a waveform (possibly inaudible) during a full moon. A harvest moon, usually seen in the fall, can be orange or reddish. Red like a rose. A reddish moon also called a "blood moon" but only because of its color. This waveform will give us some knowledge about something going on.

Some of the information bursts I get are many-layered. I'll see the top most layer, and that's like a summary of the message. But then as I focus on the message to get more details, the details come to me, like peeling layers back on an onion.

Sometimes I get an information burst, but it bypasses my conscious mind and goes right to my subconscious, so I really have no conscious idea what's in the "information packet".

Someone channling information said "2021 will be nothing like 2020, the world will be very changed." And then this morning I see news about 6 major banks doing money laundering for corrupt officials all over the world. Here is the summary.