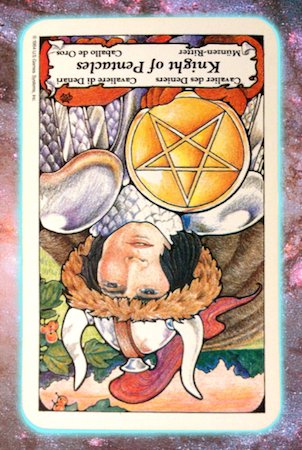 You’ve been given the time and space to do some deep digging. While dimensionality may have seemed to collapse around you, it is within you that you have discovered an expanded terrain. Having been given this, and a rustic set of tools with which to work it, have you taken full advantage of the situation? Behind you, the sun is setting on a period of time out of time. The ground you have dug into lay like a wake, testament to the foundational upturning you have wisely engaged in. Grateful for the opportunity to focus in such a way, now you turn. Now is the time for the inbreath. As eager as you may be to release all that you’ve gathered within, there remains a pause. The conductor’s baton has not yet signaled the time of engagement with the next movement of the score. Time remains suspended. Sound stills. Just for a moment. What has been prepared for, though yet unknown, is about to begin. With what you have had at hand, you’re ready. Settle into the silent upbeat, and focus.

At this point of vacuum, nothing has been lost. Pressure hangs in a re-ordered angularity within the space of being. You feel it, at once compressing within yourself and outwardly having released mathematical restrictions impeding the shifting of geometric stability. There is more than just your own sense of ingathering; within the holographic whole, there has been initiated an inbreath, a preparation for motion. The collective has done the plowing, digging, and recuperation of what has been unearthed in the activity of foundational consideration of reality. Within the silence, the reverberations of what had been as crashing, thundering noise has lessened. The roar has lost its intensity. In the remaining fluctuations that hover in the shared space of conscious awakening, truth, like photons riding on sunbeams, streams into view. Illuminated particles of information swirl, those that remain within the vacuum created by a collective breath of preparation. A gasp will complete the assimilation of particulate reality. You who are ready will witness what is to be.

In all the moments strung together that have preceded this turn of universal awareness, have you noticed the pieces of this and that which you have collected have become amalgamated? As if by some kind of interpolational physics, tiny tidbits gleaned from what lay beneath your feet have self-assembled to the point that you hold in your hand something coherent, something born of your willing instinct engaging with the fertility of a shared creation of reality? You’ve found some hidden treasures. Some have found you. The mission you found thrust upon you has yielded something unexpected, something unmistakable and perfect in framework, if not yet form. Are you surprised by how stealthily the shifting significance of reality has drawn you into a novel construct? If so, it is something you can get used to, as stealth and irony are some of the most stunning, if not appealing, aspects of what you could call a universal mind. You are a function of this. As the final moments hang and expectancy gathers its voice, stay focused on the temporal opening just ahead. Maintain your groove, and be ready. Relax. The details are sorting themselves out.

Love
In the moment in which you forgive yourself for being human, you become more fully human, and more divine.
https://ninespath.com
Reactions: Tristan

This morning's dream was a rare dream indeed for I experienced the mind fusion that is the Event, in a dream sequence.

As I have diabetes, I also have foot neuropathies, which makes it painful to walk on my feet. In my dream, I was in a place quite far from home, with no shoes on, and it was, of course, painful standing on my feet. But I decided to make the journey, slowly, painfully, as setting out and just getting there was the goal, and I decided to deal with the pain by pushing on. So I hobbled over road shingles, gravel, grass, smooth footpaths, carefully picking my way around obstacles in the footpaths, and made it on to a bus for the final journey down a long hill, to my "home" bus stop. I didn't get a seat on the bus, and was standing in the aisle. The people were all wearing light coloured clothing. One man who was riding the bus told me I had really helped him, which touched my ego, but I continued on past him down the aisle to the front of the bus, as I thought we were on the home stretch and I wanted to make sure I made my stop. Hanging onto the strap near the front seat, I saw a small black-skinned boy tumble forward, along with some luggage, as the bus was now cruising quite fast downhill. But I didn't worry about that, because I knew that a nozzle at the front of the bus was about to burst some energy onto us, and I wanted to get as much of it as I could. The nozzle started shooting liquid or gaseous energy, which was pale-coloured, blues, pinks, golds, sparkles, and it was directly going into my face, into my third eye, but then it spread as a joyous cloud, washing over everybody. I had an in-dream "mind-gasm". I have never taken drugs, but it was hallucinogenic, ecstatic, and mind-expanding. The bus was still rushing down the hill as this occurred, but I felt I had reached my destination, without physically needing to reach my stop.

Upon awakening, the narrative of the dream felt like the decision to continue on this life-path and then meeting the consciousness-stirring field of energy which we have tasted in droplets, but may be about to burst upon all of us now.
Vibrate in accord with the universal notes​
​
As long as bribery, intimidation, threats and blackmail are used to enforce public health, there is no real public health (Lisa Renee, creative commons 3.0 BY-SA, www.energeticsynthesis.com) July 2020​
Reactions: Alain, DebM, Maryann and 1 other person
OP