Summary: The turning wheel of time clicks into place, revealing the full form of the secret-sharers and speakers of truth. Nothing can pause its inevitable circuit, nor mask the volition of light that beams forth as all the pieces lock in agreement, opening wide the portal of truth. The dance dissolves. Where you are as the strobe flares into full illumination unmasks all intent. Immobile, manipulation of reality upended, heart exposed to light incorruptible, you hang. A moment of great significance moves from expectation into revelation. You are called to extend your hand in response to the call of a higher order of code. Reach, and know that the hand of justice offers grace to those ready to rise. 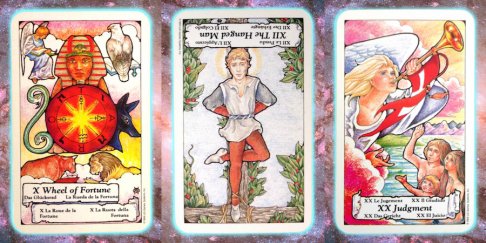 Those with something to say have spoken. What message have you received from yourself? Have you, like these material message-bearers, sat in conference with higher authorities of self? Such conversations continue sotto voce within the business of the day. As they progress, full expression of internal secrets ripen to maturity. Perfectly balanced, the more highly refined aspects of human nature station relative to a grand design unperturbed by the occulted personality of intellect. What has thus far been wrought, planned, drawn or otherwise given form of intent now hangs motionless, suspended in the vacuum of a collective, expectant inbreath. Past and future lives attend the moment. Settle now into the central point of activity, where motionlessness sits locked in the axle of time. From around this central point spin all possibilities into reality, coming into form and passing from the scene as surely as the awareness of self moves from one breath to another in the act of becoming whole. Cycles turn, the design shifts in kaleidoscopic array of transient realities moving from will into being, from there into dust. What remains is the energetic core, a sentient frequency-defined encodement of light, fundamental to the framework of what is. This you can know as the self within yourself. The time has come to relax the hold of acting the part. Aspects of self have histories to endow, while the world prepares for the arrival of final pieces of information to fulfill a cycle of time.

The dancer has emerged and finds itself locked in the act of executing a pirouette. Have the tables turned? Has the stage betrayed a pattern performed by footsteps moving in sync with a greater scheme? Of a moment, the music has modulated, strings pulled into alternate tunings while scattered rhythms recapitulate some semblance of the original score. Time, suspended, faces discovery. How awkward might this moment be, without the typical framework being arranged in its typical orientation? From there, however, eyes survey the situation. There is little to do but to take in the scene, for in this dilation of time the dancer is caught in the headlights of fate, frozen mid-turn. The blatant light of truth nails all movement to the floor. What have you got to say for yourself, now that familiar laurels are pulled away from screening the intricacies of your footwork? As luck would have it, you’re caught holding your next trick behind your back. Your features alone must convey your intent; only your soul can gesture through the facility of your eyes. Heart exposed, you are brought into a space in which shielding recedes, leaving you shadowless on a light-flooded plinth. Perhaps this is not what you had expected. It might have come as a surprise to see things turn out the way they seem to be, but remember, time is now held captive by light beaming from the nucleus of a story fully told. Are you ready to know the truth? Time will tell. The strobe reveals what’s within the movement.

The call that emanates from silence resolves the geometry of stasis in dynamic resolution. Form and framework modulate into frequency vectored heavenward. Time is broken. Surface tension likewise breaks as fully-formed awareness arises from the collective depths of shared perception. Individuated response, stripped of all fashion of designation and trademark, stands bare and prepared to receive the pronouncement of a new cycle’s genesis. Core codes are in a state of flux. What had been will cease to be. New encodements birth a higher-functioning apparatus of being. Will you rise to the harmonics of revelation, shameless in the shadowless light? Suspension of time allows your lineage to furnish essential protocols of mastery of your blood codes; likewise, projections of soul from alternate timelines offer gifts of internal assimilation. As you emerge from the formless sea of potential, the essential story of who you are comes together. Crystallizing from the mirrored surface of persona, you are called to engage with the structure of a new covenant. Life animated from living waters responds to harmonics of a higher degree, stirred into full awareness and reconciliation with divine purpose. Will you respond to the call for sanctification of the one who you are? What’s happening now requires your participation. Reach. To touch the invisible geometries reshaping this world will mark your transformation for good. The significance of this moment cannot be more clear.

“Instead of enforcing a system of so-called justice from others outside the individual self, it is much more effective to demonstrate the benefits of the individual maintaining balance from within, even when what the individual is within is total chaos. There is a point of stillness and realization which can be found by any living thing at the center of any of its atoms. Light is born there, and ignorance is dissolved into a singularity of opposites. When the individual discovers this point within his awareness, he discovers justice.”

Love
In the moment in which you forgive yourself for being human, you become more fully human, and more divine.
https://ninespath.com
Reactions: Tania, Alain and Manuel

Wow, three biggies!
That hanged man looks so 'normal' when he's upside down

In an upside down world it is,
change, patience and the everpresence of om
Reactions: Tania and Maryann

Maryann said:
The dancer has emerged and finds itself locked in the act of executing a pirouette.
Click to expand... 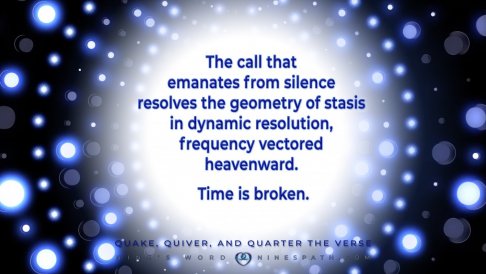 Reflections on this week's (just ending) cards: Like a laser beam, destiny points to now with elemental forces in attendance. They have listened and recorded, they confer and find accord in the light directed at this moment. Movement stops. Caught in the act or caught in attention, a still point of reckoning pulls the main actor into center stage. How well can you balance where you are? Can you find the core vibration that moves through you, transforming from light to sound, from potential to manifest becoming? This is a significant point in time and you are present to witness, to engage. Draw your attention higher, and reach further. The hand of divine rectification makes itself known.
Reactions: Tania and Lila

Will people simply disappear to go to another earth? Or will people of light simply die and reincarnate on the new, better earth? The rumor was that a new, clean earth was being created by millions of other beings. I assume this was for people who are ready to ascend.
Reactions: Maryann, Bert and Tania

The type of game that is,played online also reflects a local game collectif, supposed you bother reading the text written by others, it gets heavier at places, while lighter at other places

Every disteaction can serve a higher purpose if correctly used
Reactions: Maryann and Tania

Maryann said:
Reflections on this week's (just ending) cards: Like a laser beam, destiny points to now with elemental forces in attendance. They have listened and recorded, they confer and find accord in the light directed at this moment. Movement stops. Caught in the act or caught in attention, a still point of reckoning pulls the main actor into center stage. How well can you balance where you are? Can you find the core vibration that moves through you, transforming from light to sound, from potential to manifest becoming? This is a significant point in time and you are present to witness, to engage. Draw your attention higher, and reach further. The hand of divine rectification makes itself known.
Click to expand...

It really is so encouraging to read - I wonder sometimes why I sit so still in all the turmoil -and how change all around is so soothing. There were many years I couldn’t seem to break into “reality” for all my action - and now it is as if reality has arrived.
Reactions: Hailstones Melt, Maryann and azlynn

There is no point in fighting - so stillness is the way. The clarion call is heard and has been ringing out for those with ears to hear, for decades now. I've realized before, and now again, that the hologram is reflective - the aspects you choose to see are you showing it to yourself. I have never felt the need to drag others into this, along with me. Their time for percipience is when it is, allocated by their own abilities to absorb and deflect. I love Tania's direct understanding, that her time for her is now here.
Vibrate in accord with the universal notes​
​
As long as bribery, intimidation, threats and blackmail are used to enforce public health, there is no real public health (Lisa Renee, creative commons 3.0 BY-SA, www.energeticsynthesis.com) July 2020​
Reactions: Maryann and Alain
You must log in or register to reply here.
Share:
Facebook Reddit Pinterest Tumblr WhatsApp Email Link