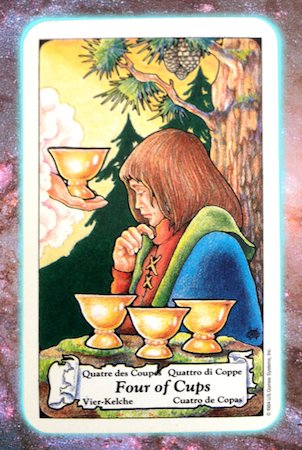 Time after time, you’ve seen the same promise come to no fulfilling substance. Time after time, witnessed the story come full circle just to end up empty, cold, sterile. Some things may have been like that. What you have before you, in taking an assessment of the story, might lend some credence to believing it will always be like that. Drawing your awareness inward, you will inevitably come across the debris of empty promises and broken dreams. They are as much a part of the landscape of review as discarded remnants of halfhearted attempts, poor planning, or merely the unformed framework of ideation not given time to come into its fulness. These things are not unique to you, in the broad sense of things. How they take on meaning is. You are the one who sees them for what they are and gives them a name. On second thought, you can rename them, reframe them, consider them complete. As you do, something new is gathering substance.

It’s not often that circumstances give you the opportunity to start over, even if that’s just to call a spade by another name, if it fits your perception. This is no time for fooling yourself into thinking a spade is a bunch of grapes, if it is merely a spade. You have little time left for entertaining illusions. Neither do you have time to maintain an illusion that has fallen flat in the reality-making department. If, time after time, you have met with disappointment on a certain matter, that’s no reason to think the pattern is on infinite repeat. Pause to consider the nature of the pattern. How has it been presented, received, talked about? What has been your relationship to it with regard to the temporality of your own movement through becoming something more than what you have been given? Have you been yourself the vessel of promise unmet, dreams unmanifest? Get real, and decide what you’re going to do next. Opportunity is presenting itself, again.

In the depths of contemplation upon who you are, you are given a moment before time does a trick of its own to revisit your past incarnations. Who have you been? Who have you forgotten yourself to be? It could very well be that if you look into a vessel that carried promise some time ago, you wouldn’t recognize who you see reflected, beyond recall. In such cases, a benediction serves well to give thanks for the experience and pass along to the next revelation of self. As you move through the trick time is working in this clearing in the woods, light is falling on your mind. Forest shadows yield to the light of illumination. You will receive more of its benefit by bowing to its presence than by questioning its meaning with the eyes of your present persona. Suspend that, in this instant. In fact, you will receive the fullness of beneficence by letting all personas fall away, inert, free from meaningful attachment. Having tasted those things that have been placed in front of you, the question now rises: Are you ready to taste from the holy grail itself? The quest of self begs you to rise. 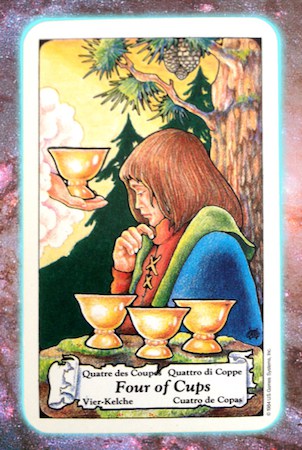 You have little time left for entertaining illusions. Forest shadows yield to illumination. Bow to its presence without question from your present persona.

Love
In the moment in which you forgive yourself for being human, you become more fully human, and more divine.
https://ninespath.com
Reactions: Lila
OP

Denise Le Fay, author of HighHeartLife blog, says that she always knew some of her past life memory recall would fade away when the time was right to drop that information, so she wrote two books about some of her spiritual journey in those lives, to capture it. I think that once, having truly possessed it in your heart, you can let it go.
Vibrate in accord with the universal notes​
​
As long as bribery, intimidation, threats and blackmail are used to enforce public health, there is no real public health (Lisa Renee, creative commons 3.0 BY-SA, www.energeticsynthesis.com) July 2020​
Reactions: Alain, Maryann and Lila
You must log in or register to reply here.
Share:
Facebook Reddit Pinterest Tumblr WhatsApp Email Link