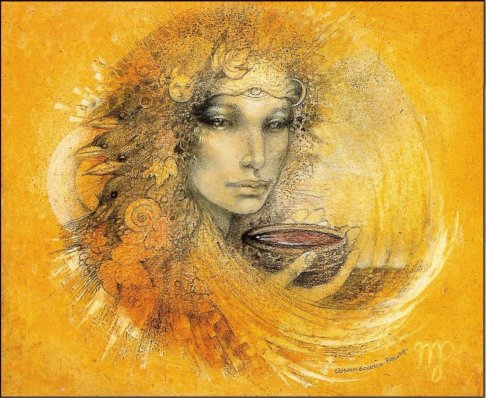 ​
We are coming come down to earth after the Lunar total Eclipse with the actual facts of whats happening around us.

Mercury squares Saturn, Scorpio to Aquarius at 18 degrees so this is when the serious thinking and analysing happens on deeper levels and people could worry more if they have anything that is worth worrying about.

With mid term elections in USA there could be some of this., not to mention other global events taking our attention including massive changes taking place with our global economy .
Scorpios and Aquarians, Capricorns and Virgos, Geminis too and probably Taureans at this time could be more affected than most by todays aspect but its likely we will all be doing a little pondering at this time, doing some reassessing of what comes next as an even stronger Saturnian aspect is next.

So remember to seek the company of cheerful people if you are feeling a little shell-shocked by eclipse proceedings which are still in effect for days or weeks in some cases , even months.

A lot has been taken out of our hands by fate pretty much.

For the moment we can expect some repercussions, results, or whatever else we may want to call it in the coming days towards the APOGEE moon when the Moon is furthest from the Earth in 3 days time, as this is a powerful position of the Moon with a very focused effect on the planet and we on it.

So if there are tensions still rising with the Full Moon still in effect it will be drawn out until then for many of us.

For others the aches and pains and general extremes should begin to abate by now.

We should get a bit more peace of mind or some of us at least with Venus trining Neptune in an aspect that is one of the more calming and spiritual influences, but this may not outweigh the strong square of the Sun to Saturn at around 19 degrees Scorpio and Aquarius, as this is getting even more serious. The Sun represents world leaders and Saturn laws, rules and Gov, also control in this case and some fear possibly, certainly a hard hit of reality and a need for possible damage control.

The Venus/Neptune aspect will help many of us who can see the bigger picture however, and understand that everything happens for a reason . At any rate there will be plenty of healing energy around and solace too on a higher level of being .

The Venus/Neptune aspect happens at 22 degrees Scorpio and Pisces so this is quite a strong protection coming from the heavenly fields in my book.
Another positive is a quintile of Mars to Chiron Gemini to Aries so theres plenty of help (and validation) around of the active sort and plenty of ways to communicate concerns and solutions from those who have the knowledge /wisdom.

The two days before the Apogee moon which will bring a lot to a head no doubt individually and globally, will have mainly positive aspects of Venus/ Pluto and Mercury /Neptune with some very active Venus/Mars and Mercury/Mars quincunxes which look a little hectic but not impossible to cope with, the latter being on the day of Apogee which is a Monday in NZ and Sunday USA /Canada and UK will have some of that period at least on Sunday, the rest on Monday.

We cant forget that Mars is still out of bounds and will be for some time so he is acting quite a bit like Uranus that is having such an impact, being so prominent on the lunar total eclipse day itself.

It all reminds me a LOT of the Tower card in Tarot so that the unexpected is still afoot, very much so.

Image by Susan Boulet
"We are endless galaxies but we have seen just one star."
My Astrology focused Facebook Page: Neptune's Magic