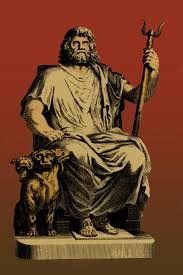 ​
Today Pluto is at station about to go direct.

As Pluto rules Scorpios, this is good news for them as Pluto is about our personal power, and especially so for those that are born in this sign, as they are in tune with the energies of this small but extremely intense and powerful planet.

Before the discovery of this planet this sign was ruled by Mars, so Scorpio people also carry the energies of that planet still.
I find in fact that there are two types of Scorpios, the more outspoken and direct and the others that hold back so much even though they have the knowledge but they are so confident in self that they do not feel a need to tell all that they know and in that way they hold power over others.
Most Scorpios are a mix of both however.

Much of the Scorpio persona is hidden but powerful and very strong in ideas and beliefs. And they do not care if they are liked or not which adds to their power.
Pluto resonates strongly to that energy and is a fitting ruler.

The planet contains concentrated energy and was discovered and named in 1930 even though others were aware of the presence of this planet earlier.

Soon after the discovery Nuclear power was discovered as in 1932 James Chadwick discovered the neutron and Cockcroft and Walton produced nuclear transformations by bombarding atoms with accelerated protons and one thing led to another… This has always been associated with the discovery of Pluto as it was a new kind of power that could destroy so much so quickly and also be used in electricity generation, medicine, industry, agriculture, as well as in our homes.

Like the God Pluto it is not all bad but it can be dangerous and destructive.

Pluto as a God was the ruler of the underworld , his earlier name being Hades. Pluto represents a more positive concept of the God who presides over the afterlife. He was also depicted as the Greek God of wealth, because mineral wealth was found underground, and because Pluto ruled the deep earth that contained the seeds necessary for a bountiful harvest.

Pluto was venerated as both a stern ruler and a loving husband to Persephone although he was reputed to have kidnapped her to begin with to rule with him.

Pluto also had a three-headed dog named Cerberus that guarded the gates to the underworld.

Pluto or Hades was not an evil god, for although he was stern, cruel, and unpitying, he was still just.

Some of his supposed abilities are that he can summon and control legions of the dead and he can unleash endless waves of the dead to attack his enemies. He can control to a large extent the dead and spirits native to the Underworld.

This all sounds rather grim but its important to understand the power of this planet in relation to this specific year 2020 when he has been so close to Saturn in Capricorn and we can feel blessed to have had also the presence of Jupiter in this sign representing a kinder more benefic God for protection as the year unfolds.

Heaven help us indeed if Jupiter had not been present as the former two colluded at the beginning of this year.

Saturn and Pluto’s conjunction in January has personally, for all of us provided a chance to explore our own deepest shadow selves throughout this year and has brought a great test to our planet about light and darkness, although most do not know they are being tested in this way.

There is a great dilemma as to whether to dig deeper to discover new truths or to go with the status quo which even for many of those who seek such truth appears to cover something far too sinister to even “go there”.

Both planets have very efficiently destroyed the world's economy which needs a serious “reset” which is bound to happen when it all comes to a head in December this year or soon after with the Aquarian energies coming in so strong, and when Pluto can no longer have a say and is left out of the picture.

In the meantime this planet is going through a rebirth due to the energies of Pluto and Saturn , (Aquarius too) setting the trend for this, so when Saturn moved into Aquarius saying “new rules are necessary, and let the birthing pains commence", everything began to transform.
We know that Saturn is now back in Capricorn until Dec, so there much more to come.

The directions and decisions we make after this time are life changing not just for us but for the world…And the old saying applies.”be care what you wish for” .

And so does the saying” beyond this place there be dragons”.

As with Saturn’s station point this is a turning point for Capricorns only this time its at 22 degrees, so anyone with planets or points near that degree will feel this more than others.

For all of us this is a time to reassess how we are using our own personal power and how we will use it in times to come.

It's also a key date for any strong transits of Pluto happening for us this year. If they have been a problem as in negative forces, this is when the tide turns to work with the energies in ways that will benefit us for the future.

If positive then the positive influences increase after this time.

Strong transits to our Sun or Moon mean we are in a two year phase of rebirth changing our relationships, career or location as well as going through fundamental changes in what we value most.

There can be loss with this but also amazing new aspects of self, such as new talents coming in.

I am a great fan of Pluto as he is no nonsense and he forces change through facing our own shadow self where so much of our power lies which we tend to be afraid of, and it reminds me of the fact we are all more powerful than we can possibly realise on a soul level and even a glimpse of the brilliance of our own inner spiritual being is enough to bring a miracles our way.

This year more than any other can bring such miracles and a great rebirthing for so many of us, and definitely for this planet.
After today this begins in earnest.
"We are endless galaxies but we have seen just one star."
My Astrology focused Facebook Page: Neptune's Magic
Reactions: Alain, Tania, Pucksterguy and 1 other person

It sounds very much like the turning of the tide; full of the unexpected and (I believe I am also understanding) the wonderful, with dragons + things wished for included.

I believe I already see this beginning around me.
Reactions: SciFyre, Alain, Pucksterguy and 1 other person

Change is yet again another constant in my life right now.