Article PLUTO DIRECT AND ARIES FULL MOON BRINGS A GREAT TRANSITIONAL PERIOD FOR US All. (1 Viewer) 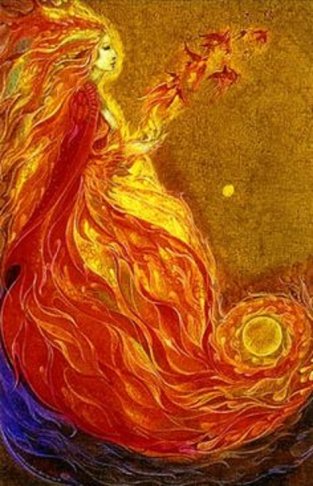 ​
PLUTO DIRECT AND ARIES FULL MOON BRINGS A GREAT TRANSITIONAL PERIOD FOR US All.

Plurto is at station about to go direct at 26 07 degrees. This is one of the most important stations of Pluto for a very long time, as he wont stop until he has reached Aquarius in March 2023 and stations again 2nd May 2023.
Then in June he will return to Capricorn until January 2024 when he moves back into Aquarius until Sept, returns again to Capricorn until 24th Nov when he finally settles in the sign until January 2044.

I have written a lot about this transit in the last months as the move back and forth from Capricorn to Aquarius from March will mean he is dealing with power struggles on the planet and sorting out the balance of power and wealth too around the globe. It will be a real transitional time in the coming few years as we ease more into the New Age when so much will change on this planet.

I DO believe in the rise of consciousness and there IS evidence of this even if it doesn’t seem evident to many people. There will be equality and fairness and a return to the values that matters as Pluto is about what we value as well as where power lies within us individually or collectively in relation to world leaders etc.

Power comes in many forms such as via wealth, fuel resources or simply energy itself, as Pluto is a very small planet but very powerful representing the power of an atom and other particles that carry energy packed into small places.

Today we make a transition to a new state of being that carries a wealth of anticipation and “ knowing” of the future that is to come and which is always within us waiting to manifest into a physical reality which will include new medical technology such as quantum healing techniques which is already being used with small pockets of medical people.
Medi beds were just the beginning of this.

New Fuel sources will emerge which are already known of but mostly hidden from the public at this time, as we remember after Pluto was discovered nuclear power came into being. Every sign he moves to there are advances in these fields.

The discoveries that will be made with this move of Pluto concerning climate change will be found to be a natural phenomena that happens in Earths cycles in a rhythm that Astrologers have known about for centuries and which was at the basis of Astrology's origins.

Also the difference between CO2 and other carbons will be more widely spoken about openly as it is the pollution from bad fuel sources and chemicals that pollute our skies and oceans, water ways and land that is the greatest danger to mankind.

The weather will have its extremes always and nothing will change that. Nothing man does will change the power of the Moon and planets over earths weather patterns. But man can change the polution of our air etc. The same goes for our bodies with our diets and medicines.

Pluto in Capricorn (Gov rules and regulations/restrictions) brought more power to Gov bodies which we have experienced in extreme forms and which interestingly came to a head in the last three years in an attempt to control just about everything in our lives, as Pluto was ending his journey through that sign.
Today is the turning point .

And in your own birth charts this is the end of, at least turning point for the better of any hard aspects that Pluto has been making over the last year or more, by transit that is affected your own transition.

There will be new aspects forming before too long when Pluto reaches the 29 degree mark in February 2023.

This happening near tomorrows Full Moon in Aries is a highly cathartic rebirth phase for many people and will come in many forms.
I do believe this will affect Aries people very strongly today and have been thinking of all my Arian friends in the last few days.
I hope you all fare well and the transition is a positive time for all of you .

This can be said for all of us as many of us have planets and/or points near the Full Moon degree or in the opposite sign of Libra or on in the other cardinal signs of Capricorn and Cancer.

Many of us have planets or points near the station degree in Capricorn .

Scorpios as well as the mentioned signs will particularly notice this, or Scorpio "types."
I believe we will all feel this as its global to the extreme and highly symbolic of the advancement of planet Earth as Pluto moves on to help finish what Jupiter and Saturn began at the end of 2020 when they were conjunct in Aquarius.

The Sabian symbol for the station point of Pluto today is (we take the 27 degree symbol) “A military band marches noisily through the streets”.
This is about a wakeup call for us all which is probably coming very soon from a powerful source. Its about needing to make a show for society to remind us of successes and achievements as well as failures of the past. Its about noisy announcements among other things which are more likely at an Aries Full Moon than any other time of the year in my opinion, as Aries is direct and straight to the point, not to mention at times a bit overly assertive with speech and fiery.
It's about what NEEDS to be heard by ALL.
So it will be an interesting Full Moon I am sure.

So happy Full Moon in advance people and especially Aries and Librans. I can say Scorpios and Capricorns too due to Pluto direct.
But this ones for us all!

Enjoy this time of great transition that will affect us all differently but on deeper levels it is a global event and wake up call to own our own power and use it very wisely.