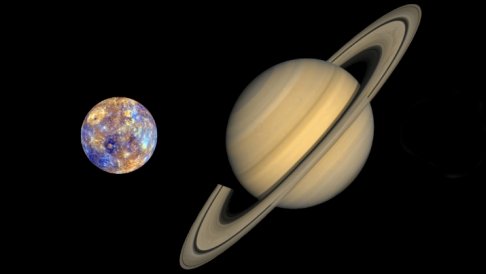 Any strong aspects near a full or new moon get pulled into the lunation energy and in this case its Mercury conjunct the North node in Cancer.

The nodes are not planets but a point where the orbit of the moon intersects the ecliptic. These points are highly karmic with the north node being of the nature of Jupiter and the south node of Saturn.

This is therefore a positive aspect and it happens at 17 degrees Cancer, which could explain my positive mood right now although it is on almost the exact degree of my Saturn which is having it's opposition this year, so anything could happen and probably will seeing it is one of my full moons as well in Sagittarius tomorrow.

Technically I should get some important news or have some sort of positive happening that is of a destiny nature with this aspect, as should anyone with Sun or moon or Asc or other important planet or point on that degree.

It is also an important and positive aspect for Virgos and Geminis , Cancerians too, for all of the above.

The Gemini, Virgo and Cancerian influence is amplified by Mercury's trine to Neptune in Pisces adding to the spiritual or "other worldly nature of the Nodal aspect, which has overtones of a past life influence that could emerge during the full moon in the next two days.

This aspect is especially positive for Pisceans, and overall it is an aspect of great intuition and right brained thinking, as well as carrying a wealth of creativity in our thinking processes.

Anyone can tune into this energy as the aspects are never always confined to specific signs which is why sunsign astrology is never fully accurate.

We are all made up of all the signs in fact.

Tomorrow the full moon in Sagittarius comes with an opposition of Mercury to Saturn, which does add a touch of the sombre to the excitement of the moon, or maybe it represents the misery or a hangover that’s possible with all the over the top Sagittarian indulgence.

Someone is bound to try to rain on our parade with too many "rules."

Maybe Geminis will find it all a bit much being the opposite sign of Sag, where the Sun will be on the day.

However Sagittarius is a fun loving and humorous sign so there should be enough frivolity around to brighten even the most serious of people.

Mercury will be quincunx to Jupiter on the full moon, so the humor will be lurking in the background for sure, and with Jupiter square to Neptune, spirit will be close if all else fails.

The Jupiter /Neptune aspect is very powerful on the day and will bring strong effects for Sagis and Pisceans too, as both planets are in their own signs emphasising the water aspect of this moon, as Jupiter was once the "ruler" of Pisces before Neptune came along.

I would expect oceans to be in the news this full moon and travel also, especially to do with ships and travel.

It makes me wonder about whats happening in outer space too as it relates to the earth, as the oceans of the universe are very much a factor.

And dreams should be vivid these few days. I have had some interesting astral journeys myself involving Piscean friends.
And many about travel...


The mind should be soaring to unknown corners of the universe for many of us with this aspect on the full moon.

Last edited: Jun 16, 2019
"We are endless galaxies but we have seen just one star."
My Astrology focused Facebook Page: Neptune's Magic
Reactions: Linda and Laron